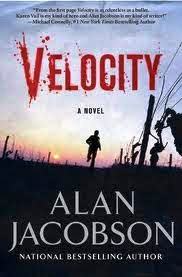 She glanced at the dashboard clock.  Running out of time.  Two and a half hours.  Nothing's ever easy, Karen, is it? -- pg 126, Velocity by Alan Jacobson

This part is a little inner monologue as out lead character, Karen Vail, realizes a deadline is fast approaching.  The book started off with a bang...let's see if it finishes that way... 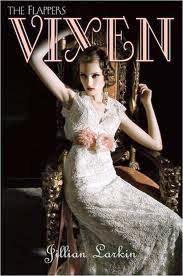 Later that night, when Gloria reflected on these next five minutes of her life, she would have no clear memory of them.  She would remember hearing the piano begin to vamp.  But she would not remember singing to the six men in the chairs at the lip of the stage.  -- pg 136, The Flappers:  Vixen by Jillian Larkin (ARC)

Oh! I'm really looking forward to Vixen! Can't wait to get that one :)

Ooo running from what I wonder?

hmz1505: Definitely...scheduled to release in December!

woo, i can't wait to read vixen!! what other books are from the 20's besides bright young things, b/c I would love to read them too!! the teaser just makes me want to read the book more :)

I have my eyes on vixen

Vixen sounds so intriguing! I love the 20s so this book is probably right up my alley! I hope you're enjoying it!

Carrie: Hmm..will have to think on that...those are the main two I've seen right off the top of my head, and both are good!

Cleverly Inked: As does everyone else! ^_^

Casey: Definitely! Made a huge dent in it tonight....pages are flying by....