Hi there!
Welcome back to the site that aims to please the bookish part of you EVERY day of the week…Satisfaction for Insatiable Readers.

Today, we’re taking a break from the review circuit to bring you a special book spotlight on a newly released Young Adult title from another author you need to know (no, really…her Marina’s Tales series is wonderful!).  It stars a young girl hidden away from the world (why?) with a love of books (yay!), her chance encounter rescuing (go girl!) a bad-boy (ooh!) and the twisted path that fate has laid before them both.  Curious?  Let’s introduce this book properly, shall we?  Welcome to the spotlight…. 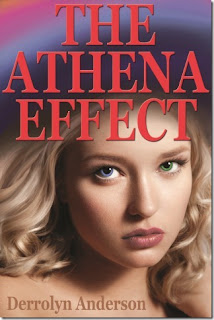 The Athena Affect
By
Derrolyn Anderson

Country girl has been kept a secret her entire life, raised in isolation by two very troubled people. Despite her parent’s disturbing fits, is perfectly content, living at one with the nature that surrounds her, and finding adventure inside the pages of her beloved books. When an awful tragedy tears her away from her remote cabin in the woods, nothing she’s ever read has prepared her for a world that she knows very little about.
Girls and motorcycles are what bad-boy ’s life is all about. Brought up in a raucous party house by his biker brother, he’s free to do as he pleases, going through the motions on his final days of high school. Aimless, stopped thinking about his future a long time ago.
Attacked by a gang of thugs while running an errand for his brother, is in serious trouble until a fierce girl appears out of nowhere to intervene. She chases off three grown men, sparing a brutal beating before disappearing into the night like a spirit. He can’t stop thinking about his mysterious rescuer, and when she turns out to be the weird new girl at school who goes out of her way to avoid him, he can’t contain his curiosity.
He’s never met anyone like her before, and the more he learns about the unusual girl who shares his nickname, the more he wants to know. can’t help falling for , but can he keep her from falling victim to a dangerous enemy from her parent’s tragic past?

Sounds good, right?
I know…I thought so too!
Of course, I don’t know about you, but when I’m curious about a book, I like to read the synopsis…and then a little.  You know, just to get a better taste of what’s in store.
Guess what?
I’ve got an EXCERPT straight from the author JUST FOR YOU!

She stepped out from the shadows, shrieking, “Stop it! You’re going to kill him!”
The three thugs looked up with shocked faces, “What the…”
The punching man stopped in mid-swing and charged at her. She tried to run back into the tree line, but was thrown to the ground by a flying tackle and dragged by her ankles into the clearing. She kicked and fought, twisting and clawing at the turf, but she was unable to break free. Her hood slipped down and a mass of curly blonde hair spilled out.
“Let go of me!” she screamed, remembering the last time a killer tried to drag her away.
The man lunged on top of her, straddling her and pinning her arms to the ground over her head.
“Shut up or I’ll shut you up,” he grunted from the exertion. The other two men stood looking down at her as she struggled futilely to get away.
“Here to save your boyfriend?” one of them asked, making the other one laugh.
“Help!” she screamed at the top of her lungs. The man on top of her released one of her arms to slap her hard across the cheek, and it was all the opening she needed.
With a well-practiced grab, she drew her hunting knife from its sheath on her belt and pressed it to his side, ready to plunge it in. He looked down in horror and reeled back from the long blade, allowing her to push him over onto his back and spring to her feet in one swift move. She crouched above him, poised to plunge it into his belly.
“I swear I’ll gut him!” she yelled, her eyes flashing at the men who stood frozen. “Get back,” she growled through gritted teeth, trying her hardest to send them all an icy blue blast of fear.
It seemed to work, because the man lying on the ground called out, “Do what she says…” His eyes were wide in the moonlight, locked onto the gleaming silver blade.
“Back off,” she yelled again, watching the others as they slowly moved away. She kept the knife raised with both hands, shaking from the rush of adrenalin. A police siren wailed in the distance and the two men looked over their shoulders nervously.
“Take it easy Blondie,” the one on the ground said. “We were just leaving.”
She slowly backed away, keeping her knife at the ready, fully prepared to dive on him and stick it deep into his belly without hesitation. The man scrambled backwards, finally rising to join the others. He brushed himself off, trying to regain his dignity, and signaled for them to leave. She watched the three of them disappear back into the shadows they’d come from.
Satisfied that they were really going, she turned her attention to the beaten boy.
had crawled to his knees and witnessed the whole scene, and he looked up with bleary eyes to see the girl standing over him, her golden hair reflecting the moonlight like the halo of a guardian angel. The police siren grew louder on the road beneath the hill, passing them by and fading away into the distance.
She bent down to offer him a hand, and he took it, focusing on the two raised scars that ran down the length of her forearm. She pulled him to his feet and he stood wavering, rubbing his sore jaw. It hurt to breathe, and he wondered if they had a broken rib.
He watched in a daze as she slipped her knife back into its sheath, pulling her oversized sweatshirt down to conceal it. She pushed her sleeves down over her arms and flipped the hood back up to cover her glowing mane of hair. It occurred to him that she might be a ghost.
“You need to get out of here before they come back,” she said.
“Where did you come from?” he choked out, looking back the way the men left. “Who are you?”
When he turned around she was gone.

Oooh...who is she indeed!
Anyone up for a story with a kick-butt heroine?
*raises hand*
Then you (like me) are in luck my friend!  Sounds like this one is gonna be pretty action packed, not to mention mystery filled, but I've already added it to the old "to read" list for next year....but by all means, don't let my reading schedule stop YOU from checking it out sooner as this ebook is available now at some of your favorite online retailers including Amazon, Barnes & Noble, Smashwords, and iTunes!

That being said, I have another way for you to read more about it…if you’re up for it.  Wanna know how?  Wish granted!  Thanks to the generosity of the author, I’ve got YOUR CHANCE TO WIN an eBook copy of this book to call your own!  (~happy dance~)  Here’s the scoop….

(1) ebook edition of The Athena Effect by Derrolyn Anderson via SMASHWORDS
(You know, the site that has pretty much ALL formats of ebooks available for wider reading availability!)  Ebook format choice will be up to the winner.

How to enter…
…just fill out the Rafflecopter form below and you’re in!

The rules…
Entries accepted today through midnight CST Sunday, November 11th, 2012.  Open INTERNATIONALLY or to anyone able to use SMASHWORDS.  ^_^  Winner’s email will be sent to the author for code send out…redemption of the code will be entirely in the hands of the winner (its easy peasey…promise!). 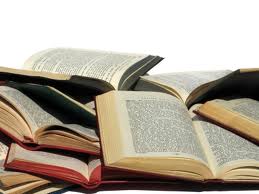 There you have it!
Another book to put on the “wish list” and with a little luck (and your entry), it might have a short stay there indeed.  Special thanks to author Derrolyn Anderson for the chance to bring this title and contest to you.  (THANKS!)  For more information on this book as well as her complete body of works, be sure to visit her online, or follow her on Pinterest.

Awww your blog is adorable! I'm a new follower from over at Book Blogs. I'm currently having 2 giveaways if you'd like to enter. Just click the giveaways tab at the top of my blog to check them out! I would be absolutely thrilled if you would stop by for a visit and follow back if you would like. Here's the link: MaMa's Book Corner I hope you have a fabulous weekend!

I love the excerpt for this book! It definitely has me intrigued especially if you say there's a kick butt heroine!
Thanks for the giveaway!

This sounds like a fascinating book. What intrigues me about this book is the exerpt and that the main character is raised by such strange parents. Thanks for sharing and for the giveaway.
~Jess

Great feature of what sounds like a great book! I love that she's so into books too. Thank you so much for sharing this one! :o)