The Theory of Everything by J.J. Johnson 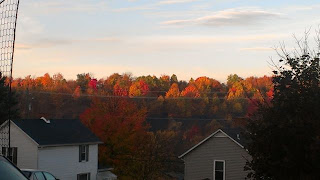 Today marks the start of a new month and a new season of reading…Fall, or Autumn as some prefer to all it.  To me, it’s a time for family and friends to come together and enjoy the holiday spirit that seems to hang in the air all around us; a time when Mother Nature is using her paintbrush to provide us with a kaleidoscope of color, if we only take a moment to appreciate her work.  In Florida, we don’t get quite the plethora of “color changing leaf” scenes, but thanks to a good Twitter friend of mine, my desktop wallpaper is decked out gorgeously…allowing me a small window to a place (well, not exactly the place, but up North no less…) I use to know.  Here’s hoping the weather is behaving and displaying its best for you no matter where you are today.  To all those ravaged by , chin up…you are in our thoughts and our hearts.

Now, speaking of changes and new beginnings (such as Fall presents us with), I’ve chosen today’s featured title with those thoughts in mind.  It’s a Young Adult title that released just last month via Peachtree Publishers from an author whose work I’ve begun to associate with books that really make you stop and feel what the character is going through; to consider what might have been and what actually was without leaving the safety of our own little worlds…yet effectively enough to transport us in the moment as if we were the main character.  If you haven’t heard of her yet, trust me…you need to make a point of getting to know her (try checking out my review of her other YA title) because when the world at large catches on to her greatness, she’ll be an even bigger name to note.  Without further ado, today’s book of choice is… The Theory of Everything
By
J.J. Johnson

Just because everyone else thinks you should be over it, doesn't mean you are.
Last year, Sarah's best friend Jamie died in a freak accident. Back then, everyone was sad; now they're just ready for Sarah to get over it and move on.
But Sarah's not ready to move on. She can't stop reliving what happened, struggling with guilt, questioning the meaning of life, and missing her best friend. Her grades are plummeting, her relationships are falling apart, and her normal voice seems to have been replaced with a snark box. Life just seems random: no pattern, no meaning, no rules - and no reason to bother.
In a last-ditch effort to pull it together, Sarah befriends Jamie's twin brother Emmett, who may be the only other person who understands what she's lost. And when she gets a job working for the local eccentric who owns a Christmas tree farm, she finally begins to understand the threads that connect us all, the benefit of giving people a chance, and the power of love.

It’s a powerful story with a snarky main character that will leave you in stitches and tears.

Sarah is one half of a best friend duo who has been feeling the loss of her “other half”, Jamie, more than ever.  I feel her pain…and oddly enough a dream I had last night has me understanding it even better…but after so much time has passed and so many avenues have been attempted to break her our of her funk, something has to give.  Jamie wouldn't have wanted her to waste her life simply because they had to part too soon and so suddenly.  Jamie would have wanted her to live in spite of the loss and maybe even because of it, showing the world what she can do while carrying the memory of their friendship in her heart forever because that’s what they were Best Friends Forever…and though death divides them, still are.  Unfortunately, Sarah sees things another way… 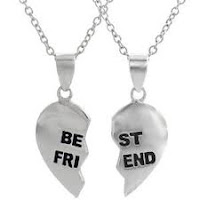 You can’t blame the girl; she saw her best friend die.  Could any of us imagine having to witness that…let alone being so near as to talk to her, touch her hand (if it was possible, which it wasn't given the circumstance) as it was happening?  It was a horrible accident (and one that even now recollecting makes me shudder) but it was just that…an accident.  True, they shouldn't have been in there.  True, they shouldn't have tried to retrieve what they were after (though to them it meant the world and most girls will remember their own experiences with these as well).  True also though that the person who left the keys behind should feel some small measure of responsibility…but the fact remains, it was an accident.  Things happen in life to anyone and everyone but it doesn't mean they were our fault.  Try telling that to Sarah because she’s not buying it.  The guilt she feels is understandable but her family and friends have tried everything they can think of to break her out of this unending cycle of grief.  When another accident happens at the site of “the event”, it’s enough to throw Sarah off her path even further but surprisingly enough it also lands her IN the path of someone that will make all the difference in the world.

The story behind the curtains (so to speak) is deep and filled with heartache.  The show going on in the here and now that we call Sarah’s life is filled with half-hearted smiles, unpredictable waterworks, and general “bad” behavior.  Her snark box as she refers to her teenage tendency to haul off with whatever sarcastically laced string of words that pops into her mind or mouth without considering its reception is HI-LARIOUS…and adds another dimension to her character.  It makes her voice real and her feelings that much more tangible…even if it adds to her family being at their wits end, her boyfriend pulling his hair out trying to walk on the eggshells in front of him (though he was a total jerk towards the end there…*glares at Stenn*), and even Ruby (her lovable dog…poor dear, even she had a hard life until finding her forever home) feeling the “crazy” in the air.  It’s that sort of attention to detail in creating the character that makes them even more memorable.

As with the author’s previous work (This Girl Is Different), there are a good assortment of characters mentioned, but only a handful that play a starring role.  Aside from Sarah and Jamie, we have Emmett (Jamie’s brother), Stenn (the boyfriend), Rosemary (an honest soul), and last but not least .  Yes, Roy.  He’s an interesting fellow (the man has a possum as a pet…that hangs on his belt!)  though he starts out his acquaintance with Sarah at the worst of times…for her that is…and keeps cropping up in unexpected (and creepy!) locations, but trust in the knowledge that he’s there for a reason and when all is revealed, you’ll feel better having known him.  Everyone plays their part and plays it well, making you care about them individually even if you are rooting for Sarah to make a big comeback.  About that comeback, don’t focus on that in your reading, because this is a classic story in the fact that it’s the journey, those small steps and BIG steps taken along the way that REALLY matters.  Each twist and turn, every upswing and downswing in mood, each fib told, every truth spoken, they all add up to the overall package and that my friends is well worth the read.

When anyone we know and love dies, it leaves its mark on us, taking a small piece of our hearts along with them.   Putting the pieces back together and learning to trust again is a HARD and necessary step, but no one can truly put a time/date requirement on it.  You can’t just say, “Hey, you. I know you’re feeling down and out but it’s been –insert time frame here--; snap out of it!”.  Talk about heartless…and yet, when we see those around us struggling through this type of situation it’s easy to think.  The “problem” in my mind can be smoothed out in the delivery.  Remember, they are hurting and imagine it was you in their shoes…offer a helping hand, a shoulder to cry on, an ear ready and willing to listen is the least we can do.  Sometimes talking about them is painful, other times therapeutic.  Feel it out with open arms and if ever the need arises, seeking someone wiser than you (even professional) is not a bad option to consider.

In conclusion, an amazing story of one girl finding her way back to her life post disaster filled with the emotion and struggles one would expect but with an outcome unforeseen.  The connections she breaks and makes along the way help her move towards building the new version of herself that she needs, nay wants, to be.  You’ll smile, you’ll laugh, you’ll gasp at the tragedy of it all and shake your head at the hand that fate deals us sometimes (as well as the absurdity of how things fall together) but the most important part is that you will FEEL it all, something that can’t be said of every work I've read.

Recommended read for older teens and beyond simply due to the subject matter and circumstances, though with a little guidance or reassurance, younger teens could certainly benefit from Sarah’s journey as well.  The only drawback I found over the course of my read was the language and capitalization; one too many acronyms for me and the overabundance of capitalizing situations, places, and things at random, were a bit much (hard on the eyes).  Otherwise, a fabulous read and one I certainly hope you have a chance to add to your “must reads”.  ARC for review received courtesy of Emily at Peachtree Publishers.  (THANKS!)  For more information on this title as well as their complete catalog, be sure to stop by their site, check out their blog, like them on Facebook or follow along on Twitter.  This book is available now so be on the look out for it on a bookstore shelf near you.

Oh! This is one I'm hoping to get to in the very near future (so I'm only just skimming your review, sorry!). I met the author at BEA and she was just as wonderful as you'd imagine. I'm so glad to hear you enjoyed this one so much!