Hi there!
Welcome back to Satisfaction for Insatiable Readers...the place to be when you need a distraction from that less than likable situation, the everyday mundane-ness that life can sometimes bring or simply a change of venue; we're here for you.  ^_^

Quick reminder....don't forget we have TWO contests on the site right now where you can enter to win a new seasonal mystery from author Leslie Meier as well as a $50 Amazon gift card (or Paypal)!  For more details, just click on the links embedded here or on the right hand side bar under Current Contests....but do it AFTER today's post, kay?  I promise, you won't want to miss this.

Today, we're playing host to a stop along a TLC Book Tour (Hi, Trish!) featuring a newly released title that you're gonna want to run out and grab today; no really, TODAY.  Ironically as I type this review, I'm listening to Pandora Radio (and no, that's not the ironic part) and Nickelback's IF TODAY WAS YOUR LAST DAY just came on.  Eerie.  Why?  You'll see, but you have to let the natural course of this review unfold to get the full effect.  Agreed?  Good deal.  Now, let's welcome the featured title of today's blog tour stop and my book of choice besides... 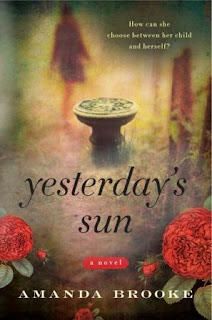 
Newlyweds Holly and Tom have just moved into their dream home, a charming English carriage house in the London suburbs. A rising television journalist, Tom can’t wait to fill the house with children. Holly, a budding artist, isn't so sure. She fears that as a mother, she will repeat the terrible mistakes of her own neglectful parents. But Holly and Tom are young and deeply in love, and they have time to decide.
While renovating the house, Holly finds an unusual crystal orb—the missing top to the moon dial in their garden. She soon discovers this is no ordinary timepiece. Under the full moon’s brilliant light, it reveals the future—a future in which Tom cares for their baby daughter . . . alone.
Holly’s new friend in the village, an elderly woman named Jocelyn, reveals the cursed secret of the moon dial’s power. Now Holly must choose between herself and her future child—a painful decision that will ultimately teach her about motherhood and sacrifice . . . and reveal how far she will go in the name of love.


If I had to summarize this story in a word, I would choose....AMAZING.

I know, it's an over used word for the most part, especially in the world of book reviews because lets face it, when we get excited about something we're reading, spouting exclamations of its praise is common place.  Been there, done that...going do it again more than once and I make no apologies...though I do try to vary the lingo used.  This one though...there is no other way to describe it, but I shall endeavor to try. 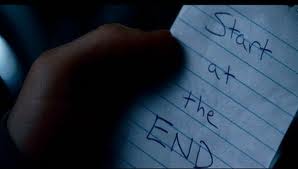 The beginning starts at the end or rather the inevitable end is the beginning and yet even with that sneak peek into the future, NOTHING is ruined; EVERYTHING is enchanting and emotionally charged...and you're just as unprepared for the ending.  My goodness.  It was one of those beautiful but sad and yet happy still on some level reads.  Complicated description; I know...but when a book moves you to tears several times as well as periods of joy, moments of celebrations and finally leaves you reflecting on the true meaning of a life well lived...you KNOW it's captured something special.  As it so happens, this book was born out of a life changing event in the author's own life, the loss of a child.  According to the notes, she set out on this literary journey determined to preserve the memory of her little one and share her experiences with motherhood.  If I may say so, she's done that and more on such a grand scale that I wouldn't be surprised if we're hearing about this one for many moons to come.  Now let's break down the book for just a moment...

Holly and Tom are an amazing couple, perfect for each other in all the right ways; though he starts as her knight in shining armor, over the course of the story they become each other's.  The growth seen in both characters is wonderful as are their heartfelt and realistic actions/reactions.  I feel I could comfortably call them friend if I were to meet them in the flesh and feel as welcomed as one of the villagers in their new home town.  They each have struggles to over come and secrets gnawing at their souls but when it comes down to it, they have the heart to heart conversations, they put the face to face time in, they see through to the end everything they begin and it makes them stronger for it in the end.  Their love and trust is something that storybooks are made of...okay, well maybe not, but they should be.  I mean I love a glass slipper finding prince as much as the next girl but in reality, it doesn't often happen that way now does it? 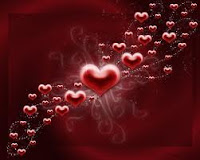 Speaking of feeling like family, if you don't feel a connection with Jocelyn (sweet little old lady, tea shop owner and new friend of the couple) and Billy (contractor, local and friend to all who welcome the title) before book's end, you might want to reread the story...STAT!  Seriously, these two busy bodies are equal parts humorous, lovable  and above all... unforgettable.  I'd be happy to have just one of these characters in my life, let alone the whole lot of them.  It's a great cast and they really form the backbone of this story as events reveal decisions made, regrets carried for a lifetime and a destiny that seems inescapable.

The story itself deals with unexpected glimpses of the future and the turns a life may take...and yet some paths are unavoidable.  The gift of the mood dial in the story is also its curse.  It's a balancing act that it keeps well but if you're looking for a fair exchange, think again.  Nothing short of a HUGE sacrifice can make its wheels forget what was already known and change what would have been; the question is, would you be willing to pay the price?  That's the seemingly insurmountable decision Holly is faced with when her future is laid before her eyes and a decision must be made that will affect many other besides herself.  Is she willing to risk it all and just let go or will she hang on too tightly and still reach an end that doesn't justify the means?  Decisions decisions...for me, there wasn't but one and eventually for her there is not either.  It's harrowing to watch her agonize over it all but certainly understandable in many levels.  I mean, what would you do to change your stars?  What if it meant the ultimate sacrifice of not just the heart but a life?  Again I say....AMAZING.

In conclusion, a read for older teens through adult readers, fans of Fiction, Women's Fiction and the whole lot...or anyone that simply enjoys an emotionally charged read.  It doesn't necessarily have war torn factions (though Tom's job does take him to some areas witnessing this), murder (not directly at least), mystery (not a who-done-it sense anyway), magic (no wands, but moonbeams aplenty!), or paranormal anything (nope, no vamps, waeres, witches, etc)...but what it DOES have is MORE than enough to keep you glued to each and every page, especially when the ending comes out of nowhere and wrenches your heart yet again.  So, grab a few tissues, your best-est reading buds and a copy of this wonderful story...you'll be glad you did.

ARC for review courtesy of TLC Book Tours and Harper Paperbacks.  (THANKS!)  For more information on this title, be sure to seek out the publisher's site, like them on Facebook or follow along on Twitter!  Need something more immediate?  No worries!  Drop by the other stops along the tour to discover more.  Remember, reading is an adventure; no two people ever see the same book the exact same way which makes the journey that much sweeter...and tours like this that much more fun.  Yesterday's Sun was at Luxury Reading on Monday, and Books in the Burbs Tuesday; tomorrow it's scheduled to visit Excellent Library.  If you've read enough and are convinced you need your own copy right away, first of all....GREAT CHOICE...and secondly, it is IN STORES NOW so be on the lookout for it on a bookstore shelf near you.

Wow! Your review gave me goosebumps!

I love to read the ending of a book before I finish the book, so I love the idea of starting at the end and then going back. How great that the author was able to give you the ending and yet keep you enchanted through the whole book! That seems like a special skill.

Sounds like my kind of read and I love the cover.

I love when we see character growth..i am adding this one to my list