The Keeper of Dawn by J.B. Hickman

Hi guys!
Welcome back to Satisfaction for Insatiable Readers...the place to be when the need to read strikes and yet you're dumbstruck for inspiration; no worries, I've SO got you covered!  ^_^

Today was one of those rare FULL days off for me, not just from online life but from work life....only happens about 2 days a month. *sigh*  Cie la vie, we do what we have to do...at least until we finally find that dream job that makes work an immeasurable pleasure (*ahem* any readers in the publishing industry, a ready willing and able interested party right here!), but that's beside the point...we're here to talk books and books is what we shall discuss.  The title on the roster today was a recent finish as in the day before yesterday that simply won't be silenced, though some of the voices in the novel were.  It's a read that absolutely reminded me of one of my favorite movies and yet still managed to keep things interested with its own twists and turns.  Like a lighthouse in a stormy night, allow me to illuminate today's book of choice... 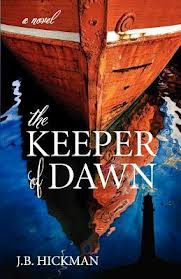 The Keeper of Dawn
by
J.B. Hickman


Groomed for greatness, 15-year-old Jacob Hawthorne is sent to boarding school against his will. With a self-absorbed mother, an estranged father, and an older brother on the other side of the world, only the unlikely friendship with his grandfather can lure Jacob back home. But home feels like a distant memory from the shore of Raker Island, the isolated campus of one of the Northeast’s elite boarding schools.

As the surrogate bonds of a cloistered all-boys school fall into place, Jacob finds himself among other sons of privilege who suffer the same affliction—growing up in their fathers’ shadow. But when tragedy strikes, Jacob is forced to journey into the past to reclaim a well-guarded family secret.

Sound familiar?  It should.  For those that have seen the movie, the synopsis and the story itself will SCREAM 'Dead Poets Society'...BUT, and this is the important thing to remember, it still keeps its individuality by throwing in a few twists, turns, and interesting characters that were definitely not in nor shadowed by its predecessor.

For those of you that haven't seen the movie, let me enlighten you.  Takes place at an all boys school where over privileged sons are sent to be straightened out and molded into the future of our great country...or simply spitting images of their old man ready to take on the world in their father's footsteps by choice or by force.   Sounds delightful no?  Oh, but it is...and there is more. Any time a number of boys or girls are gathered together in an environment lacking of direct parental influence, bonding occurs; a boarding school is no different.  They create their own semblance of a family for better or worse with the usual mix of lifelong pals and those black sheep that really should be put out to pasture.

There's personal problems to address, inadequacies to overcome and for some...and this is the real kicker in the book...memories to be unearthed that may repair a mind but shatter a soul.  It's a real humdinger if ever there was one.  The fact that I had to go back and read a beginning portion after everything was said and done should speak volumes in and of itself...and what it would say is that the ending has some BIG revelations that you really only connect distantly to the beginning of the book and that's a GOOD thing.  It speaks well of the authors ability to keep you hanging on and yet not spill the beans until he is good and ready.  Considering the all male cast, I'm surprised at their ability to keep the secret hidden that long as well as the depth at which the emotions run.  Sometimes writing in a male voice can be seen as cold or at the very least less feeling oriented, but Mr. Hickman does so with majesty and ease while leaving the manliness of his cast in tact.  It was great seeing the connections they made both in the public arena as "the Headliners" but also on the most personal levels that could be obtained and especially the "catch-up" at book's end.  Who are we catching up with?  Ah, wouldn't you like to know.  ^_^  Sorry guys, you'll have to read it to find out but trust me, it's well worth the read. 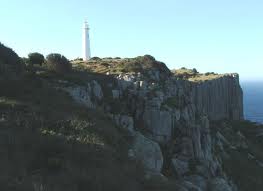 Speaking of that all male cast, there are several we get to know better than others and some that no matter how well you think you know them, will continue to surprise.  A quick roll call will reveal Jake (our main narrator), Chris, Roland, and Derek; four boys whose connections are few at first but whose acquaintance becomes a life long bond that will help to define them all.  Despite the difference in the level of craziness that resides in each of their lives, they honestly get each other.  Is there any greater feeling?  Not many, especially when you're pretty much "imprisoned" on a island for all intents and purposes.  They each have mountains to climb both set before them by family and by their own dreams; some are simply more tragic than others.  Though not one of the gang exactly, I have to make mention of Benjamin.  It wouldn't feel right not too.  He was a home schooler that made it to this prestigious school and was determined to gain the knowledge and life experiences not afforded at home and because of a few less than savory characters (*cough* Loosy-Goosy...you sir are just ugh!) he doesn't last.  It's a tragedy for many reasons especially since he seemed to be such a good kid but that's the ugly side of same sex societies...cliques are THAT much more terrifying and ruling.  Anywho...before this paragraph becomes a who's who, suffice it to say that the lads rule the day with adults mainly starring in cameo appearances but DO watch out for Max.  He may seem older than dirt but he knows more than he lets on and is a pretty cool guy.

So, did I enjoy the book? Definitely!  Despite all that I have coined as "reflections of DPS" (that's 'Dead Poets Society' again), it was a welcome read that really transcends the ages.  It shows how ones past is never that far behind but it does not have to dictate how our futures will be.  It reminds us that the path our lives take is truly up to us in the end but that everything we experience, everything we take in and make our own will go into the final product...for better or worse.  So, where does that leave us...with a GREAT story I'd recommend for older teen readers and beyond (brief mentions of drinking, darker emotions, acting out and suicide)...and especially DPS fans.  It serves as a reminder to choose who we take into our inner circles wisely and to live today like it was the only day that ever mattered because we never really know just how many we have left and with whom they will be.  Something to think about...

Review copy received courtesy of author J.B. Hickman.  (THANKS!)  For more information on this title as well as his forthcoming works, be sure to visit his official website or like him on Facebook.  This book was released October 2012 and should be available now on a bookstore shelf near you.  Prefer an instant buy option?  It can also be picked up on his website,  Amazon and several other online retailers.  Quick note, if you're thinking of this for a book club pick be sure to check out his discount offer for book club purchases!