Hi guys!
Welcome back to Satisfaction for Insatiable Readers...the place to be come rain or shine because the weather is ALWAYS perfect for great reading.  Unlike what Mother Nature is providing outside MY door today... *-* 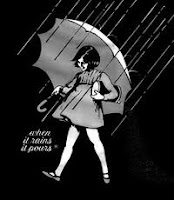 Yeah, suffice it to say that in the realm of forecasting, my local weather calls for rain, rain, rain, and perhaps a little more rain.  Seriously, it's raining ridiculously hard outside!  I wouldn't mind it as much if say I was staying home today but alas, I have BOTH jobs today and if it keeps up at the level it is, I might need an ark to get to the second one.  Or maybe Seph would lend me her broom and a spell to keep the rain out off of me and our of my vision. *ponders*

Who is Seph?  Oh, that's right!  I didn't introduce today's title yet now did I?  Silly me.  ^_^  For those of you that stop by the site somewhat regularly, you may remember my first venture into the Paranormal/Fantasy genre (well, on the adult side of things at least) last month, well book two in that same said series is ready for your consumption, if you're game that is.  Well, are you?  *raises eyebrow*  For a refresher on book one, click HERE; to dive straight into the series, keep on reading for today's book of choice is... 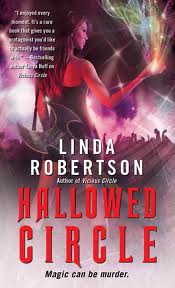 
And you think beauty pageants are scary? Persephone Alcmedi has been persuaded to compete for the position of High Priestess of the Cleveland, Ohio, coven -- now that the former priestess, Vivian Diamond, has strangely gone missing. Unfortunately, there are a few small problems with the idea. Not only does Seph know rather more about Vivian's disappearance than the other witches realize, but the epic struggle she's just survived has left her with some highly unusual powers -- ones that could be dangerous to reveal. Despite her reluctance, she agrees to participate, if only to prevent snooty Hunter Hopewell, an obnoxious but talented witch, from ending up in the winner's circle. Can Seph hide her secrets -- including her connection to the master vampire-wizard Menessos -- from the terrifyingly wise judges? Plus, there's her rock 'n' roll werewolf boyfriend, Johnny, and some angry fairies to deal with.... Once the competition begins, a finalist turns up dead. It looks as if one of the contestants is willing to do anything -- including murder -- to win. Suddenly Seph has even more on her plate than she thought: from solving a murder to working out what her new powers really are...and exactly why they're creating so much havoc in her love life.


Oh Seph.  What will we do with you...that you haven't already done to yourself.
Talk about self-deprecating, this is one girl who's, pardon the cliche, "got it going on" and yet refuses to see any of the situations, skills, or potential love interests (*ahem* ^_^) as a GOOD thing.  I get it.  She's responsible.  She wants to always be in control.  She has more to think about than herself especially now that she's guardian to her deceased friend's child (Beverley, cool kid!), her Nana is her new housemate (funny as all get out and takes nothing from no one...love her!), the waeres she kennels on full moons are getting feisty (especially one...*ahem*), the vampire of all vampires has marked her (the extent of what that means exactly is still to be explored) and her connection with Johnny has made it into the realm of "needs defining"...again (and boy does it get defined...*-*).  So yeah, I can see finding out that you're up for the position of High Priestess (or shall I say being manipulated with good intentions into competing for the role) would be an untimely shocker, but seriously...if anyone can handle it, it's Seph and that's just what she does. *cues Taking Care of Business  music* 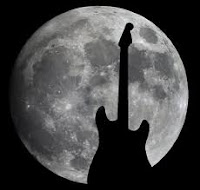 It's just another day in the paranormal neighborhood for this cast of characters but with this competition things are getting rather sticky.  Seph's secret, you know...how's she's the Lustrata and all...is so close to the surface, she can taste it but she's not so certain now is the best time for it to bust loose.  After all, it could show her for better or worse in the upcoming competition.  I mean if she wins, woo-hoo!  She'll have shown her strength and instantly garnered a supportive following...right?  Hmm.  Problem is...she doesn't WANT to win; the role is simply to much to balance with EVERYTHING else going on right now.  So...if she's outed AND loses, whose gonna put their support in her then?  It's enough to make your head spin so I certainly can't blame her feeling emotionally overloaded and making a few rash decisions here and there (even some involving a certain leather clad, rocker waere boy that has more than a few steamy glances for her...*ahem*).  In the end, things will work out...one way or another.

We welcome back the (mostly) friendly faces from book one and say hello to a few new acquaintances that seem to be ready to stick around for the long haul.  From witches to ghosts, vampires to waeres, faeries to who knows what, it's a paranormal party where nearly everyone is represented...just don't expect any wishes granted, killer spooked out parties (though there is a party that is pretty "killer"), sparkly meadow scenes or woodland strolls.  These guys and gals mean business; some for better and some for worse.  Seph has her hands full trying to stave on the unwanted attentions (or are they?) of both vampire and waere while trying to set an example for her newest charge and satisfy the needs of family...namely one Nana who wields her tongue as sharply as any stick and can wound with her words just as easily.  It's a tough life, but someone has to live it and it might as well be one that has a backbone strong enough (though she can't see it yet) to withstand the pressure.  Speaking of pressure... 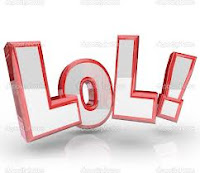 The competition she enters for the High Priestess position?  Mega crazy!  I mean, testing skills and archaic riddles to be solved aside, when death comes knocking at their door, that doesn't even stop them!  Talk about "the show must go on" (oh, wait...that's actually pretty punny...hehe.  Sorry, you'll get it when you read it.  ^_^).  The show of power is pretty darn cool though and her fellow contestants are VERY interesting.  Pay close attention...just sayin'.  You've got to love a story that can throw you through the loops of happy, sad, mad and flabbergasted as fast you can utter your choice phrase of frustration but add in laughter and now you've got something even more to write about.  There are plenty of surprising scenes for one reason or another but one that tickled me so much that I burst out laughing (in public...yep) happened early on around page 14.  What can I say?  It's just so absurd, it's funny!

In conclusion, am I still enjoying myself?  You bet!  Good thing too seeing as I plan on seeing the series through to the end, or at least the current end (six books...learn it, know it, check it out!).  The characters are many but memorable.  The story line interesting and forward marching.  Add in the family notes, romantic interludes and a fab female lead as quick with a snark as she is with a spell (or roundhouse kick), and you've got a recipe for success...and don't feel bad in the least if you feel like saying the whole "double double toil and trouble" line about now, I sorta led you right into it.  ^_^  Quick note, this is a recommended series for older teens or even adult readers; though magic, mystery, and danger prevail there are definite moments of steaminess and then some.  Suffice to say, it's not for younger eyes.

Review copy received courtesy of Melissa at Pocket Books, a division of Simon & Schuster.  (THANKS!)  For more information on this title as well as their complete catalog, be sure to stop by their site, like them on Facebook or follow along on Twitter.  As previously mentioned, this is BOOK TWO of a current SIX BOOK series; the sixth of which was JUST released last month and is entitled, Shattered Circle...you know, just in case you're already up to speed on the series and would like to jump ahead.  If you are, congrats...but hey, keep the spoilers to yourself!  ^_^

Hmmm, I'm really liking the sounds of these books. Great! Thank you!