READ ALL ABOUT IT: Literary Rogues by Andrew Shaffer

Hi guys!
Welcome back to Satisfaction for Insatiable Readers...the place to be when you're in the mood for some literary food and nothing in your own "pantry" will do.  Hey, my site is like the 7/11...always open and ready for visitors.  ^_^  Speaking of literary things... 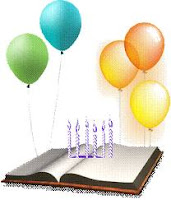 Today we are indulging in a book spotlight featuring a title that just so happens to be celebrating its BOOK BIRTHDAY as well via HarperCollins Publishers.  Coincidence?  I think not.  Well planned and plotted?  Hehe...I'll never tell.  ^_^  The title we're looking at is a nonfiction book about those that write works of fiction (and beyond) and the vivid lives they led.  You see, it use to be the norm (and still is for some) for authors to live wild and crazy lives...and no, one too many posts on Facebook or Twitter DO NOT count.  They were known as much for their work as they were for their antics and according to the author of this book...should be toted for it.  Agree?  Disagree?  Or perhaps you're just as curious as I was when I read all about it... 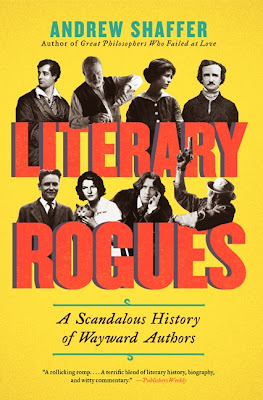 
Rock stars, rappers, and actors haven't always had a monopoly on misbehaving. There was a time when authors fought with both words and fists, a time when poets were the ones living fast and dying young. This witty, insightful, and wildly entertaining narrative profiles the literary greats who wrote generation-defining classics such as The Great Gatsby and On the Road while living and loving like hedonistic rock icons, who were as likely to go on epic benders as they were to hit the bestseller lists. Literary Rogues turns back the clock to consider these historical (and, in some cases, living) legends, including Edgar Allan Poe, Oscar Wilde, Zelda and F. Scott Fitzgerald, Ernest Hemingway, Dorothy Parker, Hunter S. Thompson, and Bret Easton Ellis. Brimming with fasci- nating research, Literary Rogues is part nostalgia, part literary analysis, and a wholly raucous celebration of brilliant writers and their occasionally troubled legacies.

Sounds interesting, right?
I....wasn't sure; that is until I read the excerpt.
THAT sealed the deal. 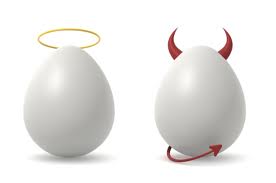 So what say you my fellow readers?
Are you reading rebels that prefer your book with a side of acting out...or do you prefer your tea with nothing harder to digest than a fresh baked biscotti?  Curious minds want to know...but while your deciding, be sure to pick up a copy of this little gem and stay tuned for my reading adventure through its pages coming later this year.

Email ThisBlogThis!Share to TwitterShare to FacebookShare to Pinterest
Labels: 2013, book spotlight, HarperCollins, non fiction, read all about it