You, Fascinating You by Germaine Shames 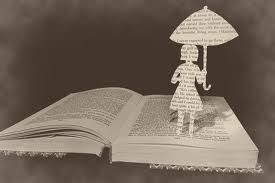 Fancy seeing you here on a day like today...*looks outside*...oh, wait a second.  If your weather looks even the least bit like my weather does (rainy, wet, gray and uninviting) than perhaps your arrival here is perfectly timed...after all, what better way to make a otherwise non-noteworthy day, noteworthy than with some good reading?  I can't think of a better one so welcome to Satisfaction for Insatiable Readers...where you arrive "hungry", but hopefully leave fully satisfied...for now.  ^_^

So, QUICK REMINDER...one of my two contests currently running, ENDS TONIGHT!  Don't miss out!  I won't bore you with all the details, but suffice it to say that it's a seasonably perfit reading fit for the cozy mystery reader in you.  Just check out the CURRENT CONTESTS listing in the right hand side bar for more details.  Now, back to today's post...

I want you to read something.  "...a WWII-era spellbinder set in the world of ballet and musical theater", now...does that sound like a book I'd usually read let alone review?  If you answered no, you're wise beyond your years....and yet today I prove you wrong!  Ha, had you going there didn't I?  What can I say?  Sometimes I like to read outside my usual box and this one was a wonderful fit.  I think what intrigued me most about it is the fact that it's based on a true life story though it is technically labled as fiction.  Confused?  No worries.  We'll get you sorted out.  Onward to today's book of choice.... 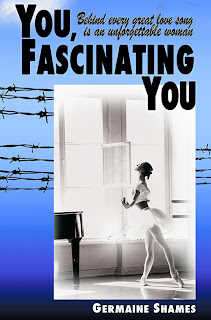 YOU, FASCINATING YOU
by
Germaine Shames

Behind every great love song is an unforgettable woman
In the final weeks of 1938, in the shadow of Kristallnacht and imminent war, a heartsick Italian maestro wrote a love song called “Tu Solamente Tu.”
Its lyrics lamented his forced separation from his wife, the Hungarian ballerina Margit Wolf, in the wake of Mussolini’s edict banishing foreign Jews from Italy. The song, first recorded by Vittorio de Sica in 1939, catapulted to the top of the Hit Parade and earned the composer the moniker the “Italian Cole Porter.” The German version, “Du Immer Wieder Du,” would be performed by Zarah Leander, the foremost film star of the German Reich, and its English counterpart, “You, Fascinating You,” by the Glenn Miller Army Air Force Band.
Twenty-two years would pass before the maestro and his ballerina again met face-to-face.
You, Fascinating You begins as a backstage romance and ends as an epic triumph of the human spirit.


Quite true, quite true indeed.

At it's most basic form, it's a story of just what happens when love takes a hold of us, body and soul...but, if you'll grant it an extended glance and you'll see the multiple layers that go into making one incredible life journey you can't turn away from.  Starting out as a ballerina in the making, Margit leaves her hometown, nay home country in pursuit of her dream...to dance with both her heart and soul and eventually land on the grand stages thus far only known to her in thought and word.  Her journey is filled with sacrifice, disappointment, deception and the beginning, middle, and end of some of the darkest days our world has known...and still, through it all, she holds on to her sense of self and does not shut out her fellow man, finding the beauty in life and even love.  How?  It's not an easy road to read let alone travel and the hardships she faces are many, but she is a strong one, this ballerina with the heart of a warrior.  I wouldn't be surprised if in life, the flowers dipped their heads at her approach to acknowledge her grace and beauty but also her fierceness. 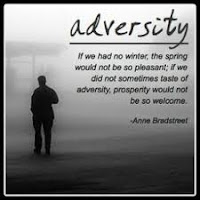 No matter where she turns, something or someone is constantly dogging her.  Whether it be her sex, her heritage, or her religion (these were the days of Hitler and that whole goodness forsaken lot), there always seems to be something working against her...add in her lot in love and you've got a full house of lackluster-ness that should have brought her down like so many toppled dominoes, but not so.  She rises to the occasion time and again even when she should be counting herself out.  A misrepresented chance to reach her future dancing dreams?  She makes the most of it and still creates a name for herself in the short run.  An unexpected love that sneaks up on her like a thief in the night only to blind her with its affections from the tragic truth it looms in front of?  She builds a life on the truths she knows and assumes the best of her love when away for so long, even when all else is lost.  The rise of a "man" that had a severe dislike for pretty much everyone but "himself" and the tortures that followed in his wake?  She doesn't back away and cower, no siree.  She finds her own way to fight back and preserve the life, the world and the family she created and finally, when all is said and done, she rebuilds what she can, reconnects with those still out there, and finds her way back home.  Is there anything this woman couldn't do?

I love the way the story was written as a whole.  We follow from her childhood, through her young ambitious days, her mid-life tragedies and triumphs, straight into her final days; the change of narrative voice for the last chapter of two brings things full circle to an inevitable and yet tragically beautiful end.  Perhaps beautiful is not the best word here but I can think of no other.  A life well lived despite the obstacles in ones way, the seemingly insurmountable adversity met time and time again, and a love that is only half returned though supposedly echoed in every bone of their being...my dear readers, Margit's dance through life was one for not just herself but for all who've ever lived, loved, been lost and survived in some capacity to share it with another.  It's beauty in form and format and a journey I won't soon forget.

Ebook for review courtesy of Judith at Pale Fire Press.  (THANKS!)  For more information on this title as well as their complete collection, be sure to stop by their official website.  This title is available now in both print and e-formats and I would recommend it to teen through adult readers.  Just click HERE to be whisked away to the publisher's site to snag a copy to call your own today and don't forget to check out the music feature available on the site as well where you can sample a song or two featured in the story!  Believe me, you won't be sorry...

Germaine Shames, author of You, Fascinating You, thanks you for this thoughtful and generous review. I'm so glad that Margit's story touched your heart (as it did mine).

All the best!
Germaine

This sounds like a memorable book. I so enjoyed your review and think it sounds like an interesting book.
~Jess