When reality becomes overwhelming, seeking comfort in fictional fantasies keeps hope alive.  And while this escape may be a little delusional, it’s also therapeutic.

Sharing secrets is daunting, but virtual friends don’t often judge and they are always ready to share a glass of wine…or three…while typing out life’s latest endeavors.

Brooke believes obstacles only add to romance, not detract. Rachael longs for a more intense relationship, or so she thinks. Lizzie misses the excitement in her life, but sometimes new situations find you when you’re not even looking. And Jess believes a tiger can change his stripes. It can’t.

Bound by a shared passion for blogging about happily ever afters, these four young women use keyboard therapy to work through their expectations, anxieties, and inadequacies, all with the hopes of achieving the perfection found in romance novels.

Completely blinded by what they think life should be, they navigate their unique paths in search of what they envision is right. But when reality taunts them with persistent curve balls, will they be strong enough to choose wisely? Or will their happy endings escape them?

It’s not uncommon for people to have two sets of friends. The “real” friends; these are the ones who live nearby, the ones you see or talk with occasionally (less and less as time goes on). Then there are the “virtual” friends; these are the ones you talk to (well, type to) every day. The latter group comes from all over. You’ve never actually met any of them and yet you trust them with some of the deepest, most intimate thoughts and details of your life. You share way too much information and in return, they over-share way too much back.
On Brooke Bloomfield’s twenty-third birthday, she went to lunch with her real life best friend, Lauren. The two girls had a very nice time. They gossiped in between chews, catching up, because even though they lived only ten minutes away from each other, they still hadn’t seen each other in quite some time. When the bill came, Lauren grabbed it, insisting she treat Brooke on her special day. They hugged goodbye at their cars and promised to meet for lunch or a drink soon.
Later that same night, Brooke let loose and celebrated her birthday in a much more exciting way, at a computer-generated party with her three online BF’s, Rachael-XXOO, Lizzie1214, and JessRomance93. In a relatively short time, all three of these girls had come to know more about Brooke than anyone else.
Similar tastes in books kept connecting them through book tours and blitzes. Comments on posts and reviews turned into discussions over emails. Tweets bounced back and forth between the four of them endlessly, until one day they discovered a social website designed for readers, where they could all chat privately amongst themselves. Within no time, their virtual discussions went from benign topics such as books they all loved, hated and/or felt somewhere in between, to a hell of a lot more serious things.
It’s funny the things a person will share with people they don’t actually have to face. Like a diary into which they feed their emotions and it types back.

Brooke Bloomfield
ReaderGirlBrooke
NY  ~   Brookesbeenreading.blogspace.com
Blogger, dedicated romance reader, and reviewer. I spend a lot of time with my many fictional boyfriends. Addicted to cherry ice pops and cupcakes with pink frosting.
~
ReaderGirlBrooke: Hey guys!
Lizzie1214: Wine is open. Time to celebrate!! The big two-three!
JessRomance93: Hey, birthday girl! I just opened a beer. Does everyone have a drink now?
Rachael-XXOO: Got mine. Happy Birthday Brookey!!!  Did you get the pic of ’s package all wrapped up in a bow?
ReaderGirlBrooke: Thanks guys. I just poured a glass of red. Yes, Rachael – great pic! *blushes
Rachael-XXOO: You’re not blushing. You love it. I’m sure you saved it with all the other dirty pics I send you.
Rachael-XXOO: By the way, did you guys finish Fix My Heart yet? I’m only 45% in.
ReaderGirlBrooke: Yes!! Loved! Five stars. A guy exactly like Grant is what I wished for when I blew out my birthday candles today at lunch.
Lizzie1214: I gave it five stars, too.
JessRomance93: It was good. Meh. Three stars.
ReaderGirlBrooke: Jess, are you serious? Only three stars? How did you not fall in love with Grant? He was perfect!
JessRomance93: Yeah, Grant was perfect. But a little too perfect, don’t ya think? Guys like that don’t exist.
ReaderGirlBrooke: Are you just saying that because of you-know-who?
JessRomance93: This has nothing to do with that asshole. I just thought the way Grant rescued Cassandra was a little over the top.
Rachael-XXOO: Um, hello. What part of “I haven’t finished yet” did you all not understand? Remember, we don’t discuss a book until everyone is done reading.
ReaderGirlBrooke: Sorry! We’ll stop. Just make sure to stay away from my blog until you’re done reading. My review is getting posted tonight.
Rachael-XXOO: I’m probably reading slower than usual because my own love life has been picking up lately.
JessRomance93: Nice, Rach! Do we get some dirty details later?
ReaderGirlBrooke: Wah! The only love life I have lately requires batteries.
Rachael-XXOO: Yes! I’ll give details later. And speaking of dirty details, did you get my special little birthday care package, Brooke?
ReaderGirlBrooke: Yes, but I haven’t opened it yet. I figured I’d wait till we were chatting.
Lizzie1214: Open it! Tell us what fun, twisted things Rachael sent you.
Rachael-XXOO: Yeah, go ahead and open it up, birthday girl!
ReaderGirlBrooke: HAAA! I didn’t know they made so many things in the shape of a penis. Lollipops, straws, a lipstick, pasta, and a toothbrush! OMG! Where did u find a penis toothbrush?
Rachael-XXOO: I ordered everything online. Do you like the theme??
ReaderGirlBrooke: I love it! Thank you!! I’m taking a pic of everything right now to send you guys.
Lizzie1214: Will you actually eat the pasta and the lollipops? I wonder what they taste like.
JessRomance93: Ew, yuck. What do you think it tastes like?
Rachael-XXOO: Go ahead, Brooke, try a lollipop and tell us if tastes like a pecker.
ReaderGirlBrooke: Yum. It does. ;) 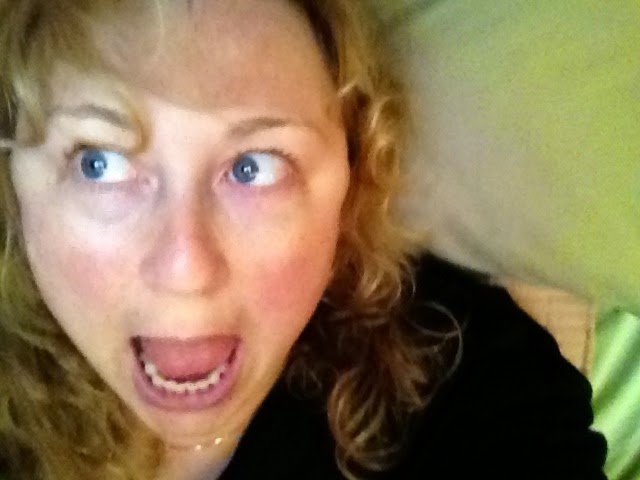 Oh God! I love that you put my pic on this post!! It just cracked me up when I saw it!! Thank you for posting and helping spread the word about this book!! Love, Ryan