Hi there!
Welcome back to Satisfaction for Insatiable Readers, the place to be when you're looking for your next read....I've got your back.

Well now, would you look at that?
It's NOVEMBER.  Can you believe it?
In a matter of time, it'll be Thanksgiving, then Christmas, then hello 2015!  Whew!  That'll make your head spin...but I digress, there are still a few weeks of great reading ahead so before we start planning our resolutions, let's jump into today's featured title.

It comes to us from Running Press, a member of the Perseus Books Group, and stars a hard hitting title you won't want to miss.  It deals with bullying in the extreme and shows not only the effects it can have, but what happens when one voice becomes many against it.  WARNING:  Some content will be hard to read but it's worth it in the end.  Without further ado, today's book of choice is... 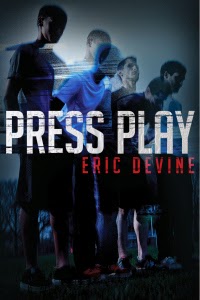 About the book....
Does the truth really set you free?
Pound by sweaty pound, Greg Dunsmore’s plan is working. Greg is steadily losing weight while gaining the material he needs to make the documentary that will get him into film school and away from the constant jeers of “Dun the Tun.”
But when Greg captures footage of brutal and bloody hazing by his town’s championship-winning lacrosse team, he knows he has evidence that could damage as much as it could save. And if the harm is to himself and his future, is revealing the truth worth the cost?

This is one of those stories that may be a work of Fiction but is seriously grounded in reality...and that in and of itself is scary.  At times, this was a hard book to read not due to the writing style or my lack of enjoyment because believe me, I was right there with them, committed 100% to the cause, but the nature of the crimes being committed, by whom, and to what degree those higher and higher up were involved was shocking. 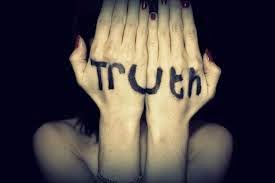 It begins with a film project and a commitment to bettering oneself through hard work, diet and exercise.  It ends with more harsh truths being exposed than intended, friendships being put to the test, and a plan to take down those that would keep everyone "in their place" if they had their way.  Will they succeed?  Perhaps the better question would be will they SURVIVE to see the outcome in either case.

The things Greg and his friends are put through are horrendous, both in and out of school.  The fact that no one sees through their white lies and thread bare cover ups seems absurd yet I can't help but think it happens all the time.  Learning what happened to Ella was heartbreaking but those four little words that pushed her over the edge, will stop you cold.  The tenacity with which the bullys and bully-ettes of the school persue their chosen victims is astounding...talk about not taking no for an answer!  The ending is completely justified; hat's off and bookmarks up to the author on creating something so fitting indeed.

If you don't think hazing is a crime, this book will change your mind.  If you don't believe that there is a darker side to the here-and-now-tell-me-as-it-happens world we live in, this story will make you think again.  In the end, it's about doing what's right, standing up for those that can't (or won't) and owning your life.  It's a push to not be a silent enabler but to help put a voice to the faceless, nameless, and shamed.  It's about doing all we can, whenever and wherever needed in order to make a better tomorrow for those suffering today.  Sounds much bigger picture than a simple Young Adult book, right?  It is...and in the best way possible.  Once I started, I couldn't put it down and I doubt you'll be able to either.  Though the content is rough and the language crass at times, I'd still recommend it to mid to older teens and beyond, after all...you want to hit the age range that might actually be experiencing such things, though I hope beyond hope that they are not.

Review copy received courtesy of Valerie at Perseus Books.  (THANKS!)  For more information on this title as well as their full catalog, be sure to visit their official site, like them on Facebook, or follow along on Twitter.  To discover more about the author behind the work, connect with him online, friend him on Facebook, or follow along on Twitter.  This title just celebrated it's BOOK BIRTHDAY this week, so be on the lookout for it on a bookstore shelf or virtual retailer of your choosing.