And so it begins.... Mabel Crowley by E.H. Nolan

In case you haven't heard, I'm participating in the SHOWERS OF BOOKS GIVEAWAY HOP hosted by Bookhounds.  It's going on now and ends April 30th...plenty of time for you to enter to win a special prize courtesy of Zondervan celebrating the splendors of the season AND promoting relaxation (two words...COLORING FUN!), plus hop around to the other 40+ sites!  So, after you're done here, click on over for a little giveaway fun.  Now, for more bookish fun...

Recently, I've had a slew of ebooks on my reading schedule and you KNOW my feelings about them.  While not my preferred format (to say the least), sometimes in reviewing it is a necessary "evil"...and still pans out rather well.  Such is the case with today's selection, which we shall now immediately jump to in order to avoid further rambling on my part... 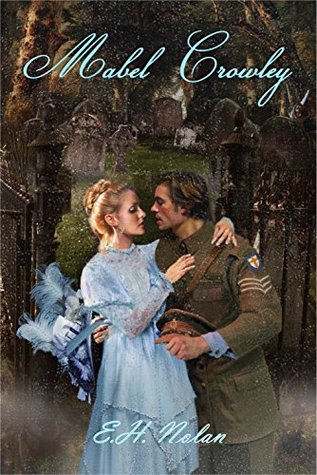 About the book...
Mabel Crowley, the only child of a wealthy English banker, wants nothing more than to be rid of her last name and wed her first love, stable-boy Charlie Archer, whose own hopes reside in becoming a partner in his father’s livery yard. Her parents forbid the union and whisk the impulsive child away to Bath so that she might forget her troubles. Distraught and vowing that she will never love again, Mabel impulsively accepts a teaching position while on vacation in Bath, certain that this will ensure her spinsterhood and prove her undying love for Charlie. Irene Hartley, a five-year-old student desperately in love with her new teacher, persuades her parents to offer Mabel a position as governess to their growing brood. Her father is Theodore Hartley, the obscenely wealthy and renowned railroad tycoon. Theodore sees how his daughter has grown attached to Mabel, and after his wife dies in childbirth, he makes Mabel an offer of a permanent nature to make his eldest daughter happy. Still madly in love with Charlie, Mabel returns home to find out whether he has carried the same love in his heart in the years they’ve been apart. She finds him boarding a train, in uniform, ready to serve his country in World War I. Will she act once again on impulse, or will she make her decision based on hope for her future?

Now for those of you that know me, that cover is evoking several questions that may include things along the lines of body snatchers, did you really read this, and simply curiosity.  Ebooks and Historical Literature...not usually my thing...BUT, I've said it one and I'll say it again, if a book catches my eye in word or picture, I'll look at it closer and perhaps give it a go.  Boy am I glad I practice what I preach...

The story of Mabel and Charlie truly captured my attention. Despite taking us back in time, it was rather easy to step into. I adored Mabel immediately for many reasons, but first and foremost that despite her class, she didn't look down on others... including the stable boy, Charlie. If only he can keep out of his own way, their spark may have a change to ignite..and trust me, it ignites, but not in the contemporary sense.  Times were different. even spending time alone with a boy was considered taboo, so the stolen moments, kisses here, glances there, were really something MORE to them.  The road for young love (or love at all for that matter) is never easy, but when society is trying to pigeonhole you, it only makes a difficult situation worse. 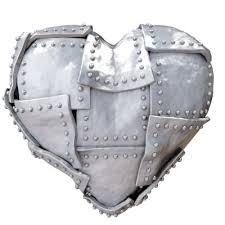 Our spunky Mabel though, I'm telling you.  There were many times that I was happily cheering for her and her persistence in matters of the heart.  From her standoff with her parents that sees her fleeing to the arms of her heart's desire to the utter betrayal at the hands of someone she loves (SO wanted to box him upside the ears!), she kept her head about her, even if her heart was buried under so much stubbornness that it could only be glimpsed.  Her tenacity was applause worthy, but she wasn't truly playing a winnable game with her heart. As for Charlie, he bounces from upstanding fellow to a boy with his head where the sun doesn't shine to a lovable though misguided gent and back to a horse's behind once again.  So many times had he only spoken his heart but not been so darn impatient, he could have heard or even SEEN what was really transpiring.  Though in that respect, the same could be said about Mabel...

In the end, I found it to be a thoroughly enjoyable romp through the early 1900's...even if I wanted to strangle our leads now and again.  It reminds of us times gone by with characters you'll care for page after page, while still raising questions such as why is the woman always the one to close herself off from the world while the man carries on, and other such laughable thoughts but serious events once upon a time. Oh but the ending! So much hangs in the balance for all parties...this is definitely not a series to be trifled with.  What's that saying?  In for a penny, in for a pound?  I'm definitely in for a pound with this one.... *adds rest of series to wish list* 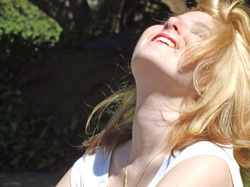 Special thanks to the author for the ebook for review.  (THANKS!)  For more information on this title, the series, or the author, feel free to click through the links provided above.  This title is available now, so be on the lookout for it at a virtual retailer of your choosing.

Oh I do love things set in the early 1900s! Always sure to make for good reading :)