BOOK BIRTHDAY SPOTLIGHT: Worth It All by Claudia Connor

Hi there!
Welcome back to (one of) the most bookish places in the blogosphere, Satisfaction for Insatiable Readers.

Today, we're blowing up the balloons and hanging the streamers as we throw a BOOK BIRTHDAY celebration for the latest release from author Claudia Connor.  She's the mind behind the McKinney Brothers series and her latest addition has readers all a twitter.  Why?  Well, you're about to see...I mean read.  *ahem*  Seriously though, the story sounds like it'll create sparks as well as melt hearts.  Ladies, prepare to possibly swoon, if not at the very least fan yourself, as we indulge in a SPOTLIGHT look at today's featured title with abs AND heart... 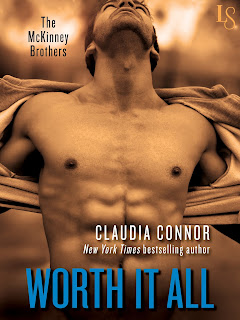 About the book...
She’s fighting for control. . . . Paige Roberts learned to fend for herself growing up. Now she’s doing everything possible to give her daughter, Casey, the stability she never had. But when the vivacious five-year-old decides she’s done wearing her prosthesis, Paige faces her toughest challenge yet: trusting a handsome, brooding stranger who simply wants to help.

He’s struggling to connect. . . . JT McKinney lost more than his leg in a car accident that stole his dreams of pro football. Eight years later, he’s made a new life for himself far away from his old one. His business is developing cutting-edge prosthetics and he’s more than happy to turn his attention to machines instead of people. Still, he can’t shake the feeling that something’s missing.

Will they take a chance on love? . . . When JT gets the chance to help Paige’s daughter, he takes it. He never planned on the two of them tearing down his walls or teaching him to believe in himself again. Paige might not believe in happily ever afters, but JT wants more than anything to be her prince. They’ll both have to let go of the past if they want a future.

New York Times bestselling author Claudia Connor attended Auburn University, where she received her undergraduate and masters degrees in early childhood education, and completed her studies in Sawbridgeworth, England. Always a lover of happy endings, she enjoys movies, reading, and spending her days putting on paper the stories in her head. She lives near Memphis, Tennessee, with her husband and three daughters.

Special thanks to Ashleigh at Penguin Random House for the heads up on this release.  (THANKS!)   For more information on this title, the series, the author, or the publisher, feel free to click through the links embedded above.  This title is available TODAY via Loveswept, an imprint of Penguin Random House, so be sure to click over to your favorite online retailer to snag a copy to call your own.  Don't miss out on the other McKinney Brothers titles because you know there's not better place to start a series than at the beginning... 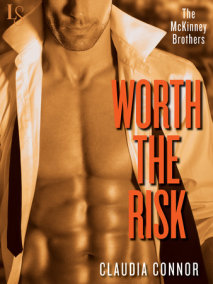 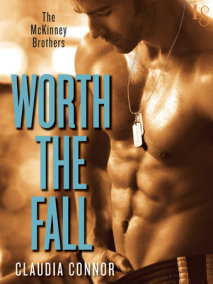