Today's featured title is a work of Southern Literature that unfolds like a hot summer day...slowly and up long into the night.  It doesn't mince words, nor does it lack in character (or characters for that matter), but it does take you on a journey through the life and times of those in Campbell Crossing that will stick with you long after the last digital page is turned.  So grab some sunscreen and remember your manners, we're traveling below the Mason Dixon line to check out today's book of choice... 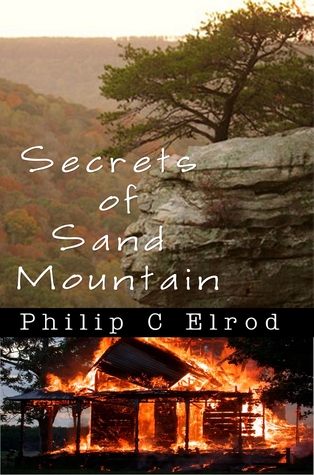 About the book...
Serene and beautiful on the outside - fires raging beneath the surface. Moonshine, murder, an escaped German prisoner of war....from the tiny town of Campbell Crossing to Cuba's glory days as playground for the rich and unscrupulous, to post war England. The Secrets of Sand Mountain stretch out their tentacles, weaving a complicated web, and leaving none untouched and at least two dead.

Initially, it was a little hard to get my footing in this one...but I was hopeful, so I pushed on.  Was I rewarded for my efforts?  Ten fold my friend, ten fold.

Philip is our initial narrator, divulging the details of his summer afternoons spent with friends, avoiding chores, and bringing back to life his Aunt Vi.  The first two are expected for a "man " of his years, but the last is the one that has the most impact on EVERYONE.  You see, Aunt Vi was living a half life for some time thanks to a tragic heartbreak in her past that she never quite got beyond.  All it took to break its spell, a strand of pearls, the love of her family, and an escaped POW.  Confused?  Sorry, but you'll have to remain so for now because to really get into any of that in detail will reveal far too much of a story that is meant to be savored, not summarized.  Suffice it to say that Aunt Vi is a much more vibrant woman than most realize and it's going to pay off in the end for everyone she holds dear...including a new "friend" that unexpectedly steals her heart.  Add to all this, a volatile family life/history, relatives with bad intentions crawling out of the woodwork, a black sheep becoming a horse of a different color (or at least higher held in esteem when viewed in a different light), gangsters and power, flights of fancy and necessity, second chances at love, and a whole heap of adventures to tide anyone over in life.  Some experiences are good, some are great, and others are things we wouldn't wish on our worst enemy, but you're among good people (for the most part) with good intentions (again, for the most part), so take the journey for what it's worth and travel their life path knowing you're in good company.  Now, on to something else I needed to note...

The length of the work is listed at well over 400 pages on GoodReads, which differed from my e-version, but nonetheless there was truly more than enough content to have turned this ONE book into a trilogy and be thoroughly contented with the result.  As it is, the work is spilt into three (well, technically four) sections.  The first is told by Phillip, the second by Aunt Vi, the third by Karl, and the last by Phillip once again.  Each chapter or section (aside from Aunt Vi and Karl...those could be together) could have easily been a separate novel, thus allowing the slow pacing of the story to march forward through all aspects of the book.  In its current form, the first portion spans part of a lifetime, the second and third but a smattering of months, and the fourth several dozen years down the line.  While I still enjoyed the work, I felt a bit cheated by the final portion when it jumped ten years down the line.  It almost felt rushed like the author decided to stick a fork in it and call it done without regard to the reader hanging on every word.  For balance, I say the break up of the work is needed....or perhaps the first part needs skimming down, though I would hate to lose integral parts of the story as that is how you grow to know and love or loathe these memorable characters.

In the end, this is definitely a Southern Lit title you don't go into lightly. It has depth and builds connections with several of the key characters through a lifetime of situations, floundering and ultimately finding where you belong. One (of many) messages to take away: Family is not blood alone but those we choose to keep close to our hearts.  Recommended read for older teens through adults due to some violent content; nothing over the top, but still...violence is violence. 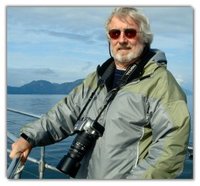 Phil Elrod is an author living and working in Texas. He was born and raised in the Southeastern United States and has a great fondness for the people and places of Alabama. He has also authored science fiction books and articles on data collection, computer technology and the technical trading of
securities. His interests include astronomy, RV travel, international travel, and photography.


Special thanks to author Philip C. Elrod for the eBook for review.  (THANKS!)  For more information on this title, the author, or his works in progress, free to click through the links provided above.  This title is available now, so be on the lookout for it on at a virtual retailer of your choosing.

This is a very nice blog post and review. It sounds very interesting I will have to get a copy.