What We Set in Motion by Stephanie Austin Edwards

Hi there!
﻿Welcomes back to another week here at Satisfaction for Insatiable Readers.  The place that no matter what life throws at you, you can always find yourself between the pages of a great book.

Today, we're shining the spotlight on a recently released title that came to my attention through the folks at Book Savvy PR (namely Eileen... ~waves~).  It's a work of Literary Fiction that would find itself just as well if shelved with Southern Literature seeing how it's leading lady happens to herald from the Lowcountry of South Carolina.  It's all about following your dreams, and finding the life path meant for you, with a broad cast of characters that will endear themselves to you in one way or another along the way.  So sit back, relax, and grab a cold glass of iced tea (or SWEET tea, if you happen to be Southern), as we regal you with a tale that'll move you to dance.  Today's book of choice is... About the book..
Set in the turbulent, colorful 1970’s, What We Set in Motion finds the daughter of a prominent old South Carolina Lowcountry family fleeing to New York’s Greenwich Village in pursuit of a dance career. Cut off by her disapproving father and abandoned by her would-be fiancé, Nadine Carter Barnwell must strive on her own to beat the harrowing odds. Penniless and surrounded by the temptation of dubious money-making schemes and the bitter disappointment of seeing a friend fall prey to them, Nadine battles fiercely for her place in the ultra-competitive world of dance — only to reluctantly step away to please a man. It takes the loving, mystical intervention of her beloved aunt back in South Carolina and an unexpected letter from a young girl to set Nadine’s chaotic life firmly on the path to fulfillment and the startling realization that every encounter and each choice is a milestone in the quest to forge her own destiny.

This is one of those books that you don't rush through the story...you savor it.  Every word, every passage, every page takes you deeper into the tale as it unfolds and the characters as they develop into something more than you ever expected.  That, my friends, is what you're in store for with this read.

Right from the start, I thought...this is a remarkable read.  We're given a leading lady with a strong, clear voice that makes it easy to step right into the story.  You can feel the love she has for her family, even when they turn their back on her.  You can sense the connection she has with her Aunt Amelia and Uncle Hamp, the longevity and reach of which will last a lifetime (or perhaps beyond).  I truly admired Nadine in her choices and gumption to continue reaching for her dreams, even when all felt lost and every turn was exposing more raw nerves and strife than she felt certain she could face.  My heart filled with sadness at the outcome of her initial life changing event and the weight which she would carry throughout her life, but I believed Aunt Amelia...something big was around the corner.  Just how big and where her path would take her could not have been imagined, but it was all in pursuit of the Full-Hearted Life she sought.

As the story progresses, there are plenty of moments that will stop your heart (Baby Child!), grit your teeth (OMG...I wanted to I don't know what that sniffling little weasel), shed tears of sadness (for friends, family, and dreams), and steal your breath (he bought her a puppy!  So sweet!).  Watching Nadine pursue her dream come what may was inspiring.  She met many obstacles and friends turned to foes (sorta) along the way, but in spite of it all, she managed to stay strong...with a little help from her family.  Now, family here isn't all about blood, but about those you choose to let in and that being the case, Nadine has an extended one to say the least.  They are colorful and lively, with various backgrounds, but they are all AMAZING in their own ways.  They serve her well throughout her time in the big city, while also conditioning her for the bigger events coming her way. 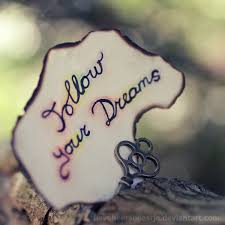 Overall, it was a thoroughly enjoyable read that will keep you turning pages from start to finish with its simplicity, love of life, and message of following your dreams.  I admit, though genuinely shocked by the ending (in the best way possible), I had entertained a notion or two that came to pass along my reading journey. (Score one for the reader!)  It allowed readers the chance to see things come full circle for Nadine and though sadness colored some of her days, her heart was better for the experiences in the end.

Recommended read for Literary Fiction as well as Women's Fiction fans from older teens through adults.  It's a moving journey you won't want to miss. Stephanie Austin Edwards is the author of What We Set In Motion (2016), which won the Best Submission Award at the Atlanta Writer’s Club Conference in 2013. Her recent publications include a short story in the University of Texas literary journal, riverSedge, and an essay in the book Beaufort Through the Ages. In a past life, Stephanie was a costume supervisor on Broadway for productions of Dreamgirls, Grind, The Rink (Liza Minelli) and Woman of the Year (Lauren Bacall), among others. She also has numerous film and television credits to her name, including work on The Cosby Show, the Woody Allen films Hannah and Her Sisters and Radio Days, and Michael Jackson’s BAD music video. After giving up the bustle of New York City life, Stephanie has returned to her roots in the South Carolina Lowcountry, teaching writing workshops at the college level and working for the Beaufort School District as a grant consultant.

Special thanks to Eileen at Book Savvy PR for the copy for review.  (THANKS!)  For more information on this title, the author, or those promotions forthcoming, feel free to click through the links provided above.  This title celebrated its book birthday March 30th, 2016, so be on the lookout for it on a bookstore shelf or virtual retailer of your choosing.