MARK YOUR CALENDAR: It's a Twitter takeover with YA Author Robin Talley!

So, I've got some news for you!
THIS THURSDAY, MARCH 9th, 2017, there's a BIG EVENT happening over on Twitter.  If you haven't heard, get ready to clear your schedule because it's a YA fun day with author interaction and bookish fun to boot.  Here's the scoop! 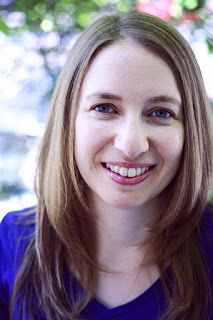 Who: Fans of YA and Robin Talley!
What: Twitter Takeover. New York Times bestselling author Robin Talley will be discussing some of her "firsts" and answering reader questions about her books! (Lies We Tell Ourselves, What We Left Behind, As I Descended, and her latest release Our Own Private Universe)
When: March 9th, 2-4pm ET


Where: @YoungEntmag
How: Head over to @YoungEntmag on March 9th at 2pm ET, follow along, and tweet your questions to Robin!

Why: Our Own Private Universe (HarlequinTeen; January 31, 2017) is a timely tale of self-discovery and social awareness, hailed by Kirkus in a starred review as “an important and heartfelt contribution to contemporary teen lit about queer women: hopeful, realistic, and romantic.” 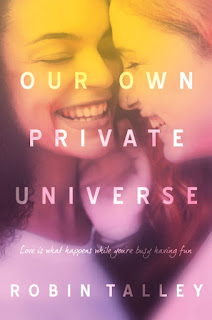 About the Book:
Fifteen-year-old Aki Simon has a theory. And it's mostly about sex.  No, it isn't that kind of theory. Aki already knows she's bisexual—even if, until now, it's mostly been in the hypothetical sense. Aki has dated only guys so far, and her best friend, Lori, is the only person who knows she likes girls, too.  Actually, Aki's theory is that she's got only one shot at living an interesting life—and that means she's got to stop sitting around and thinking so much. It's time for her to actually do something. Or at least try.  So when Aki and Lori set off on a church youth-group trip to a small Mexican town for the summer and Aki meets Christa—slightly older, far more experienced—it seems her theory is prime for the testing.


About the Author:
Robin Talley, author of Lies We Tell Ourselves (September 2014), What We Left Behind (October 2015), As I Descended (September 2016), and Our Own Private Universe (January 2017), grew up in Roanoke, Virginia. A Lambda Literary Fellow, Robin now lives in Washington, D.C., with her wife, plus an antisocial cat and a goofy hound dog. When Robin’s not writing, she’s often planning communication strategies at organizations fighting for equal rights and social justice. You can find her on the web at www.robintalley.com or on Twitter at @robin_talley.

Special thanks to Casey at Media Masters Publicity for the scoop on this event.  (THANKS!)  Remember...mark your calendars for THIS THURSDAY!  Hope to see you there!