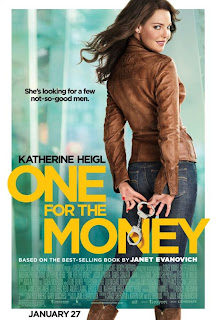 Hi there!
Welcome back to Satisfaction for Insatiable Readers....the place to be for bookish fun in its many formats. What's that? Curious about the many formats comment?  Aww, I knew I couldn't get anything passed you guys... ^_^

I've seen posts around the blogsphere featuring book versus movie discussions and I think most of us can agree, the book is almost always better than the movie....almost.  It's the inclusion of that one little word that sparks so much conversation and it seems that there's been a slew of books-turned-movies being released (and coming soon) as of late. With my penchant for chilling out with a good book, I share my experience....but what of my somewhat equal (OK, slightly less but still they get high marks) love of movies?  I mean the popcorn alone (with extra butter and a diet coke, please!) is enough of a reason to go but add to that an hour or two of visual entertainment and BAM...a fairly good winning combo.

So, not to step on any virtual toes as this post was inspired by all those that came before me, bit this post will pop up from time to time when the viewing was fresh and the source was bookish.  Speaking of which, today's feature film just so happens to fit the bill for discussion...nice coincidence, huh? ^_^

ONE FOR THE MONEY

Based on the first book of the lengthy and ever growing Stephanie Plum series by Janet Evanovich...this was my first exposure to both the character and the author. Now, a few truths to share....

1.  I've heard from a few friends that the book series is great.
2.  The previews looked interesting enough...and starring Katherine Heigl was a plus (I generally like her movies...good actress for the roles she chooses).

Those factors taken into account and I was on my way to the movies.  Having watched the 2 hour or so flick, I can add a few more truths as I see them to my list.

3.  Stephanie Plum is an interesting girl....probably be fun to know her in real life.
4.  The movie was good...but felt drawn out.  Made the flow of the story seem REALLY slow.
5.  The guy who played Morelli (probably spelled wrong...sorry!) was a cutie... ^_^…as was Ranger but um, yeah...lose the name.
6.  This is one book I'll be adding to the future read list.

Yep.  Despite the small drawback mentioned, I think in book format it'd go over nice and easy....kind of like that egg breakfast Morelli made for her.  Doubtful it would suffer the same stagnant feel of the movie what with the shorter length of the books, making each installment that much easier to jump to.

So...what are your thoughts?
Have you read the series? Seen the movie?
Seen a different book come alive on the silver screen?
What'd you think?
I'm all ears...

Until next time...happy viewing...and happy reading!
Posted by Gina at 7:24 PM

Cool idea implementing books-to-movies posts. Maybe you can do a follow up post once you've read the book? I haven't read the series yet but also heard good things about Ms. Evanovich.

I think the most exciting book-to-movie movies I've seen come to life so far are obvious ones: Harry Potter and Lord of the Rings

Glad you dug it and have bee inspired to try the books.

I must say, every time I've tried the books they don't work for me. I know some folks love them but I have the hardest time getting into them. I even tried the audio and didn't dig it. So I'm thinking this will be one of those rare cases in which I enjoy the film more than the books.

Thanks for sharing your thoughts. I look forward to your review.

I'm one of those who usually say that the book is better than the movie. Think the only movie(s) I liked better was the Lord of the Rings trilogy.

Really enjoyed the first few Stephanie Plum books, as she's a fun, wacky character! Stopped reading them because Stephanie was in a rut and never grew as a character or changed in any noticeable way. Very disappointing.

I've seen the trailer for the movie and don't think the actors do Ranger or Morelli justice, as in the books they are both just too yummy! Will be curious to see what you think if you do decide to read the books!

I've heard of the books but not the movie and to be honest neither really appeal to me. Oh well, each to their own, thanks for sharing your thoughts with us.

Dorothy Dreyer: Definitely plan on it. ^_^ Oh yes...Harry Potter was certainly a good example and LOTR for certain...not certain on the Hunger Games craze though. Haven't caught the fever at this point...

Alexia561: Your thoughts are echoed by Dorothy! I think a lot of people feel that way on that particular series only because the read is so tedious. On the Plum series...huh. No character growth? How curious. Still...think I'm gonna give the first one a go at least and see where it takes me from there. LOL on the "yummy"-ness... ^_^