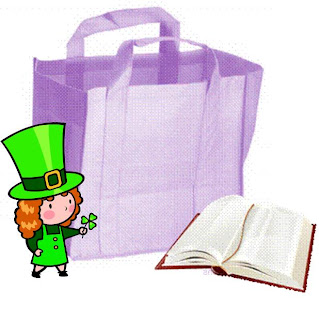 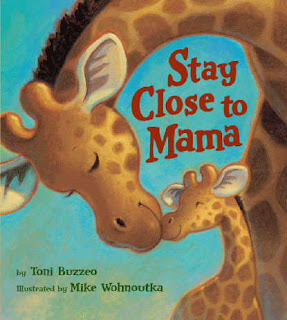 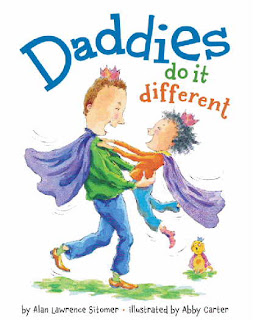 Daddies do it Different by Alan Lawrence Sitomer
Scheduled Release:  April 17, 2012 from Hyperion

WATCH FOR A SPECIAL BLOG TOUR FOR EACH OF THESE TITLES IN THE COMING MONTHS WITH YOUR CHANCE TO WIN!

Though I'll probablyu end up reading all three, for temporary purposes at least, passing the second two on to family members as they are definitely their cups of tea. 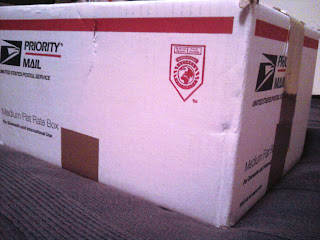 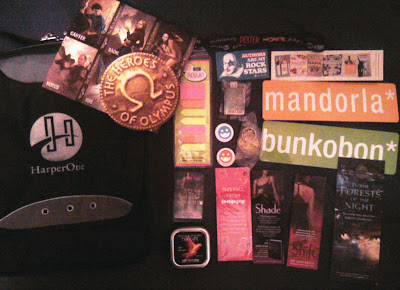 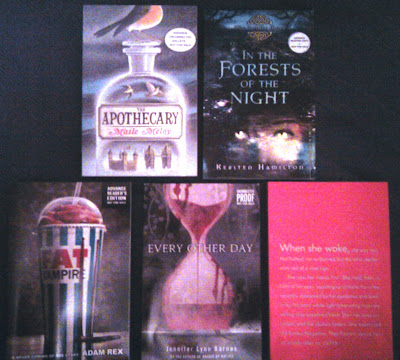 The Apothecary by Maile Mcloy
The Goblin Wars, Bk 2: In the Forests of the Night by Kersten Hamilton
Fat Vampire by Adam Rex (SIGNED)
Every Other Day by Jennifer Lynn Barnes
When She Woke by Hillary Jordan

What can I say?
Alexia is a FABULOUS blogger friend and if you haven't checked out her site, you've definitely missing out.  Much thanks to her for the FAB mystery box!

That's it for this week.
So what do you think?  What did YOU get?
Do tell!

So glad you enjoyed the mystery box! Though I sorta like Box of Awesome better! :)

What a shopping bag, you are one lucky blogger.

Alexia561: Definitely and yes...no matter the name, the prize was awesome as are you my friend! ^_^