Welcome back to Satisfaction for Insatiable Readers….the place to be when you’re in the mood for some pure unadulterated BOOKISH fun. To feed your need to read, today we play host to a blog tour courtesy of Tribute Books Blog Tours and featuring a good old fashioned mystery. Okay, so it’s not so old-fashioned as it is actual mystery, but it is good nonetheless. With something to feed both the eye and the mind, let’s jump right in with both feet, shall we? Today’s blog tour guest and book of choice is…. 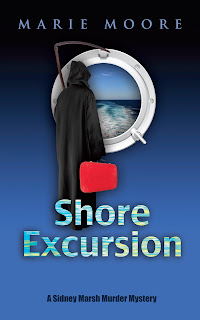 From the Tribute Books Blog Tours….


Travel agents are a vanishing breed, but Sidney Marsh, a New York transplant from Mississippi, is holding her ground--at least on land. She is the tour leader on a cruise through Scandinavia for a group of eccentric senior citizens who call themselves the High Steppers. Sidney expects her days to be filled with long meals, shopping expeditions and visits to museums, churches and fjords. But this cruise is anything but routine. There is a killer on board, targeting the High Steppers and quite possibly herself.

After the first suspicious death, the captain and his crew are grimly determined to carry on as usual. Disgusted with their inaction, Sidney decides to take matters into her own hands and launch her own investigation. She enlists the halfhearted help of her friend and business partner, the flamboyant and fun-loving Jay Wilson. Suspects abound. What about those two handsome young men who stay mysteriously aloof? One of them has his eye on Sidney. So does another passenger, far too charming and again too young to fit the "High Stepper" mold. Then there's Captain Vargos, the arrogant ladies' man whose plans to thwart Sidney's investigation might include seduction.

Who is that crew member shadowing Sidney? Is the theater really haunted? Even the High Steppers themselves are not as predictable or harmless as they seem. The closer Sydney gets to the truth, the less she understands. Shore Excursion is the first book in a new mystery series featuring amateur sleuth Sidney Marsh.


Sounds good, right? Perhaps the best sounding part of it right there, and something to note, is that it’s the first in a new series so we can look forward to further adventures with this sleuthing dynamo….or wanna be dynamo, as she kinda stumbles into a lot of the situations she lands in… ^_^. Now, before we delve deeper, let’s address the visual….how COOL is that cover?! I mean really, at first glance I wasn’t sure what to expect….Death Takes a Vacation…Death on the High Seas….Port-hole of Death….(HA!) So many ways it could go but one things for sure….the big D is going down in style with that red suitcase. To summarize, unusual combination but it TOTALLY works. Now back to the story… 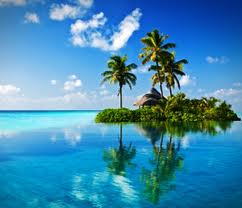 Miss Sidney Marsh is a hoot. She’s spunky. She’s driven. She enjoys the simple things in life like traveling the world to exotic places while barely making her bills….ahh, yes….such is the life. Okay, so she sounds irresponsible but she’s not! She’s a travel agent (for you young readers out there…..those were - and are in some places - the people you could call with an idea for a trip and THEY would make all the reservations and arrangements FOR YOU….amazing, right?) and a darn good one at that; definitely better than she thinks she is, especially considering the circumstances. I mean really, it’s not everyday that your tour group gets picked off one by one by ….well, you get the picture. She handles things quite well when all is considered and her intuition never truly leads her astray….though she can be a bit TOO trusting at times, which leads to some interesting situations (think treed….as in up in an actual tree to escape someone or something).

Her partner in crime, so to speak, is the ever FABULOUS Jay…who’d rather eat at the free parties he’s invited to than go a week without spending his paycheck on designer clothes. Well, some like to live their best, and some like to look like they are anyway. No really, at heart he’s a sweetie and he’d do anything for his friends and his group, the High Steppers. Oh, wait….did I fail to mention these high rollers? Let’s correct that. The High Steppers are a group of travelers that happen to globe hop together. They book their tours, go on the expeditions, and travel the high seas in style, with winning attitudes…*cough*cough*. They’re an interesting group with personality to spare and I found the easiest way to keep them straight was the handy dandy who’s who list Sidney creates for herself; plus it makes it easier to both check off the victims and potential suspects. Now on to the story….

﻿ ﻿ I often find books in the Mystery genre to be somewhat transparent, letting you easily guess who’s next on the “get them” list as well as who the perp is behind the acts. This story…some areas suffered the typical pitfalls but the big unveiling was kept mum and the twist at the end was a DEFINITE surprise, not to mention the laughs to be had. Brava Ms. Moore! Those facts alone were enough to propel my interest onward to the eagerly anticipated second installment….of which I’m holding a spot open on my wish list just for it. One more thing I noticed though was the attention to detail the author paid when painting the picture of the ports of call as well as the planned excursions, day tours, dining options, etcetera. It was almost as if a part of Sidney was gleaned from real life. Surprise surprise…it was. As it turns out, the author herself was a travel agent for over a decade thus the authentic touch of reality in her work. It transferred to fiction fairly well….but don’t be surprised if you come out a bit wiser for it. There’s some great tips here.

In short, a trip you wouldn’t want to miss with a cast and crew you won’t soon forget. The twists and turns, triumphs and stumbles, all add up to a grand reading adventure. The perfect read for your weekend getaway and a great place to look for inspiration the next time cabin fever gets a hold of you! Recommended for teen through adult readers….it’s good clean fun with a side of mayhem; easily handled by the age range mentioned. This book is scheduled to release on April 1st….for a few instant pre order choices, just click on one of the links below.

Review copy received courtesy of Nicole at Tribute Books Blog Tours. (THANKS!) For more information on their services and upcoming tours, be sure to check out their Facebook page…and don’t forget to check out the rest of the tour as it makes its way through the blogosphere. To discover more about the author and this blossoming series, visit the official website.

I've been looking forward to learning more about this one as I love the cover. A great post, thanks for the information, this has to go on my wish list.

Gina - I'm glad you got a kick outta Sidney, and learned some travel tips along the way. As always, thanks for always adding such a personal touch to all of your reviews.

Petty Writer - excellent, I hope you get a chance to read Marie's book.

Petty Witter - my apologies - I blame my fingers again for typing too fast :)

This sounds fantastic! I always love a good mystery that has a surprise ending. You don't find too many of them usually. Great review! ;o)

Thank you so very much, Gina, for your terrific review! What a great way to end the blogtour! I am so glad you liked Shore Excursion and hope you will come along with us on all Sidney's adventures. Thanks!

Tribute Books: My pleasure Nicole! Thanks for the chance to spread the word on this title...a great start to a series no less!

Marie Moore: Thank you so much for stopping by! I have my bags packed...you just name the time and place and I'll jump on board the next adventure. ^_^