Perception is a powerful thing...

Hi there everyone!
Welcome to the Friday edition of Satisfaction for Insatiable Readers....the place that thinks great reading should NEVER take the weekend off, and Friday is no excuse for slacking!


Okay, so I say that with a little tongue in cheek action there because today's feature is not what I originally intended but seeing as how I'm out and about (aka at work), this one will work nicely because really....who hasn't at some time or another wished they were somewhere else? Yeah...that's what I thought.  Let's get to it shall we because this is one book that's a whole lot more than it seems. Today's book of choice is.... 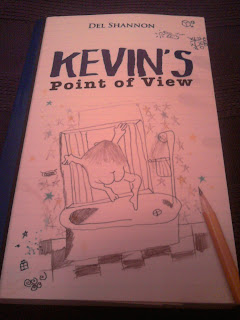 When I first encountered this book, I believe it was on my friend Nayu's blog (http://nayusreadingcorner.blogspot.com).  At first I didn't know what to think, I mean come on...look at the cover?  Go ahead...look. Yes, that is a drawing of someone jumping out the shower and through the window...sans clothes. *blink* If not for the childlike qualities (thanks to the added details and doodles), I probably would have stopped right there...but something told me to carry on. I read the review and was pleasantly surprised that it did indeed sound like a good read, said as much on the post and jotted it down for future reading quests.  A few months down the line and I received a review request from the author which immediately grabbed my attention....after all, it's not every day that a book on your to read list waltzes out of the shadows and into your here and now unrequested.  I happily accepted the chance, even though I knew it would be a bit of a wait til it crawled it's way to the summit of Mount TBR....but one day, something magical happened. It made it out of the dregs and all I can say is...why oh why did I wait so long to read it?!?

Meet Kevin Tobin ...twelve year old rambunctious boy with an active imagination and a family tragedy not so far in his past. You see his father passed away most unexpectedly just about a year ago and things haven't been the same since.  Oh sure, his Mom takes care of him and his big sister is still a pain but for Kevin, every day since has been one more day away from his father's memory...something he doesn't want to forget.  The way things are looking...he might just not have to...

How so? Ah, well let's just say that time might be on his side whether he realizes it or not...especially when an evil business type scientist let's his bumbling assistant (who as it turns out may not be so bad after all) handle the care of his take-over-the-world invention; things are bound to get interesting. All said (and unsaid) events lead to a missed trip, a wild chase, lives threatened, and revenge (or lack thereof) carried out care of the Shroomwagen (don't ask...its better to meet in the story).  Once the adventure starts, you wont want it to end, and yet there is more to the story then what's been mentioned.

The loss of a parent is beyond words and my heart goes out to any and all that have experienced that ripping apart of worlds...but within this story we see one going man's reactions to such an event take a turn to the creative.  It's explained most eloquently in the book by Kevin at one point or another but in short he finds escape through his imagination.  Any time he's somewhere or doing something that he just can't handle, he reinvents himself as a character he's either watched or created himself.  Of course, he doesn't really have super powers or super gear like these caped crusaders but he does have heart and that will take you a long way when standing face to face with evil. ...or in this case a big dude who wants his gadget back pronto. The journey he and his friend Tony unwillingly embark upon will show just how strong the bonds of friendship are and how giving up on someone you care about is not an option.

I rather enjoyed this escapade...more so in fact than I thought I would.  The escapes from reality were hard to digest at first but the steps aren't hard to pick up so things are sorted out quickly. The evil baddies were believable and their leader equally intimidating.  It actually took Mr a few times to create the right mental picture of said bad guy because for some reason I wanted to paint him as small and nerdy when in fact he's much the opposite. Kevin's sister was a great blend of the love/not-so-love relationship shared by most siblings; hr grates on her nerves but don't mess with him yourself.or she'll kick your butt.  Scratch the pizza dude...hes a hoot.  One moment he's philosophical and the next you're wondering where his brain went without him; one second mellow and the next "back-away-from-the-Shroomwagen" man.  He's a contradiction of himself and yet.you can't help but smile.

All in all, a wonderful read great for those that like a little mystery, a dash of science, Lisa's of imagination, and a good helping of laughter.  Part of the ending is something I guessed to some degree but the story has so many twists and turns along the way....you're never REALLY sure if it will all pan out.  Trust me though, the secrets revealed at books end tie together a great mass of information in ways you'll never see coming and it's  that element of surprise that keeps this book fresh and exciting.

Recommended read for older children through adults.  This book is available now so seek it out at a bookstore near you....you won't regret it.  Special thanks to author Del Shannon for the signed review copy. (THANKS!) For more information on Kevin's amazing story or the author himself, feel free to visit the official website (http://www.KevinsPointOfView.com) 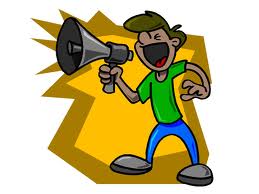 ....has been re-imagined and republished as... 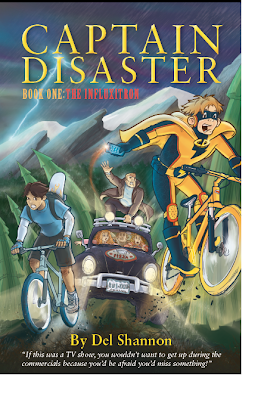 Kevin Tobin is a relatively ordinary twelve-year old dealing with the aftermath of his father's tragic death in a mountain biking accident near their home in Boulder, Colorado. To escape from his emotional turmoil, Kevin has developed his imagination into a dangerous foil and a powerful ally. While he antagonizes his sister through his superhero antics, his ability to escape inside his character's (Captain Disaster) head becomes critical to his survival after his life is once-again turned upside down a year after his father s death. A mysterious package arrives in the mail, Kevin and his best friend are hunted down by a ruthless villain set upon world domination, and after enlisting Kevin s teenage sister and her pizza-delivery boyfriend in a battle for control over time itself, the secret of Kevin s whole existence is revealed to him by a source we never expected. Del Shannon's imaginative story telling and his appreciation for the powers of family and the desire of young boys to both escape reality and prove themselves within it make this a book with wide appeal for readers of all ages.

~~~~ Thanks for your attention!  Now back to your regularly scheduled reading! ~~~

I admit I had to look at this cover twice.

Interesting and informative, in other words a great post, it told me everything I wanted to know.