BLOG TOUR: The Galahad series comes to an end...

Hi there!
Welcome back to the place that never takes a weekend off (well, not fully anyway or from books)....Satisfaction for Insatiable Readers.

Today we play host to a blog tour celebrating the final installment of a Young Adult that recently made its way into the literary world. What's that you say? Why haven't you heard about the first five novels? Oh, well that's simple....I hadn't either so of course I couldn't share what I didn't know, but from what I've been told, though connected they work as stand alone reads too. You won't have to worry about THAT though. (hehe....keep reading.....)

The series....the Galahad series.
(Sounds all sorts of mysterious, right?)

The book that started it all.....The Comet's Curse (which I'll be reviewing later this year). Here's a look at how it all began.... 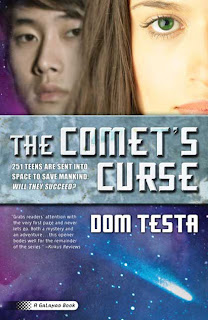 When the tail of the comet Bhaktul flicks through the Earth’s atmosphere, deadly particles are left in its wake. Suddenly, mankind is confronted with a virus that devastates the adult population. Only those under the age of eighteen seem to be immune. Desperate to save humanity, a renowned scientist proposes a bold plan: to create a ship that will carry a crew of 251 teenagers to a home in a distant solar system. Two years later, the Galahad and its crew—none over the age of sixteen—is launched.

Two years of training have prepared the crew for the challenges of space travel. But soon after departing Earth, they discover that a saboteur is hiding on the Galahad! Faced with escalating acts of vandalism and terrorized by threatening messages, sixteen-year-old Triana Martell and her council soon realize that the stowaway will do anything to ensure that the Galahad never reaches its destination. The teens must find a way to neutralize their enemy. For if their mission fails, it will mean the end of the human race….

Now, the book we're here to celebrate and that brings it all to a grand finale....The Galahad Legacy. 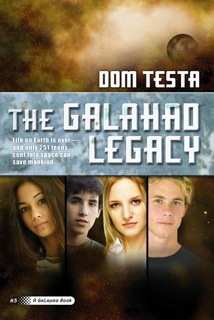 Council leader Triana Martell has returned from her journey through the mysterious wormhole, but she isn’t alone. She is accompanied by the ambassador of an alien race—the Dollovit.

While the Council and crew of Galahad struggle to come to terms with the existence of the Dollovit, the ship begins to flounder. The radiation shields threaten to fail, damaged by the appearance of multiple wormholes. The Dollovit have a proposal for the crew: an offer of assistance that could be their only hope for survival. But their offer comes with an astronomical price. Beset with doubts and surrounded by danger, can Triana and her crew find a way to reach their destination—a new home for the human race?

I thought so, and that's coming from someone who doesn't usually do a lot of Scifi reading. As part of the tour, I was granted TWO privileges which I now get to extend to you. First, a special excerpt from the final book that if you've been following the tour should fall right into place with all you've learned so far. Ready for the sneak peek? Here goes....

He mumbled an uh-huh, then took a seat at the table. “Of course I’m dying to know what happened to you, but I guess I’ll wait for the others.”

There was another uncomfortable silence. Triana wrestled with what to say next, but was spared when Lita and Channy walked in together. Both girls wasted no time in hugging the Council Leader.

“I’ll start with this hug, but then I want you to turn around so I can kick you squarely on your tush,” Channy said with a mock frown.

“Nothing new. I was telling Gap that things seem a little scattered, but I’ll catch up.”

*Please visit The Readiacs for the next excerpt from the second chapter of The Galahad Legacy. *

Hmmm....curious, very curious....now I'm dying to know what happened to them as well and just who "them" is!?!

The tour continues through April 13th, the full schedule for which can be found HERE. 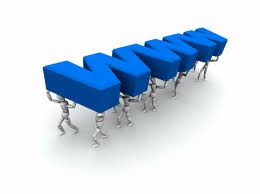 
If you happen to be in the Texas area and looking for a great opportunity for a meet and greet, author Dom Testa (the author) will be making an appearance at the following locations, so mark your calendar and pack your bags! 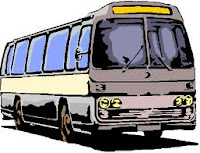 Special thanks to Karen at Media Masters Publicity for the chance to participate in this promotion. (THANKS!) For more information on their promotions and services, feel free to visit their website. For more information on the Galahad series, pay a visit to the bookstore nearest you, like the author's Facebook page, check out their Twitter feed, visit the author's site, or click on over to the publisher's website. To discover more about the publisher (Tor), take a gander at their site, like them on Facebook, follow along on Twitter, or even sign up for their newsletter to stay abreast of the latest and greatest.

Now, before we close, how about that second privilege I made reference to before, hmm? It's a doozy. Are you sure you're ready for it? Okay, but you were warned. Thanks to the generosity of Media Masters Publicity and the publisher, I have a chance for you to win not one, not two, but the ENTIRE SET OF THE GALAHAD SERIES BOOKS! That's right! Books 1-6 could be yours...all you have to do is enter. Here's the scoop....

(1) complete set of The Galahad series books which includes...

Just fill out the form by clicking HERE.

Open to U.S. residents, no P.O. Boxes please. Entries accepted through Sunday, April 8th, 2012 midnight CST. Winner will be contacted via email and have 48 hours to respond with their mailing information (unless provided with the initial entry). If no response is received in the given time frame, a new winner will be chosen. 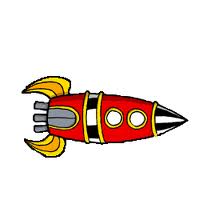 So there you have it!

Another exciting tour, a (possibly) new-to-you series to add to your wish list, and a chance to win the whole shebangy in one felt swoop. All you have to do is enter, so what are you waiting for?

O cool I hadn't heard of these.

What an amazing giveaway. These sound like great reads, I think you may well have solved the problem of what to get Niece #2 for her birthday.

I have been seeing these books now more than ever, I must read them! Thank you for the great giveaway!

Thanks for the giveaway.