Hi there!
Welcome back to the site that aims to please the reader in all of you…and yes, I mean ALL of you, even YOU…Satisfaction for Insatiable Readers. 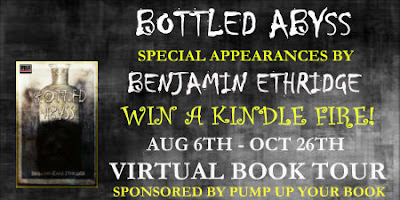 So, how is everyone enjoying the October festivities so far, hmm?  Getting you in the spirit of things (pun totally intended)?  Sure hope so, and the fun has only just begun!  Today, we play host to another Pump Up Your Book blog tour making its way through the blogosphere as we speak, featuring an interesting title with an uber creepy cover and creep-tastic synopsis to boot!  No, really…grab the flashlight or your fur baby, you just might need it.  Without further ado and because I simply can’t keep the lid on it any longer, please welcome our blog tour guest and today’s book of choice…. 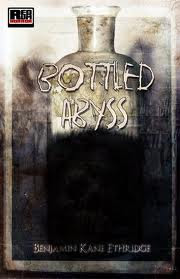 Herman and Janet Erikson are going through a crisis of grief and suffering after losing their daughter in a hit and run. They've given up on each other; they've given up on themselves. They are living day by day. One afternoon, to make a horrible situation worse, their dog goes missing in the coyote-infested badlands behind their property. Herman, resolved in preventing another tragedy, goes to find the dog, completely unaware he's on a hike to the River Styx, the border between the Living world and the world of the dead.

Long ago the Gods died and the River dried up, but a bottle containing its waters still remains in the badlands. What Herman discovers about the dark power contained in those waters will change his and Janet's lives forever... 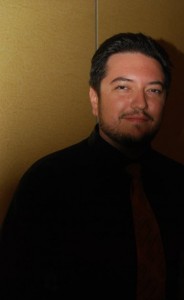 Benjamin Kane Ethridge is the Bram Stoker Award winning author of the novel BLACK & ORANGE (Bad Moon Books 2010). For his master's thesis he wrote, "CAUSES OF UNEASE: The Rhetoric of Horror Fiction and Film." Available in an ivory tower near you. Benjamin lives in with his wife and two creatures who possess stunning resemblances to human children. When he isn't writing, reading, [or] video-gaming, Benjamin's defending 's waterways and sewers from pollution.

Oooh….so curious to know just what powers that bottle contains, though I have to admit, an idea is forming in my head…and I love his bio (“creatures”, ha!)…but I digress.  This isn’t about me, it’s about you!  What do you think?  Sound like something that would make your “to read” list?  Perhaps it’s a title that a friend or friend of a friend would be interested in reading this Halloween season (or any time for that matter)?  The sky’s the limit when you reach out to fellow readers, and speaking of fellow readers…

Though this tour would be quite interesting enough what with all the reviews, spotlights, interviews and what not already running and still to come, we’re about to multiply that excitement level ten fold.  How so?  Oh, well you see the great folks at Pump Up Your Book and author Benjamin Ethridge just so happened to have teamed up to give YOU a chance to win this… 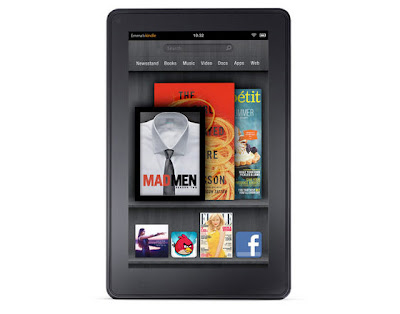 Sound good?
I thought it might.
(Hey, if not for yourself, imagine the possibilities because you know the official gift giving season IS just around the corner...)

Gaining entry to win this lovely is easy peasy via the Rafflecopter below NOW through October 26th, 2012…but you can’t win if you don’t enter!  So, what are you waiting for?  Go go GO!


Oh...wait a second.
Hmm...so it seems, I don't have the code for the copter but all is not lost!  Just click HERE to be whisked away to the tour post page and presto change-o, the rafflecopter entry form will appear!
See...I take care of my readers.
^_^

Special thanks to Tracee at Pump Up Your Book for the chance to participate in this promotion.  (THANKS!)  For more information on this tour as well as their plethora of happenings past, present and future, be sure to visit them online, friend them on Pinterest, add them to your circle on Google+, like them on Facebook or follow along on Twitter!

Until next time, good luck, SPREAD THE WORD…and happy reading!

Never mind what's in the bottle, is the dog ok? Intriguing stuff, thanks for sharing.

Creepy cover and an intriguing synopsis! And love that he lives with two creatures, who are no doubt thrilled that their father refers to them as such! *L*

And I'm with PW....what happened to their dog?