READ ALL ABOUT IT: Literally Dysfunctional

Hi guys!
Welcome back to the site that aims to please the bookworm in us all….Satisfaction for Insatiable Readers. 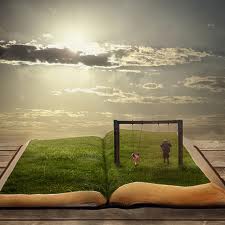 Today, we are taking a break from the tours (for a moment at least…but don’t forget to enter all the contests still running on the site!  Just check the right hand side bar for the links and details…) to reflect on something I watched just the other day.  What’s that?  Oh you caught that did you…yes, I said WATCHED.  Now you might be wondering how on Earth can this be a book post if you WATCHED it or perhaps you’ve jumped ahead and begun to ponder if this is another one of those posts that will wax on about the merits and follies of turning a book into a movie….I know you guys, you’re a crafty bunch.  Alas, this time around you would be wrong on BOTH counts; yep, it’s time for me to be crafty….but only for a moment because while keeping you in suspense IS fun (for me anyway), I know how it feels on the other side of the screen (well, not IN the web, but on your side of things, reading a post and saying tell me already, just spill it!).

The featured work today is in fact a WEB SERIES where a few of the literary characters you know and love take center stage.  When approached regarding a review of the site/episodes, Amber (a writer and co-producer of the show) had this to say about its origins….”It sprang from my own passion for the written word, and the desire to use a visual medium to create a show for people who love books."  How could I resist?  So without further ado, let’s draw the curtain back on today’s bookish show of choice… 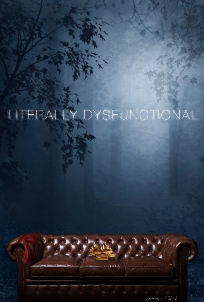 Pardon e moi for just a moment...I have to give one small critique before we delve into the awesome-ness that awaits you.  EVERY time I read the title of this show, this web series....my eyes and my brain want to change one small thing; the first word.  For some reason, I want to say LITERARILY not LITERALLY Dysfunctional...you know, a play on LITERARY.  Some how in my wee little brain it would make a bit more sense.  Grant it, I know it's not an "official" word, more like one adopted by those in the bookish community (see, ANOTHER made up yet definable word) but it IS accepted to as one in polite conversation and definitely makes an impact.  Anyone else?  *glances round*  Anywho...whew!  There....I feel much better now; moving on!

Thus far there are THREE episodes, all of which are about five minutes in length.  Each one provides just enough storyline to further acquaint you with the characters, move things along, and still keep you coming back for more…and more there will be.  Let’s take a closer (yet brief, don’t want to spoil all the fun) look at those “now playing”… 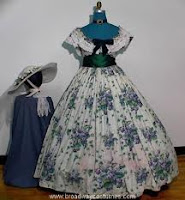 In their world, or rather our world as it is set in current times, there are Guardians of literary characters and their stories; when the stories change too much…*POOF*…the characters are gone as is the literary gem we adored.  The introduction here where a young is told by her father how sometimes people, even our favorite characters lose their way and need someone to guide them back to the stories we cherish is lovely; short and sweet, but heartwarming all the same.  The quick flash forward to Lynn’s current session in progress leaves no doubt in our minds that she took those words to heart, however the passion with which Red, excuse me, Tilde speaks is intimidating…scary even.  *-*  (Good acting!)

Episode 102:  Never Can Tell What Lies Ahead

Catherine dreams of the moors as a fight rages on.  A new member is introduced, and a legend attempts to destroy her story forever.

Picking up where episode one left off, we now turn our focus a bit towards Catherine as she peers at or through a poster on the wall….what IS behind that thing?  Very curious indeed….plus the revelation of Red’s activities since her grandmother saving days will definitely shock and surprise; at least it did ME anyway.  Word to the wise…watch out for Red!

Episode 103:  The Mouth of the Wolf, or the End of the World

Lynn and Red break the rules & brave the real world as serious lessons must be learned.  Red's softer side and her crush are revealed.

Three episodes in and it’s apparent our first “star” is Red…aka Tilde.  She’s on a journey much bigger than she realizes but with ’s help, that’s seriously about to change.  I love ’s approach to solving Red’s “issues”, getting her to realize how important she and her story are to so many…and the twist at the end was quite the surprise!  Also, adoring the location used.  A little research reveals it to be the LA Public Library / entrance and the quote above the door that I paused the video to admire was this… “In the world of affairs, we live in our own age. In books we live in all ages.”  Quite right and yet filled with the promise of the magic that awaits you inside…

So, avid readers AND watchers…would I recommend taking a gander at this series?  You bet your book reading selves I would!  It immerses you in a world where characters have sprung right off the pages in need of OUR help…can you imagine?  It’d be like getting that fictional “dinner with any five people” you've dreamed about once upon a time…only with more talk about “feelings”.  The casting and wardrobe is spot on for representing the characters they are portraying even if some of their actions are out of whack….hey, they’re not attending group therapy for kicks, you know?  It’s a lively way to bring books into another part of your day and a creative idea sure to attract A LOT of attention (or should I say MORE because it’s already sparking conversations in the great big out there).  So click on over for a spell and check out all there is to see while things are just getting started….playing catch up was never MY favorite sport and I doubt it to be yours either. 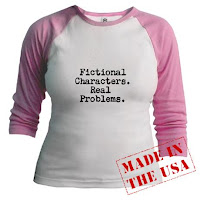 Special thanks to Amber from the Literally Dysfunctional team for reaching out to me so I can bring this spotlight/review to all of you.  (THANKS!)  Catch up on the episodes you’ve missed and stay tuned for those forthcoming via their official website.  Not enough interaction?  I don’t blame you.  They can also be liked on Facebook, followed on Twitter and displayed with pride via their Café Press store.  (I totally have my eye on one of the shirts…or magnetic bumper sticker…or…)

Until next time…happy reading…AND watching!

This is such a fascinating idea! I'm off to check the first episode out. :)

Lost my comment somehow, so hope this one goes thru!

What a fun post! Have never tried a web series before, but this one sounds worth watching! Thaks for the heads up!

This series sounds fabulous! I have never heard of it- but I can't wait to check it out. Loved hearing what you had to say!
~Jess

I love this concept! Also, the cover/poster/whatever...is perfect for it. I'm so glad you posted about it, it looks like something I'd really enjoy watching. Love this, thank you!!! :o)

Alexia561: Not my usual forte but definitely enjoyed it!

DMS: I hope you do...love to hear what you think.

the1stdaughter: So...check it out and tell me your thoughts! *curious*