Journey into the Realm: The Spell Master by Markelle Grabo

Hi there readers!
Welcome back to the site that understands the Barenaked Ladies song "Who Needs Sleep?" a little TOO well....Satisfaction for Insatiable Readers.

Quick reminder....don't forget to check out the right hand side bar for all the contest goodness you can shake a stick at!  FOUR chances to win, FOUR different prizes (or prize packs...depends on the contest!).  Don't miss out!  Now, back to today's post number two....

We've already declared our stand against bullying with this morning's post (click HERE to check it out and make your voice heard), but I simply couldn't leave well enough alone; especially when a recent read that just so happened to need reviewing had a bit of bullying, prejudice if you will, in it as well.  It's the second book in an eventual SIX book Young Adult series (for those of you that prefer to wait til they are all published before embarking on the journey, I highly suggest you break the habit) dealing with magic, fairies both good and not-so-good, elves and elfens, secrets kept, families lost and...well a lot of other really exciting and curiosity inducing things that make this a must read.  If you haven't heard of this series before, it's high time you did (click HERE for a glimpse at my review of book one as an introduction).  Without further ado, today's book of choice is... 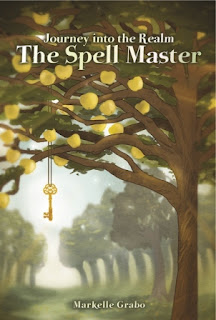 Journey into the Realm, Book 2:
The Spell Master
by
Markelle Grabo


Only one key can unlock the secret...
After discovering her true heritage and rescuing her sister, Ramsey Wilder is finally adjusting to life in the Elf Realm. She still has a lot to learn though, especially about her new power, which makes her start in ability school extremely convenient. But even as she immerses herself in school life, the secret she has yet to learn continues to linger in the back of her mind, as well as thoughts of Finn and his dangerous promise to return. And with Stellan away at war and Zora acting strange, Ramsey has no one to turn to but Nathan, an elf from school with much more to him than spells and a sarcastic sense of humor that Ramsey can't help but gravitate toward. And as danger reenters Ramsey's life, the terror and mystery only brings them closer together, threatening her future with Stellan and jeopardizing her relationship with her sister.
Ramsey can't lie to herself forever about what - and who - she truly desires, but is she ready for more changes to be a part of her already uncertain future? In this thrilling second installment, the key to Ramsey's secret may very well also unlock the secrets to her heart.

Ramsey is the elfen girl we've grown to love over the course of book one; in book two, we find her adjusting to her reclaimed life in the Elf Realm...with a slew of new problems about to befall her.  Finn, the dangerous and evil Element Fairy, is still after her.  Zora, the elfen sister she rescued, is treating her like a stranger not family, holding her at arms length  and still withholding the BIG secret that concerns Ramsey herself!  Of all people, she NEEDS to know (as do we!)!  Stellan, the elf she fell in love with (a little too quickly but I understand), is away at war fighting to keep their realm safe, and his elfen alive.  That enough drama for you?  Oh wait...there's more....

Enter Nathan, the unintentionally (not really) suave, dashing, green eyed Spell Master elf that...oh wait; she KNOWS him!  He's "the Stranger" from book one (and the subtitle of book 2...TADA!  Can we say semi-starring role in this book? ^_^), and yet upon running into him at ability school....he acts as if they've never met.  Strange, no?  More like strange, yes!  KUDOS to our girl Ramsey for letting it go and actually actually learning more about the fellow behind the air of mystery; that simultaneously makes her feel safe, connected...and weak in the knees.  Smell trouble ahead?  You'd be right on that assumption; suspicion too especially when odd elemental occurrences keep randomly popping up throughout the realm (which signifies an Element Fairy in the area...usually...not that I'm gonna ACTUALLY confirm that theory or anything...^_^)...usually in her general vicinity too.  Thank goodness for good friends, right?  ~whistles~

Perhaps a more curious and certainly FUN pair introduced are Ramsey's and Zora's newly hatched dragons.  Yes, DRAGONS!  Imagine having one as a pet/companion?  Well these little guys are simply adorable and thanks to the delightfully described firsts for little Kalani (Ramsey's dragon), I have this little pudgy purple dragon tottling around in my mind's eye.  Mind you, she's not so little anymore, but she is just as spunky, take charge, and save the world as Ramsey...a perfect match.  There are other players here that you will both love and loath.  Some are obvious choices (such as Brielle, princess or not we know she's anything but conventional); others are well cloaked (like Em, what CAN you make of her snarky self?).  One character I was totally right about their true nature (well sorta, there's still things to be sorted there) despite the valiant efforts the author employed to throw us off the track.  Getting back to the story... 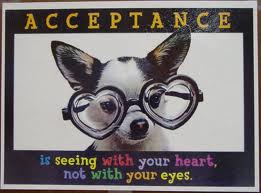 It's not all about fairy wars and heartfelt longing; it's also about finding and ACCEPTING your true self.  Allowing others to see those things that make you who you are and giving them the chance to open their hearts to you.  Here's where we get to the bullying part.  When THE BIG SECRET is revealed (thanks to some creative help from dear old mom...wait, wasn't she deceased?  Hehe...), those that know are but a few; by book's end, it's out there for all to see.  Despite how easily she made friends when she arrived in the Elf Realm, they turn their collective cold shoulder to her.  Even Aayliah, the forever bleeding heart of the group ready to make things better with a cup of tea and some kind words, avoids her like the plague.  Grant it, she's grieving right now....whom she is grieving will remain a mystery until you read this one yourself...but still, it's never stopped her before.  The changes in their attitude despite all the changes that have occurred in and to Ramsey really take their toll on her.  She's a stronger version of herself than ever before but even the strong feel the weight of the careless glances and hushed whispers thrown their way.  If I could climb through the pages and offer her a hug in support, I would...it's simply heartbreaking.  Nevertheless, the story moves on as does she because this is hardly the end of things to come for Ramsey.  Oh no...things are JUST getting started and with her Spell Master by her side (mini-spoiler, but only just), there's nothing she can't do.

In conclusion, a great addition to the series and one that left this reader satisfied...yet still wanting more!  The only less-than-positive critique point I had was in regards to the flow of the story.  Overall it was good, but there is an abrupt change in direction a time or two that left me wondering if either A) they were simply trying to draw things to a closing point, albeit a tad rushed (even if it IS almost 400 pages), or B) the later half of the story should have been considered for the beginning of the next installment in the series.  Cie la vie...it did not ruin my enjoyment of the adventure within nor lessen my desire to add book three to my reading list.  (Though I'm not certain when it will be available as our young author is embarking on her college journey, I'm keeping a nice spot on my wish list ready and waiting.  ^_^) Recommended read for teens and beyond.  If you're a fan of the Young Adult genre, love a good mystery, a healthy dose of magic, a journey of self-discovery that is laden with danger and a little love for good measure, this is definitely one for you.

Review copy received courtesy of the author's number one fan and great PR presence, Maryanne Grabo (yep...her mom!).  (THANKS!)  For more information on this title as well as the entire growing series, be sure to visit her official website, check her out on BookBlogs.Ning, or follow along on Twitter!

Well this series sounds awesome! I love dragonds, elves, and fantasy in general! Thanks for sharing.
~Jess

This sounds like much more than your average fairy tale, thanks for recommending it.

I love books that stress self-acceptance. It's SO important and something I'm working on right now. :)