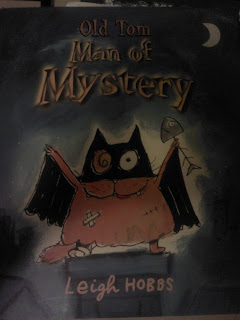 Hi guys!
Welcome back to Satisfaction for Insatiable Readers...the place that knows how to let the good times roll.

QUICK REMINDER: Several contests going on right now, here at the site. Some GREAT prizes and prize packs up for grabs too! Don't delay...get your entries in today!  It's easy peasy, promise. ^_^  In fact if you'd like to win TWO TICKETS TO A 'TO KILL A MOCKINGBIRD' SCREENING IN YOUR AREA + A COPY OF THE BOOK, you might want to enter right after this post because the winner will be drawn at the stroke of midnight.  Now, back to today's post...

Today we are taking a step back from the uber scary and twisted times to celebrate a masked (hence the Halloween-esque aspect of the post) crusader...that's not who you're probably thinking of right now and gets into his own variety of trouble.  It's a rip snorting time that's sure to have you gasping as the audacity of it all while trying to squelch a severe case of the giggles.  Let's meet an "old" friend on a new adventure then, shall we? Today's book of choice is...

Yes, Old Tom is back and this time he's adopting and alter ego. Before you start with the Robin Hood comparisons, allow me to remind you...this IS Old Tom. *-* While he is adorable and fluffy, he's also a handful to say the least.  Good thing Angela Throgmorton, his owner, is SO fond of him because he really needs a good etiquette class post haste!

Angela is a trusting soul and forgiving considering all the antics Old Tom gets into...but this time takes the cake.  As she is a busy woman, she needs a little help around the house...nothing crazy, just your average chores. Old Tom jumped at the chance to help
...or rather not. (If I tricked you there, you apparently weren't listening about our furry friend here!)  Old Tom has other ideas and plays the sympathy card by saying he's sick...thoughtful caring Angela falls for it hook line...but not sinker.  You see she's noticed that the appearance of a certain "Man of Mystery" happened to coincide with Old Tom's ailment.  But what could it mean?  She aims to find out...and what ensues is someone being outed, a forced facing of facts and a future dreaded by certain parties. (Dun dun dunnnn)

Don't worry...no one was hurt and everyone still has a home, but what unfolds is a quick game of cat and mouse that, well...the cat IS the mouse!  This is another classic storybook combo where the words are just as important as the images...and how hilarious those images are! Seeing Old To...I mean the Man of Mystery in his little get up, watching his face when asked to help around the house, Angela catching him red handed in a fib...too cute and all laid out for you in colorful page after colorful page.  My favorite is probably when he's on his escapades, all the goody faces and dangling about....haha!

Overall, a great read for the whole family with an air of mystery perfect for this time of year.  Old Tom will captivate you once again as he tries to prove the best things in life are free and should all belong to him with nary a toe lifted!  Think of him as the Garfield for a new generation, just lazier and without the supreme love of lasagna. ^_^

Review copy received courtesy of Peachtree Publishers. (THANKS!) For more information on this title, be sure to stop by the website or follow along on Twitter.  This title is available now and should be at a bookstore near you! Don't forget to check out the Peachtree Publishers contest going on now for your chance to win a copy of Return of the Library Dragon by Carmen Agra Deedy and so much more!