The Cat by Edeet Ravel

Hi there!
Welcome back to the most exciting place to be in the ether-sphere (well, okay...ONE of them, bookishly speaking ^_^), Satisfaction for Insatiable Readers.

So, how did Monday treat you? Good I hope.  Here's hoping that Tuesday follows suit and Wednesday just makes it even better because life doesn't always follow the plan we've laid out for it.  Sometimes the impossible happens, the unthinkable comes to pass and all we can do is our best to pick of the pieces to reassemble a new version of what was once but now can never be.  Yes my friends, today's choice will break your heart but it is SO much more than that that any tears you may shed are well worth the journey.  Today's book of choice is... 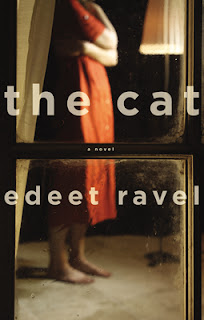 The Cat
by
Edeet Ravel

A rather unassuming title that would sooner quirk your eyebrow in curiosity than make you think of heartache and loss, yet that is where the story begins; deep within the depths of a heart touched by tragedy and a life ended well before its time.

The book is broken up into months and through the days that pass we meet our lead character, Elise.  She is a single mother whose world revolved around the life of her son and when his light was snuffed out, her walls came tumbling down.  She tucks herself away from the world fully intent upon removing herself from it all together until a small mew brings her back from the brink of the abyss.  A small mew you ask?  Yes, the sound and plaintive cry of one small fur-baby that was near and dear to her son's heart, Pursie.  She recounts in detail the matching of boy and said cat, the love that flowed from one to the other and back again so freely and without pretense.  Someone has to be there for her when she wakes, feed her when her bowl empties, caution her from straying too far from the front door for one never knows what dangers lie in wait.  Someone has to take care of the little gal as her boy is no longer able to do so...it might as well be her.

So we see how the title came to be, but that is not the end of our story nor Elise's journey.  The path we travel in life if fraught with the unknown, some for the better and some for the worse, and for Elise, this is certainly a part of THE WORSE.  It's worse than being forgotten at a dance by your partner as they leave with someone else.  It's worse than overhearing a conversation about yourself that is anything but flattering.  It's worse than living every day with a stain in plain sight and knowing the first impression you make will always be preceded by it.  It's worse because one never expects to have those that lived under as well as in your heart leave the world before you.  The realization of this hits Elise on a daily basis, minute by minute, second by second and yet the despair and heartache it spawns is not the end of her life, but simply life as she knew it.

Have you heard that the worst of times brings out the best in people?  Sad but true and such is the case here. There are many people offering their support in various ways, but that's not truly what she needs.  Elise needs to make this journey on her own two feet, hand over hand, hard fought inch for inch.  It's her soul's way back to this world, the turmoil and the struggle binding together the broken pieces of a heart not thought to be worth saving and turning it into something stronger that bears the marks of tragedy but does not fall at its feet.

I loved how the author portrayed Elise's wandering from moment to moment in broken pieces that were still connected by the never ending flow of time.  You could see how two steps forward did not always equal the one giant step back she was forced to take emotionally but also the cracks in the armor of her heart; a heart that was still viable, still able to love and show mercy.  The plight she is faced with is something I wouldn't wish on my worst enemy and yet despite the utter tragedy of it all, she eventually begins to loosen her grip on "the end" and find a new beginning.

In conclusion, this is a story of loss, tragedy and a life ended before its time...but also one of hope.  Hope for a new day and the chance to give something back to the world once again.  Hope for the strength to keep the one we've lost in our hearts and minds but allow their influence to color our lives for the better.  Hope for the chance to live a life worth living, something that once we too are gone is there to be remembered by.  Elise doesn't see it at first and the time it takes her to get there seems infinitesimal understandably, but get there she does and I wouldn't have missed the journey for the world.  If you're looking for a heartfelt read not afraid to lead you into the dark of night in order to show you the brightness that a new dawn has to offer, this one is for you. 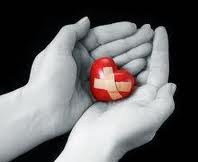 ARC for review received courtesy of Penguin Group USA. (THANKS!) For more information on this title as well as their complete catalog, be sure to stop by their official website, catch up on their blog, friend them on Google+, pin them on Pinterest, like them on Facebook, or follow along on Twitter.  This book was released the last week of March 2013 via Pintail so be on the lookout for it on a bookstore shelf near you.

Not at all what I was expecting - the title made me think it was a children's book. Sounds like a lovely but heartbreaking story, I should think a box of tissues might come in handy.

Petty Witter: Believe it or not it was low on the waterworks, and yet HIGH on the emotional turmoil. ^-^

This sounds really good, and it's always interesting when you hear people retell what turned them or around or brought them back.

This sounds so sad! I love that there is hope through the sadness, though.

Just finished "the cat" I too thought it was about a cat and almost put it down (love cats) but peaked at the inside cover. Having lost my husband many years ago, I then hesitated again not sure I wanted to revisit grief. I don't know how Edeet Ravel did this but she capture the unimaginable loss that comes from losing a loved one. I applaud her writing and the hope that came through as Elise renegotiated her world. Bravo! As I single parent I could see myself in her reaction. My daughter is my world. I'm glad Elise couldn't leave Pursie, her lifeline. As I said to a friend today, it's not about "the cat"

Dena: Yes...it was and yet the hope however small sustained it.

Carol: My heart goes out to you for your loss; I don't wish that knowledge on anyone but I am glad that the book spoke to you and you discovered it was definitely about more than "the cat". Happy reading and thanks for stopping by!