PRE-PUB PARTY: Before I Knew by Jamie Beck

Today, we're celebrating the upcoming release of the latest work from author Jamie Beck.  It marks the beginning of a new series, The Cabots, and while my last (and first) excursion into her writing wasn't as high as my hopes were set, this one was a "different story" in all senses of the phrase.  Ready or not, prepare to meet today's book of choice... 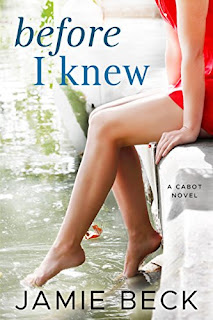 Before I Knew
The Cabots, Book 1
by
Jamie Beck
Montlake Romance

About the book...
Author Jamie Beck returns with an engrossing series about family, friendship, and starting over. In this first Cabot novel, a legacy of secrets tests old friends seeking a second chance at life and love.
On the second anniversary of her husband’s suicide, Colby Cabot-Baxter is ready to let go of her grief and the mistakes made during her turbulent marriage. Her fresh start comes in the form of A CertainTea, the restaurant she’s set to open along Lake Sandy, Oregon, with help from her family. But when her executive chef quits just weeks before the grand opening, Colby is pressured to hire old family friend Alec Morgan. His award-winning reputation could generate buzz, but their friendship has withered since her husband’s reckless dare cost Alec’s brother his life.
Distracted by guilty secrets concerning the tragedy that changed his and Colby’s lives, Alec self-destructed and lost his famed restaurant. With his career in tatters, he’s determined to use this opportunity to redeem his reputation and to help the woman he’s loved from afar find happiness again.
But secrets have a way of coming out. When Alec’s do, they might destroy the new life he and Colby have rebuilt together.

Think "Hell's Kitchen" with a feminine touch, family drama, truckloads of secrets, heartache to spare, and the most infinitesimally small chance at a happier-ever-after.  Yes, my friends, it's not a pretty story, but it is REAL (well, fictitious, but you know what I mean)...and what more could you really ask for?

The characters, the emotions, the trauma, drama, and everything in-between felt REAL.  When Colby stood up to her opposition, no matter how big, imposing, or otherwise towering, you could feel her backbone strengthen, even as the aftershocks made her privately crumble.  When Alec fought with the baggage he was dragging all this time, you could feel his heart burning, his white knuckled grip on life slacking or tightening, and even his self worth plummet when things got too intense.  The friends and family they both deal with along the way felt like your family...Gentry with her wilder ways, Hunter with his common sense prevailing (sometimes), Mr. Mason's never ending animosity, the strength of Ms. Mason, and so many others.  They become a circle of friends you didn't want to let go come book's end, despite the troubles that plagued them along their journeys.  You knew that whatever obstacle they encountered, they would find a way to overcome it.  That doesn't mean their path to each other was lined in edible flowers (if you couldn't tell from the things mentioned already), but then again the best things are always worth fighting for. 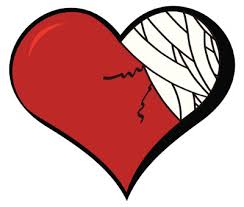 In the end, it was a book that was much more than promised in the best ways possible.  From the chemistry of the characters to the cutesy creative restaurant name, the emotional tug of war to the bigger issues like mental health and suicide that are worked in flawlessly, there's a little something for everyone and though this one is just hitting bookshelves tomorrow, I for one can't wait to see what the series has in store for us next. 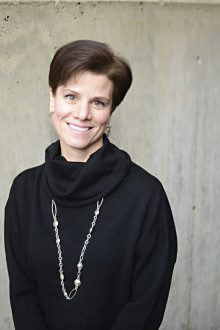 Jamie Beck is a former attorney with a passion for inventing realistic and heartwarming stories about love and redemption, including her popular St. James and Sterling Canyon series. In addition to writing novels, she also enjoys dancing around the kitchen while cooking, and hitting the slopes in Vermont and Utah. Above all, she is a grateful wife and mother to a very patient, supportive family.

Special thanks to Paxton at PR by the Book and Montlake Romance for the eARC for review.  (THANKS!)  For more information on this title, the author, the publisher, or the promotion team, feel free to click through the links provided above.  This title celebrates its book birthday TOMORROW (08/22/17) via Montlake Romance, so mark your calendar or pre-order your copy today!