Good morning (or whatever time it is where you are), everyone!
Welcome to another installment of Taste Testing Tuesdays!
Taste Testing Tuesdays was inspired by 'Teaser Tuesdays', a weekly bookish meme, hosted by MizB of Should Be Reading.
On the menu this week ... a sampling from three books currently in progress.  First, another animal themed work but with kitties instead of pups this time around.  Second, a look beyond the looking glass (so to speak)...had to slip this one in for a read with all the anticipation for the new movie coming out this weekend.  Finally, a long lost treasure....meaning I bought it when it came out, but one thing led to another and I finally have it in my possession once again to read (in preparation for the second book of which I am an ARC)!
Let's have a taste, shall we...... 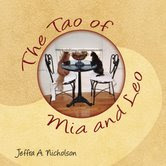 On those days when you find yourself a little cranky beacuse of too many people, too many demands, and too little time, take a break and demand some time alone, some self-nurturing time, time to be, time to replenish, time to reconnect with you.  Leo does.  -- pg 58, The Tao of Mia and Leo by Jeffra A. Nicolson 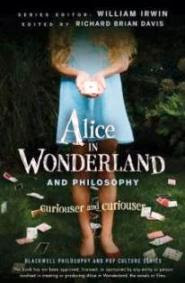 To philosophers, procrastination is a puzzle of Carrollian magnitude, even though it is a strikingly common puzzle (kind of like Sudoku, but not as much fun) -- after all, there must have been some reason why the White Rabbit was so late at the beginning of Alice's adventures! -- pg 26-27, Alice in Wonderland and Philosophy:  Curiouser and Curiouser by William Irwin and Richard Brian Davis 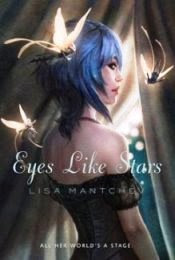 On the neighboring shelf sat Alice's "Drink Me" bottle.  Bertie slanted a look at it; Mr. Hastings had let her sniff the contents once, and she'd never forgotten the combination of triple apple, rose, mango, Arabian coffee, cantaloupe, cola, licorice, and mint.  -- pg 74, Eyes Like Stars by Lisa Mantchev

I love the Alice cover :)

I have been wanted to try Eyes Like Stars. Love anything with faeries and/or fairy tales. Alice is another one I have been wanting reread and excited for the movie.

Love your teasers! All of them look good. I've started to reread Alice and I can't wait to see the new movie. Here's my teaser.

"Confuzzled" Shannon: Yes, Eyes Like Stars grabbes my attention from the cover alone! (the picture I put here doesn't even do it justice) ON the Alice front, it's almost time for the movie!
=0)

emmegailsbookshelf: Looks like most are rereading Alice right now...good prep!