Good morning (or whatever time it is where you are), everyone!
Welcome to another installment of Taste Testing Tuesdays here at Satisfaction for Insatiable Readers!  Taste Testing Tuesdays was inspired by 'Teaser Tuesdays', a weekly bookish meme, hosted by MizB of Should Be Reading.
On the menu this week...two books that are BOTH celebrating their book birthday's today so let's wish the author's a happy one and check out a few titles hitting the shelves near you. 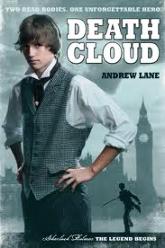 And then he remembered the imposing figure of Amyus Crowe, and a feeling of relief swept over him, flushing away the cloud of uncertainty that had gathered around him like cold water scouring dirt and mud from a stone.  Crowe seemed like he could talk to young people as if they were adults, and his mind worked logically, using evidence as stepping stones to come to conclusions rather than jumping right to the end of the path.  He was the only person who might actually believe them.
-- pg 104, Young Sherlock Holmes:  Death Cloud by Andrew Lane (ARC)


So far, so good!  Another take on the infamous literary figure, this time in his early teens and between the cast and storyline, it's quite the adventure. 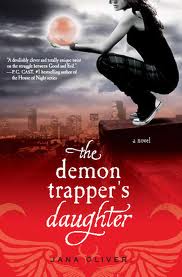 A bottomless pit opened in front of her, and a choked sob escaped her throat, then another as warm tears coursed down her cheeks.  She bent almost double, crying for herself more than her parents.
--pg 98, The Demon Trapper's Daughter by Jana Oliver (ARC)


Just cracking the spine on this one though I did read the first chapter when it arrived and if that's any indication, the story is gonna be good....  ^_^

Looking forward to reading more about these two.

I read couple of reviews on The Demon Trapper's Daughter just now and they all said that this book is a must read. Seriously cannot wait to hear what your thoughts on it.

Shy: Cool! Been avoiding the reviews of it since I was reading it soon. Good to hear!

I really enjoyed Demon Trapper's Daughter -- it's so different! OMG I LOVE Sherlock Holmes! The cover of that book caught my eye and after reading the quote I'm definitely hooked! I've got to check this out! I highly recommend the BBC Masterpiece Mystery miniseries called Sherlock -- it's AMAZING.

Casey: Really? So far, I'm loving it too! As for the Sherlock Holmes book...sounds like a match made in reader heaven. You should check it out! I doubt you'll be disappointed. ^_^

Gotta love the boy on the cover with the Justin Bieber hair! :)

Tribute Books: Huh, you're right...it does look like a shaggy version of it doesn't it? LOL. ^_^

OMG that second one is good and emotional.

Juju: The book is too! A wide range of emotions....

Oh! I've never seen The Demon Trapper's Daughter before! Looks interesting. I love that I almost always find something new to read from your site...have I mentioned that before? Love it!

And of course...the young Sherlock Holmes. One of my current reads as well, though I think you're done with it by now. ;o)

the1stdaughter: Egad! You haven't heard of The Demon Trappers Daughter? It is REALLY good. Different, and at times a tad colorful, but GOOD. Yes, the Sherlock Holmes one was an adventure...review coming this week. ^_^