Get Initiated!: Secret Society: The Trust by Tom Dolby

Welcome back to another day another post here at Satisfaction for Insatiable Readers.  How could it be anything but another review what with all the fabulous titles debuting this week!  I mean really, you didn't think I'd just leave you in the dark now did you?  There there...rest easy.

Today's post is featuring a newly released sequel to a growing Young Adult series that is NOT paranormal....*shock*-awe-*shock again*....but will impress nonetheless.  The first book in the series (The Society) released back in 2009 but walking into this novel you get the feeling you never left the New York skyline behind.  May I present today's book of choice.... 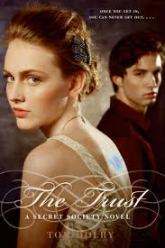 It's a new year and a new world for the freshly minted class of initiates.  We catch up with Phoebe, Nick, Lauren, and Patch just after their little "party" on Isis Island with the Society, setting out in their new roles as Conscripts...and tensions are running high.  As much as they like the opportunities that have been handed to them (freedom, money, professional and personal advances), the fellowship that comes from being part of a group, they have come to a very important decision....they want OUT.  Two deaths, their silence, and their obedience in exchange for a world of opportunity; the price they paid to be a part of the in crowd has become too high even for the richest amongst them.  They are willing to do anything to break free from the Society, even if it means shattering their good names in the process.  There's only problem...no one leaves the Society...willingly at least.


Secrets are uncovered like so many grains of desert sand in this intriguing follow up to Secret Society.  This time around we get more of what we craved from book one...Egyptian history.  Sound odd?  Not really.  I mean think about it.  They use an ankh as their group symbol for parties and member branding.  The Society is based around all these ideals and cultural ties where the grander get even more grand and the low man on the pyramid stays low....similar to the dynasty situations with Pharaohs once upon a time....but that's it.  That's about the extent of what we saw in regards to ties to the culture they were claiming as their own.  It's not that readers (okay, me at the very least) weren't satisfied, it's just when you make a point of creating the connection, follow through seems required.  This book?  Definite follow through success.

The cover art selected always manages to give you pause as you quickly sort out what you believe the book might be about from a visual stand point while the mysterious little ankh tattoo peeking out from the girl's neck makes you curious.  The title is simply in its wording yet captivating in that simplicity and certainly appropriate for the book (you'll see why when you read it).  The writing has an easy flow with chapters spaced just so allowing you to sneak in an extra one (or two or three) before calling it a night...certainly a happy thought if you are anything like me and can't bear to stop mid chapter if it can be helped.  Let's talk characters for a moment as I reveal a few observations from my reading adventure with this installment.

I have to say...I felt Lindsay wavering in her commitment to ending their connections with the group on more than one occasion, despite the fact that she is one of them with the least to lose.  Phoebe had this odd knack for just popping up almost out of nowhere with an insight into their current predicament that was uncanny and sometimes beyond her years (old soul).  Nick surprised me with the backbone (and lack thereof) he showed at various times and Patch, well he's Patch.  You can't help but feel for him as he plays the role of outsider looking in but after the revelation made clear in this book, the next steps in his journey won't be quite as easy.  Thad was a new addition to their group (and newly mentioned in this post...surprise!) and yet had little face time serving mostly as a social stand in to Alejandro's absence, while in complete contrast to him, we have Lia (another new comer that's not actually in the Society) stealing the show with her attitude and style (think glitter lipstick, only better) in her few brief moments in the spotlight.  Favorites amongst them?  Hard to say....but certainly enjoyed getting to know each of them a little better. 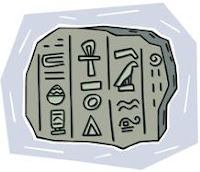 There is one thing to be said about this particular YA series; it is unlike a lot of those you've previously read...guaranteed.  How so?  It's not the sort of story that drags you in kicking and screaming; it lacks the pulsing danger for that.  Nor is it the kind of book that you feel obligated to finish merely because you started it (been there, try not to read that).  It has it's own uniqueness (okay so perhaps that's not a proper word, but I'm making it one...so there...).  You care enough about the characters without becoming overly involved in the details of their lives that you want to see what choices they made and the consequences of their actions.  You are curious enough about the mysterious Society and all their hidden motives and plans in the making that you want to see it through.

The glitz.  The glam.  All covering up something rather peculiar for a group of such "upstanding" citizens and yet I can't help but fear we've only seen the tip of the iceberg here.  I mean their class number still sits above the ideal 14, which can only mean one thing.... *dun*dun*dunnnnn*...can't wait to see what awaits this group of friends next time around.  One can only hope the next book is forthcoming rather quickly...

Recommended for teen and adult readers.  You'll get mystery, intrigue, and a tinge of romance (a tinge mind you)...which all add up to a good read indeed.  ARC for review courtesy of Melissa at HarperCollins.  (THANKS!)  For more information on this book as well as their full catalog of great titles, check out their website or follow along on Twitter!  Curious to find out more about "the Society"?  No worries, I have a few links for you as well.  Feel free to visit the author's website, follow along on Twitter (author or "the Society"), or check out the publisher's Secret Society feature.  This book's scheduled release date was yesterday (02/01/11) so be on the look out for it on a bookstore shelf near you.

Until next time...get initiated...and happy reading!

Great review and I found that phoebe/lindsay seemed to have the same voice.I had to reread to find out who it was. Yes I wanted more Egyptian too, but like the mystery involved. They remind me of the scoby gang. Gotta love that last line :0 )

Found it to be more a mystery on the family since its also the foundation.

A tinge of romance is ok with me. Many thanks for an indepth review. I think the cover of this book is interesting in that it somehow manages to be modern and yet old fashioned at the same time.

Fabulous review! I love books that connect you with the characters so immediately that you can't help but keep turning the pages. This one definitely sounds like it fits the bill. I actually have it on my shelf...need to read it from the sounds of it! Thanks for the excellent recommendation! :o)

Julie: Yes, the last line definitely was memorable. Very true on where the mystery lies as well...it's a combination of both since they are so entangled.

the1stdaughter: Thanks! When you do make it around to it, love to know what you think.... ^_^