Hello there!
Welcome to Satisfaction for Insatiable Readers. 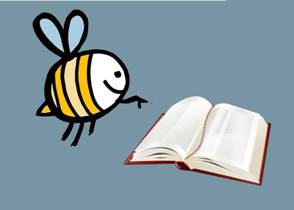 Today we are playing host to the great folks at TLC Book Tours and Harper Perennial with a look at a recently released title that is getting A LOT of buzz.  Believe me, you’ve probably heard of it, if not in depth definitely in passing.  The cover is evocative bringing to mind a dream sequence or daydream session in the grass on a sunny day; the synopsis throws shades of grey over that sunlit sky and replaces them with an air of mystery.  Ready to plunge into another reading adventure?  Sure hope so, because here we go.  Today’s book of choice and blog tour guest is…. 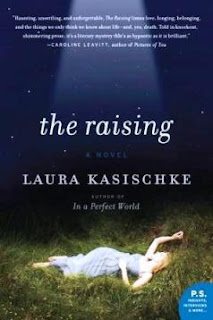 The Raising
by
Laura Kasischke

One night a young girl with a promising future’s life came to an abrupt and horrible ending.  A car crash took the life of Nicole Werner delivering her to her spiritual home.  The event destroyed many a life in the process as death tends to and the repercussions are still being felt a year later.  For her friends and family, the wound has yet to heal.  For her former boyfriend Craig, it is doubtful it ever will.  He sees her in his dreams, hears her voice on the phone, all while trying to keep a tight grip on the life he has salvaged from the wreckage.  But what if all these “encounters” are truly something more?  After all, Craig doesn’t really remember the events that transpired that night, only the ending.  What if things didn’t quite go the way it was reported?  What if the truth is hiding just beyond reach…and what if it was more terrible than the fictions the world is being fed?

At first I wasn’t sure what to make of this one; I mean multiple point of view novels are in a class of their own.  Within the first few pages or chapters you have to uncover just who everyone is, why their point of few differs, and create a character “image” in your minds eye before you can continue reading…or at least that’s what my brain requires.

In this story, we are dealing with FOUR distinct viewpoints that all connect in one way or another.  Shall we explore a bit?  We start with…

Craig, the accused killer of his “oh-so-perfect” girlfriend (Nicole Werner) after a supposed night of the three D’s…drinking, drugs, and driving.  While bad choices in and of themselves (and especially together), they don’t quite add up to the ending we’re shown, especially when we take into consideration….

Perry, Craig’s supposed “best friend”, academic achiever and forever Boy Scout, he’s prepared for anything and everything, or so he thought.  After all, who would suspect a goody two shoes of this nature to have any secrets…let alone one that reveals he’s seeing the ghost of Nicole around campus.  To investigate this phenomenon, he enlists the help of…

Mila, a professor at the prestigious Godwin Honors Hall campus, and source of knowledge on the death rituals of so many civilizations throughout the world, you could have nightmares for a week easily.  In fact, there is one tribe that believes the dead walk amongst us unless they dig up their bones one month from their burial date, paint and display them in memory.  Interesting concept and perhaps one they should have considered in Nicole’s case, especially since…

Shelly, another faculty member, but perhaps more importantly in this case, the only witness of the accident that occurred that faithful night, saw everything…and a “pool of blood” surrounding her “lifeless body” was DEFINITELY not one of them.  She’s more than ready to share what happened and correct the misinformation spreading rampantly, the problem?  No one wants to hear it.  NO ONE.  Just what they all have left when viewed individually or at least it will be if someone has their way….

Okay so there is quite a bit of use of the word “supposed” up there and a lot of quotation marks, but really this book is all about figuring out the puzzling clues presented so there is a lot that you take on faith and much to be presumed until things finally fall into place.  Sounds good, right?  Umm… 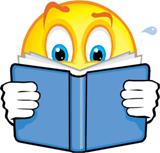 I wouldn’t say that I didn’t enjoy it at all, it just wasn’t quite what I thought it might be once it got down to the meat and bones of it and the journey to get to that moment of “Aha!” was so very long.  It didn’t happen until page 363 for me…seriously!  It was so momentous that I wrote it down.  (No lie.  If you looked in my little notebook, you’d see the notation…)  The issue?  The book is a whopping 461 pages without the reading guide, interview and extras at the end.  I’m not one that shies away from a lengthy book, but when I’m struggling to stay in the story THAT long, it’s not a pretty picture.

While the characters were well written allowing you to glimpse them at their best and worst, I couldn’t truly connect to them.  Craig was so far into his despair hidden vaguely below his fake smile that you almost got drug down with him.  Perry was so straight laced and yet so ready to believe what his eyes were seeing while ignoring logic; seemed a contradiction.  Mila for all her intellect can’t see her way out of the brewing conflict at home.  Shelly goes against her better judgment creating a particularly sticky situation she saw coming (and she still does it) and is unable to see the forces at work around her ever since the accident.  For me it was like a game of CLUE but with the clueless; although I have to say Mr. Dietz, the mortician back in Bad Axe (yep, that’s the town’s name….can you imagine?), was an interesting albeit short lived character (well, his appearance is short, not his actual life), and he may just have something there regarding “future armies” even if it is WAY creepy.

In summary, a story that asks readers to look into the face of death and consider the possibility of “what if”.  What if this life isn’t all that there is?  What if death is not the final step?  What if the spirit goes on in more ways than one?  What if the truth is so much harder to come to grips with than we would ever imagine?  What if indeed…

Recommended read for older teens and adults.  Though it wasn’t quite my cup of tea, the rabid following it has developed in such a short amount of time certainly speaks to its ability to impress given the right audience.  A quick WARNING on the content for any younger readers considering this for their reading list, there is considerable language at times and multiple instances of drug use and sexual content; in a nutshell, it doesn’t shy away from the hardness of life and it’s certainly not modest.

Review copy courtesy of TLC Book Tours and Harper Perennial.  (THANKS!)  For more information on book tours scheduled this week, news on upcoming events, or even to sign up to potentially be a host yourself, check out the TLC Book Tour site, Facebook page, or follow along on Twitter!  To see what’s next from the publisher, be sure to check out their blog, The Olive Reader, visit their site, or well you know…but in case you don’t….follow along on Twitter.  This book released officially to the reading world March 15th, 2011, so be on the lookout for it in a bookstore near you.

I have been hearing so many positive things about The Raising. It's good to read a slightly different viewpoint. While the premise still intrigues me, I am not sure I would enjoy a book where the "Aha!" moment happens on Pg 363. I don't think I could have that much patience.

I guess you really can't tell a book by its cover - I was thinking it was an alien abduction story :)

I'm sorry this one wasn't exactly the best book for you but I think you're right that there are a ton of people who would enjoy it. Hopefully your next read will be a bit more to your tastes.

I remember you posting your progress on Goodreads and your reactions. It was a tough one to review but you did it well. It's a unique book and one that I couldn't safely say i LOVED or HATED. It was just...well, it was something.

Misha: Glad I could be of service. ^_^ Much like you, I enjoy the "other" viewpoints as well...sometimes peaks my interest even more.

Tribute Books: Thanks! Wow..see....it just goes to show you how one cover can say so many things to so many people.

heathertlc: Thanks! I don't regret trying it....just mark it off as another adventure. ^_^

Michelle: You do? Didn't think they were that memorable...LOL. Definitely agree with your analysis....

Thanks for your honest take.