Hickey of the Beast by Isabel Kunkle

Why hello there!
Welcome back to Satisfaction for Insatiable Readers.
Thank you for making my site a stop in your busy day. 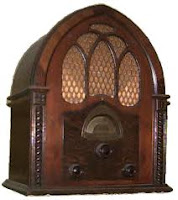 Today we have a rather unique title to feature in both story and release method.  Curious?  You should be.  It's a great story from start to finish BUT in order to reach that "finish" you're going to have to be a bit patient.  You see, this intriguing title from the great folks at Candlemark & Gleam﻿ is being released as a WEB SERIAL.  What's that you ask?  Well, it hearkens back to days of old in a format similar to those radios shows where you had to "tune in next week for the thrilling conclusion" of whatever you were listening to....but this one is in written format, or rather typed font.

It's almost like having to wait for the next installment of your favorite book to be released....chapter by chapter.  Yep.  Chapter by chapter.  I know what you're thinking, the anticipation would kill you, right?  I bet you'd be surprised actually.  Though it's certain to take "longer" to complete, you get to enjoy each piece of the puzzle as it arrives and process what had happened versus what you think may happen next....sounds like a great way to slow down and really enjoy the book if you ask me.  Anywho, enough on the delivery process, you can learn all about that by clicking here.  Let's dive into that review now, shall we?  Today's book of choice is... 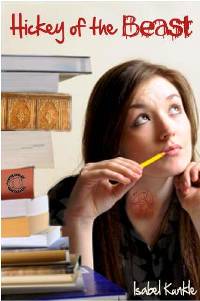 Hickey of the Beast
by
Isabel Kunkle

Consuela Perez, Connie for short, is about to embark on a grand adventure.  She's standing at the precipice of what could be the start of a brand new life or a fall into the pits of utter despair for TONIGHT is the night before....her first day of ninth grade.  O_O  Ahhhhhhhh!  (Oh, sorry....I shall refrain from extended dramatics...mostly...hehe.)﻿  A time filled with excitement and those first steps into teen-dom for certain, but for Connie and the crew at Springden Academy, it's not as awkward as it could be.  You see, Connie's Mom is the "head of the school" so she's been a "school brat" for most of her life.  She knows the kids she'll be with for better or worse from her years growing up on the school grounds and that takes a bit of the edge off....until the dream.

Now it's normal to have nightmares before big, stressful events but Connie's is a bit out there even for that.  In her dream, she and her younger brother Julio are walking into their "forbidden" living room (forbidden because of the decor and heirlooms adorning it) when all of a sudden he takes out a baseball and smashes an antique vase...or rather attempts to as all that happens is a crack appears through which bugs begin to spill out at a rapid pace.  ~creeepppyyy~ Chalking it up to day one jitters, she thinks nothing more of it...until a few nights pass and BOOM, another dream...but this time around, things are much different and much more dire for the one in the starring role.

When events in real life begin to mirror things Connie is seeing in her dreams, she can't help but wonder what in the world is going on...and if she could be responsible for them.  As things begin to take a sinister edge, with the help of her friends, she sets out to unravel this peculiar mystery; what she discovers is well beyond anything she could have imagined.  Will she be able to stop the coming events before it's too late?  Or will Springden Academy fall victim to the unseen foe reeking havoc this semester?  One things for certain, this is turning out to be an INTERESTING first year of high school.

First things first, the cover....though it made me curious about the book, I wasn't really a fan.  It almost gave it a hokey feel and I'm afraid it might be one of those that potential readers (that aren't brilliant enough like yourselves to read more about it) brush to the side based off that alone.  Trust me....you DON'T want to ignore this one.  Beneath the outer shell is a story that is well worth it's electronic pages.  The voices of the characters are so pure and vivid....so real.  It makes you feel like you are talking with your best friend,  not reading a story (though there is nothing wrong with that....books make AWESOME friends too).  The use of parenthesises is rampant as well, which just adds to the real quality of their speech/writing patterns (...and if you're like me and LOVE using them in your own writing...like now....hehe).

Now, I don't want to spoil it for you guys especially since it's being released bit by bit (or is that byte by byte), but I will make a few points that sprang up along my reading journey.  The book is written as a letter to Connie's friend Amanda, whom we never actually meet (which leads me to wonder if a sequel might be in order and perhaps it will be written by Amanda?  Something to ponder....).  Sounds disconcerting?  It's not actually.  It plays rather well with the story while the reason for the extended letter is explained by books end (had to laugh at the reason too, you'll see....).  For those that dislike pop culture references, sorry guys....there are a few in here but might I be so bold as to say that they only add to the fun instead of merely "dating" the story because to me, that's exactly what was accomplished.   The story itself has a supernatural aspect to it that was unique (in my reading at least) due to the twists added to the typical details we usually see in a novel like this (boarding school, students out to get one another, teachers you'd like to avoid, etc) and it definitely had the creepy part down pat yet it doesn't dwell on them so much that it creates that overkill effect.  The eventual "big reveal" that comes further down the line is certainly unexpected in its actual content but I love how the author ties it into some hidden histories which she shares with readers in lieu of us having to make a lot of assumptions.

In short, a novel idea for a novel that is well worth a few, nay weeks of your attention as you unravel the mysteries of Springden Academy one well written chapter at a time.  Now grant it, I was lucky enough to receive a completed eBook copy for review (hehe) but rest assured, you won't be disappointed as things begin to take shape bringing you closer and closer to that final explosive conclusion.  Recommended for young adult readers of the young-mid teen variety through adults.  There are a few choice words within the book but they aren't anything that one can't hear walking down the street in a GOOD neighborhood so they shouldn't give you too much pause.

This web serial began March 15th, but it's not too late to get in on the fun.  Just click here to find out more or here to check out the first two chapters FREE!  ARC eBook received courtesy of Kate at Candlemark & Gleam.  (THANKS!)  To find out more about this unique venture as well as their other published works, be sure to check out their site, Facebook page,  or follow along on Twitter.  Trust me, you won't be sorry.

I wouldn't have been interested in the book based on the cover. But the book sounds like an edge of the seat novel! Seems a bit scary too.

I'm right there with you on the cover. It wouldn't have gotten me into the book, just the opposite, but I'm glad I gave it a chance as well. And I also really liked the formatting, how it was written as a letter to a friend. Definitely added to the connection aspect of the story.

As for the story...I didn't end up loving it nearly as much as you did, but after reading your review it got me thinking...I wonder if I would have enjoyed it more as a serial novel, instead of reading it straight through as I did for review. I think I tried to read too much of it at once and this one, for me at least, was one I think does well when stretched out and savored. What do you think?

This is an epic title. I love it. I've never read a web series before, but it sounds like a fascinating idea.