Hi there readers!
Welcome back to Satisfaction for Insatiable Readers.
Surprised to see a "full post" on the weekend?
Ha!  I LIVE to surprise.
^_^

No seriously, there is just SO MUCH going on that a post was simply necessary.

First off, I'd like to wish everyone a very HAPPY EASTER.  Here's hoping you are celebrating with friends and family...and if not, at least getting in some "me" time when you can.

My second reason for this bookish interruption is a special blog tour visiting us today courtesy of Erin at Meryl L. Moss Media Relations, Inc starring a title that saw its book birthday during the final days of last month.  It's a book with a striking cover, interesting title choice, and a rather surprising "journey" within.  Let's jump right in, shall we?  Today's book of choice and blog tour guest is... 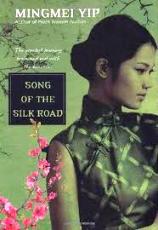 Song of the Silk Road
by
Mingmei Yip

**WARNING:  This title is not for younger readers despite the Fiction moniker.  You have been warned.**

Lily Lin is a contemporary girl with a flair for the dramatic and a heart longing for completion.  A struggling writer facing the "block" dreaded by all in her chosen field, waiting tables, and playing mistress to her married professor...it's certainly not the life she dreamed of once upon a time, but reality is often that....VERY REAL.  One day when going through the usual junk mail, she is given pause by a rather strange letter.  A letter that promises that she will receive a small fortune from an aunt that she has never heard of if she completes a series of tasks.  Chucking it like the junk mail it appeared to be, she chalked it up to another shame avoided....until the phone call from the lawyer's office extending the same offer.  Could this be for real?  It certainly seems to hold some weight in truth....but why her and what of these tasks she's being asked to complete?  Stranger things can happen but with this much money on the line, how can she say no?  One things for certain, this is one journey she's not soon to forget.

Alrighty so...if you followed my progress on this one via GoodReads, you probably have a small inkling of my thoughts on this book...but for those who didn't, prepare to be surprised.  First off, the cover art.  Can I just say that although the set up is simple, it's rather stunning.  The shade of green used to color the overall picture and then the stunning pink/red of the flowers provide a wonderfully eye catching contract.  Combine all of this with the interesting title and I'm certain that readers attentions will be snagged while perusing the shelves in no time flat.  Moving within the cover, we find a journey indeed but the extent of which it was explored was both shocking and a tinge disappointing.  Allow me to explain.

I loved the main characters inner monologue and narration of the scenes.  She had an interesting way of viewing the world, both poetic and tragic at the same time.  However, her verbal interactions with other characters, their actual conversations felt stunted....almost child-like in both responses given and taken.  The most apparent times this was seen was in scenes with Alex Luce her "desert love".  Grant it he's younger than she and love (or lust) can make people act differently, but their interactions (verbally at least) didn't seem to flow naturally. 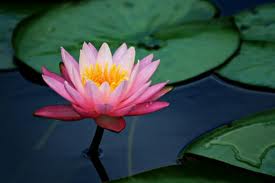 The descriptions of both time and place were detailed and precise, almost placing you beside Ms. Lin on her journey without missing a step along the way.  The view provided to readers of what lies in her path is astounding...for both better and worse.  The author's way with words seems to know no bounds when describing the multitude of Ms. Lin's sexual encounters.  Never in my life have I read a book in which this act was described (or performed for that matter) in so many ways.  In truth, it was poetic mixing heaven and earth, feeling and fate, BUT for my reading preferences...it was a bit much.  I mean Ms. Lin literally falls into bed with almost every man she meets.  It was a virtual ping pong event to watch and discover just who would be next.  Most disturbing amongst them was not her married professor nor her youthful lover, but Floating Cloud...who was a monk.  (I'll give you a second for the shock to wear off.  Better now?  Keep reading.)  Rest assured that this startling sequence of events is laid to rest (no pun intended) later on in the text but until then... O_O  Continuing on with the characters....

I get the fact that the relationships are a part of her journey as well, shocking though some might seem, but the intensity with which they build was hard to believe.  Case in point....Alex Luce.  Her passionate love affair with him was heated, yes...and one could see he loved her dearly, but the suddenness of his affection and strength of his conviction in his feelings was so great for such a short "courtship".  I mean, it's almost love at first sight which I suppose would work if Ms. Lin had seemed more interested and the connection was returned, but I don't know.  He just seemed so self-assured about the whole situation without any promise or prompting.  Maybe it was just me in this case....anywho....

The fact that this was to be a journey of discovery was what drew me to this book and yet the only true discovery comes at the book's end with a completely side-swiping turn of events.  Really...there is NO way to see this one coming (which certainly speaks to the author's talent for crafting a story); gotta love the unexpected turns that WORK.  Moving forward....I suppose she learned a bit about her heart and the workings of the universe along the way, but it doesn't really seem apparent til the final pages and those reactions could have been merely formed from her trips final days in lieu of the events that transpired over the past several months.

All in all, I'd say the journey (when she was on it and not in yet another bed) was breath taking in the visual wonders and history beheld yet often times disturbing (if ever a book made you question a visit to the lowly and poverty stricken outskirts of a country...this would do it...), striking a balance between the yin and the yang.  Though saturated with a few too many scenes of passion, it seems that the message the author aimed to deliver still comes through.  For me, it was this...the universe moves in mysterious ways but never without purpose of intent.  The path we travel is often veiled.  The most we can do is strive to travel it with a generous heart, cautious spirit, and exercise our free will.

Recommended for adult readers seeking a look at the inner trials of a woman's heart with brief glimpses of the unexpected journey set before her.  This book was released the end of last month from Kensington Books and should be available on a bookstore shelf near you.  ARC for review courtesy of Erin at Meryl L. Moss Media Relations, Inc. (THANKS!)  For more information on their current promotions, feel free to check out their main site as well as BookTrib for great bookish connections with readers just like you as well as contest opportunities.  Speaking of contests....how's about a little giveaway?  Wish granted!

How to enter...
Fill out THIS FORM.

The rules...
*Open to US/Canada mailing addresses only! No P. O. Boxes please.
* Entries will be accepted from Sunday, April 24th, 2011 through Saturday, April 30th, 2011 at midnight CST. The entries will be tallied and entered into the random.org randomizer, after which a random number will be picked by their number generator. (This way all the entries are mixed up nicely.)
* All entries must be submitted using the form accessible through this post. You MUST include your email address in order to be counted as well as contacted should you be chosen as the winner!
* The winner will be announced and contacted via email Monday, May 2nd, 2011 and will have 48 hours to respond with their mailing address. Should they fail to respond in the given time frame, a new winner will be chosen. If you choose to include your full name and mailing address in your contest entry, no worries....the time frame issue is erased.
*Winner's name and address will be forwarded for prize send out only and then discarded. 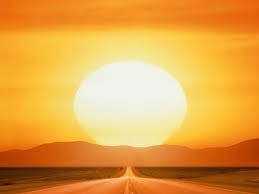 Well now readers, it looks like this is another bookish journey coming to an end.
Your comments are welcome and good luck to everyone that enters.
Until next time...happy reading!

Saw this book at the bookstore but never thought of picking it up. Might have to give it a try now. Thanks for the review!

Well a very Happy Easter to you!