Hi guys!
Welcome back to Satisfaction for Insatiable Readers…the place that aims to satisfy the reader in you…and You…and even yOu!

Quick reminder…there are TWO contests going on right now (and several more just around the corner!) for some AMAZING prizes; one of which happens to end January 31st!  So be sure to check out the right hand sidebar under ‘Current Contests’ before you leave for more details and get your entries in before it’s too late!  Now, on with today’s show…

We’re soaring back into the Young Adult genre today with a title that may sound unusual but is really AMAZINGLY AWESOME, CURIOUS , and ASTOUNDING!  Oh…did I mention I liked it?  Um, a lot?  ^_^  Personally, I think you will too, but I’m getting ahead of myself.  Allow me to introduce you to today’s book of choice… 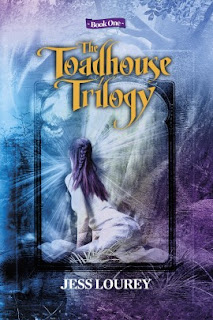 
Read for your life!
Aine believes herself to be a regular teenager in 1930s Alabama, but when a blue-eyed madman named Biblos attacks, she discovers that the reclusive woman raising her isn't really her grandmother, she's been living inside a book for the past five years, and fairies are real. With her blind brother Spenser, she flees the pages of the novel she's called home, one terrifying step ahead of Biblos and his black magic. Their only chance at survival lies in beating Biblos to the three objects that he desires more than life.

Yes, it’s the adventure of a lifetime…or rather SEVERAL lifetimes as they traipse through story after story on a quest they never expected and wonder if they’ll succeed in finishing.  Can you imagine finding out you’ve been living your life in a book and that the story you’ve been in isn’t even your own?  Mind boggling to say the least and living through it may not be desirous (or would it?  *daydreams*) but reading about it…OH SO MUCH FUN!

Aine (pronounced AW-NEE….thank you to the author for the clue in on that within the reading) is a great person and a wonderful sister…even if she struggles with both listening AND being heard sometimes (who doesn’t?).  She has the best interests of her family at heart and strives to keep things easy peasy for all, especially her brother Spenser…who happens to be blind but SO amazing; a great actualization of how a handicapped person is not really disabled…merely differently abled.  Anywho…Aine is also a well rounded girl who not only likes a swim in the river but thoroughly enjoys an afternoon curled up with a good book just like many of us (*high five*)…good thing too because her world is about to turn upside down and that bookish knowledge is gonna come in handy!  Moving forward… 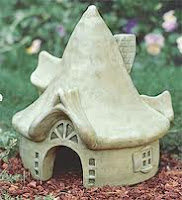 Spenser as previously mentioned is her younger brother and his visual limitations are out shined by his trusting soul, loving heart, easy going demeanor and other skills that will become more apparent as the story progresses (trust me…a clue would be his swimming abilities…that’s all I’ll say).  He doesn’t let anything stand in his way and his connection  with Aine definitely helps make him the kind and powerful spirit he is today. It’s great to see a set of siblings that get along well together…though the brief glimpse I caught of the next two books (yep, already scheduled for June 2013 and 2014! *marks calendar*) tells me things may not stay quite as peachy-keen as they currently appear.  *ahem*  Anywho, suffice it to say that both siblings play an important role in the story and that importance grows with every turn of the page.  Now, let’s talk other characters…

There are several to choose from and many I’d like to indulge but I’ll only skim the surface so as not to spoil YOUR exploration of the book, deal?  So, there’s Glori the children’s grandmother who really isn’t…their grandmother that is.  Yep…who she is, well that’s her secret to reveal but it will definitely surprise both you and the children and that’s only the tip of the iceberg in the reveal department.  Next we have Gilgamesh who is a hard to figure out fellow whose definitely harboring his share of secrets, though at times he lets them slip in a Hagrid-ish manner (..hehe, couldn’t resist the reference…the book had me crossing ideas in my head left and right with all the storylines! ^_^), and I think could end up having a BIGGER role in the story than we’re led to believe thus far…can’t wait to see what’s in store for him.  Now, let’s skip to the bad guy…Biblos.

Yep…sorta like Bilbo but more likely a shortened version of bibliophile because in reality, well their reality at least, that’s only his nickname…his real name is The Bookworm.  *-*  Yeah, this is probably the only book where I’ve seen that used as a BAD thing so at least while you are in the children’s presence, I’d refrain from owning that title.  He’s set on destroying the children or at least using them for his nefarious plans, the why and what of which are somewhat revealed prior to book’s end.  You’ll see why he’s upset but at the same time, the drastic measures he’s taken and the stories he has and continues to destroy make him simply deplorable…he’s hoping the kids can defeat him.  *fingers crossed*

Story wise, once again I have to resort to the word AMAZING to describe it.  I had a good feeling about the book going into the read but once I was engulfed in their world, I was caught hook, line and sinker.  I love the imagination used to bring the children and their stories to life.  I enjoyed the means of travel employed and finding out how it all actually worked without things getting too technical and the fact that it all revolves around stories and books well that’s just up this bookw…I mean reader’s alley.  ^_^  All in all, a read I would definitely recommend to teens through adults; the story is adventure filled too keep both boys and girls interested and the future reading suggestions embedded within the story help open up new worlds of bookish fun for all.  A job well done if I do say so myself…and I do.

Special thanks to author Jess Loury for the signed review copy (…yep, SIGNED!).  (THANKS!)  For more information on this trilogy as well as the author behind the work, be sure to stop by her official site or like her on Facebook.  Oh…and for those of you that also like to take a dip in the Mystery genre, be sure to check out her Murder by Month series also viewable on her site.

Another one for the wishlist. This sounds like a great read and has one of the prettiest covers I've seen in a while.