No two are ever the same...

Well hi there everyone; fancy seeing you here on a day like today.  The sun is shining, the birds are singing….it looks like the world is getting ready for spring.  *glances out….non-existent window* Oh wait…I forgot, job one doesn’t actually HAVE any windows to the outside world….guess it’s good I have an active imagination then!  ^_^

Before we get started on today’s post of bookishness, a quick reminder that there are TWO contests currently running on the site.  One gives you a chance to win a fab YA novel you have to read to believe….and the other has a SET (that’s right...SIX BOOKS) up for grabs that make up a YA Scifi series that sounds pretty interesting (book one is on my TBR shelf) so before you miss out on either potential read of greatness, check out the right hand side bar under “Current Contests” for more details.  Now, back to the books….or rather a different book…. 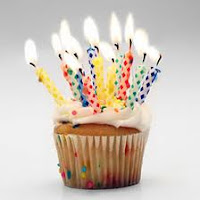 If you stopped by yesterday, than you know of one book birthday that occurred this week….today is celebration number two.  It’s a curious read I’ll give you that and one that I battled with off and on…the end result?  Surprising indeed.  Ready to read all about it?  Grab your sweater, hoodie, heck even your warmest parka….you’re gonna need it where we’re going.  Today’s book of choice is…. 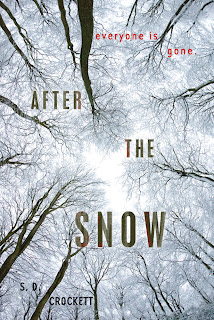 After the Snow
By
S.D. Crockett

The oceans stopped working before Willo was born, so the world of ice and snow is all he's ever known. He lives with his family deep in the wilderness, far from the government's controlling grasp. Willo's survival skills are put to the test when he arrives home one day to find his family gone. It could be the government; it could be scavengers--all Willo knows is he has to find refuge and his family. It is a journey that will take him into the city he's always avoided, with a girl who needs his help more than he knows.

Okay, so just prior to writing this, I went virtually traipsing over to the publisher’s site to gather the synopsis seen above and happened upon a little question answer session with the author (quite revealing, especially when it comes to where the idea for the story came from…) as well as a review or two.  As a habit, I avoid looking (fully at least) at reviews of books that I’M about to read/review so as to go into the work with a clear mind.  No worries, the reviews didn’t taint my share here but it did show me a similarity between our experiences even with the briefest of glances (promise…I did not click “more”, just saw the first couple of lines).  That instance of sameness?  The narrator’s voice…or rather the hard time we had with it.

Willo is a young lad with a lack of formal schooling due to the times he finds himself born into and from that as well as perhaps his surroundings (he lives in the mountains, far from many other families and cultural experiences), the language he uses and his manner of speaking is rather hard to step into.  Really…I was at the point several times where I was on the verge of abandoning the book (for a little while, I’ve never really written off any book I’ve started) simply because of the excessive drag his dialogue (with himself) was creating.  It’s thick like molasses and twice as hard to traverse….in short, not one to select as your next “read aloud” book unless you REALLY like a challenge.  HOWEVER, I did persevere and though I was ready to completely wash my hands of this experience….in the end, I found myself unwilling.  It wasn’t a complete 180 but it was enough of a turn to realize that although the character before me was a trial in some ways, his story as well as the stories of those surrounding him, were meant to be heard.

In general, it tackles a time when (from my perspective) the world has been used and abused by mankind causing Mother Nature to fight back in an effort to purge our destruction from her mass.  The skies cloud over, rivers no longer run nor the seas, and the forecast is for a seemingly unending barrage of snow (ever marvel at how beautiful and pristine the world looks when blanketed with the frozen white stuff?).  Those in the cities have their hands full despite access to the basic “necessities” of life (the quotation marks there will explain themselves momentarily) with the heavy hand of the government upon them and an oppressive aura that seems to feel every nook and cranny with its darkness.  Those outside the city aren’t in for a walk in the park either as the hand of the law is long reaching….but there are those living further beyond that reach that while not making mansions out of mole hills are surviving and quite well. 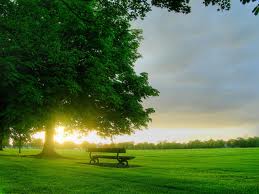 You see, though the story is filled with a quest, a secret mission, and a lot of cat and mouse; the real story underneath it all is about that survival and just what it means to each of us.  Is it the mansions, the furs, the formal meals and the like that keep us happy?  Or perhaps is it something more basic like family, friends, a roof over our heads, a meal shared, and the chance to put our creativity to use, to work with our own hands?  Something to think about, especially in this “everything-must-be-plugged-in” sorta world we live in and are heading further and further into.  I mean, I love my PC, smartphone, MP3 player and such as much as the rest….but….there are times when unplugging (as I call it) is so very therapeutic and provides that much needed rest from the busy world outside.  When was the last time you went for a walk….just a walk…without the music player in hand/pocket?  Can you remember ever having a day or even a few hours to yourself and choosing to grab a paper copy of your favorite book to read outside in the sunshine under a nice shady tree?  Even the not so obvious choice of making a meal instead of driving through the closest fast food joint, allow us to get back in touch with our more basic selves. 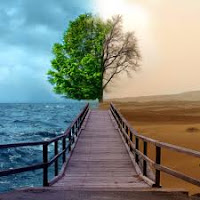 All in all, the story is as unique as the snowflakes that aid in the titles creation…one of a kind…not always appealing, but a work of art nonetheless.  A much deeper read than I thought it would be with an ending that will both surprise and come as no surprise as the pieces finally come together.  Due to the harshness of the world created, readers would do well to note that there is violence and foul language in the novel…but not to excess.  Remember, it’s a story of survival…so the descriptions can (and probably will) get too much for some younger readers; recommended for those in their mid-teens through adults as it is just as much at home in the older realm….I wouldn’t be surprised to even find that it’s audience (though aimed at 12 & up) turns out to BE mostly adults, and that’s not necessarily a bad thing either especially with the message it conveys.

ARC for review courtesy of Ksenia at MacMillan Children’s Publishing Group.  (THANKS!)  For more information on this book as well as their complete catalog, feel free to visit them online, like them on Facebook, or follow along on Twitter.  To discover more about the author, be sure to visit her official site….and if you happen to be addicted to book trailers, or simply looking for a new one to spark your curiosity, check out the one for this title right HERE.  This book was released this week from Feiwel & Friends, an imprint of MacMillan, and is available now at a bookstore near you.

Stop by my blog for a giveaway of THE DEMOCRAT by Olly Wyatt.

This does sound like a wonderful read. :) Thank you for the review!

Sounds good and I love the cover.

This sounds like the message is one we could all benefit from, but I'm not sure I could slog through the first half of the book to get through it all. So a mixed bag. Maybe I'll just be satisfied to read your review, because it was excellent! Fantastic job!

Elizabeth: Will check it out, thanks!

the1stdaughter: For certain it is...the slough is not for everyone though. ^_^