BOOK SPOTLIGHT: The Change Up by Elley Arden + GIVEAWAY!

Greetings readers!
Welcome back to the site that aims to please the bookish side of you.

Today, we're playing host to a blog tour promotion spotlighting a new release title that is perfect for Contemporary Romance fans and the kick off of a series that sounds like it has potential.  Ready or not, let's jump into today's post feet first!

Readers looking for something a little different will love The Change Up by Elley Arden, a twist on the traditional billionaire romance. 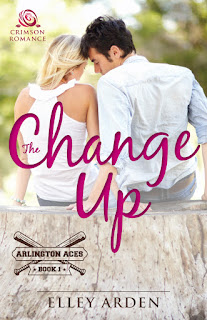 Synopsis:
Commercial real estate mogul Rachel Reed is the one person her father can depend on, so when he walks into her Philadelphia office two weeks shy of her fortieth birthday to drop a personal and professional bomb, she rises to the occasion. She will help get his independent professional baseball team up and running before the inaugural season, and then … she will sell the team to recoup his substantial investment. It’s a tall order, but Rachel knows one thing for sure: a sexy nuisance from her past and a few acres of trees won’t stand in her way.
Former minor-leaguer-turned-landscaper Sam Sutter is surprised to find his brother’s ex in the woods behind the house he bought when he cashed out his signing bonus and said so long to baseball. He’s even more surprised to learn “his” trees are on her chopping block. There’s no way he’ll desecrate his nature-loving mother’s memory by letting that happen. But butting heads with the beautiful business woman is a tricky task that leads Sam to accept a position as head groundskeeper at her father’s stadium. Working under Rachel’s watchful, smoldering eyes might be Sam’s undoing.
She doesn’t know a thing about baseball. He swore off the sport ten years ago. But strange things happen when field dust gets in your veins.

He didn’t trust her, and that was even before she tilted her head and regarded him through narrowed eyes. “You of all people must be excited about my father bringing professional baseball to Arlington.”
Here we go. Sam shrugged. “I don’t really follow baseball these days.”
“That’s a shame. Sam used to play for the …” she looked from Wes back to Sam, “The Cubs, right?”
Sam nodded once and added, “Never made it out of the minors.” Why sugarcoat it? Chasing “the bigs” in a rusty bus, believing he was the next big thing, caused him to miss out on a lot of things. He was still trying to make up for some of that.
Again he thought of his mother, and this time the guilt was almost too much to swallow.
“What are you doing now?” Rachel asked, surprising him, not because he expected her to keep tabs on his career, but because she’d never been the kind to care much about other people—at least that had been his experience when she’d labeled him “whiny little Sammy” who was always trying to come between her and Luke.
“I’m working for my dad,” he said with little genuine interest in keeping this conversation going.
“Just like me.”
Except he wasn’t like her, and he couldn’t leave that assumption hanging between them. “We’re nothing alike, Rachel. For starters, I would never even think about cutting down these trees. That would be a really shitty thing to do.”
She shrugged. “What can I say, Sammy? Progress can be painful, but in the end, it’s the best thing for everyone.”
“Because the best thing for you is the best thing for everyone?” He scoffed. She hadn’t changed one bit in twenty years. “Try telling that to the birds.” Sam looked at the wide-eyed man taking this all in beside her, and nodded curtly. “Nice to meet you.”
But that was a lie. It would only be nice if the guy drove back to Pittsburgh without touching a single tree. If one trunk fell … Sam hated to even think about it. Thank God his nature-loving mother wasn’t alive to see this.
He wandered off with Babe beside him and the warbler overhead, craving the usual Sunday peace and quiet, but he kept hearing phantom chainsaws and wood chippers. How much parking did the Reeds need? Surely they wouldn’t cut down all of this. He reached out and let almond-shaped leaves tickle his palm. But what if they did? What if he had to say goodbye to Sunday walks and evening fireside chats with his dad? And what if he had to look out his kitchen window and see a baseball stadium every damn day. He stopped. Babe stopped, too.
That was not going to happen. 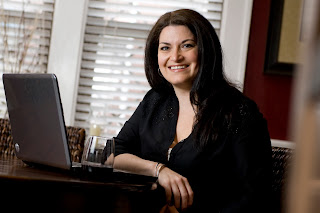 Elley Arden is a born and bred Pennsylvanian who has lived as far west as Utah and as far north as Wisconsin. She drinks wine like it’s water (a slight exaggeration), prefers a night at the ballpark to a night on the town, and believes almond English toffee is the key to happiness.

Elley has been reading romance novels since she was a sixteen-year-old babysitter, sneaking Judith McNaught and Danielle Steele novels off the bookshelves of the women who employed her. To say she’d been sheltered up to that point is an understatement. No one had ever told her women could live bold, love freely, and have sex lives that were exciting and fulfilling. (They don’t teach these things in Catholic school!) Now that she knows, she’s happy to spread the word. The women she writes about may be fictional, but the success, respect, and love they find on the page is a universal right for women everywhere.
Elley writes books with charming characters, emotional stories, and sexy romance. Visit The Bookshelf for a detailed listing.


Follow the tour and enter to #win a grand prize $10.00 gift card to Amazon or runner-up prizes including one of 5 ebooks by Sara Daniel.
Enter at: https://www.rafflecopter.com/rafl/display/b050ef29228/?

May 16th
3 Partners in Shopping Nana, Mommy, &, Sissy, Too!
It's All About the Romance
JB's Book Obsession
Kitty's Book Spot!
My Midnight Fantasies
Mignon Mykel : Reviews

Special thanks to the Barclay Publicity team for the chance to bring this promotion to you. (THANKS!)  For more information on this title, the tour, or those promotions forthcoming, feel free to click through the links provided above.  This title is available now, so be on the lookout for it on a bookstore shelf or virtual retailer of your choosing.