I did it!  I read a title off schedule, BEFORE the pub date, and am now bringing it to you. Hey, it may not sound like much, but when youtur review calendar is stacked out, that's like scoring an extra boat on the Titanic. That being said, let's roll out the red carpet, or rather beach chairs and umbrellas, as we spirit you away to a title being toted as the first official read of the summer... About the book...
Some people stay all summer long on the idyllic island of Belle Isle, North Carolina. Others come only for the weekends-and the mix between the regulars and “the weekenders” can sometimes make the sparks fly. Riley Griggs has a season of good times with friends and family ahead of her on Belle Isle when things take an unexpected turn. While waiting for her husband to arrive on the ferry one Friday afternoon, Riley is confronted by a process server who thrusts papers into her hand. And her husband is nowhere to be found.


So she turns to her island friends for help and support, but it turns out that each of them has their own secrets, and the clock is ticking as the mystery deepens...in a murderous way. Cocktail parties aside, Riley must find a way to investigate the secrets of Belle Island, the husband she might not really know, and the summer that could change everything.


The first book of summer they say...but, I beg to differ.
Historically speaking, yes....this author's works are known for evoking summer feels, smells, locations, and relaxations.  I remember my time in Beach Town and Hissy Fit was a riot.  This time around...I found there were too many dots to connect as opposed to polka dot dresses and swimwear.  Let's dig a little deeper...

We've Riley and Wendell, a pair that never should have been yet were, making the most of their decade plus marriage until...one day they weren't.  It was gradual (to a point) but planned and schemed nonetheless, and the end results left Riley and her daughter Maggy without a home, father/husband, or safety net to land in.  Sounds like a loving man, right?  Hmm, yeah...not so much.  The girls have extended family, but even they felt the sting of Wendall's betrayal in ways they never saw coming.  Push comes to shove and the man of the hour is....found dead.  Murdered they say.  With all the bad deals he had going and bad blood he kept bubbling, it came as less of a shock than it should have been.  Riley and he were about to announce to their daughter that they were getting a divorce...now she's a widow instead.  BUT, the question of the hour, nay SUMMER is...WHO killed Wendell and WHY?  The plot thickens...


...and that my friends is precisely what I had an issue with.  It's not the story wasn't good, the plot  enticing, or the characters endearing/entertaining/infuriating in equal measures.  The characters, in fact, are what kept me coming back for more. It took me a while to get to know Riley, but once she finally stood up for herself, she was my girl!  Maggy was the typical teenager...moody and angsty, but with an extra chip on her shoulder due to health issues and the current state of her family.  Bebo was a hoot, but a darker side lurked beneath all that snazzy banter.  Riley's mother was not on my list of favorites but part of that stemmed from not wanting to admit she or her beloved deceased husband could have been wrong.  When the chips really fell, she was there with bells on.  Parrish and Roo were probably my favorites of the group from start to finish, the former having plenty of page time to show her sassy, savvy, and sweet self, while the latter was heard from less than a mouse, yet still made an impression (*giggles* ...inside joke).  Now, what was I saying?  Oh yeah... 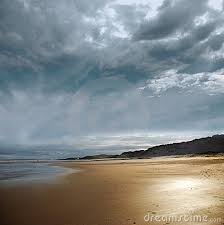 It was simply a matter of not what I was expecting.  The cover alone brings to mind a weekend beach excursion with it's summery colors beckoning you to days filled with fun in the sun.  Never once did I guess that hiding behind that stack of bags would be such a treacherous nightmare for our leading lady and her family/friends.  Once things started rolling downhill, it seemed like a veritable sandstorm of bad luck and misfortune.  Does it end that way?  Yes and no.  There's a twist and a surprise that sneaks up on you, making the trip through the pages well worth your summer afternoon, but you have to hang in there for longer than the weekend visitors that frequent Belle Isle.  After all, good things come to those who wait...


Recommended read for MKA fans current and just starting out.  While not my favorite of the ones I've read thus far, it was still memorable with characters that stuck with me beyond the turn of the final page.


Special thanks to the Tandem Literary team for the ARC for review.  (Thanks!) For more information on this title, the author, the publisher, or those promotions on the horizon, feel free to click through the links provided above. This title hits bookstore shelves TOMORROW (05/17/16) via St. Martin's Press, an imprint of MacMillan Publishers, so be on the lookout for it in store or at a virtual retailer of your choosing.