No Rest for the Wicked by Dane Cobain

Today, we're striking novella gold with a quickie read from a new-to-me-author I do believe you're going to REALLY get into.  It's a Supernatural Thriller that begs readers to check their own proverbial closets because you never know when that skeleton is going to come back to haunt you...or worse!  Ready or not, let's jump into today's book of choice... 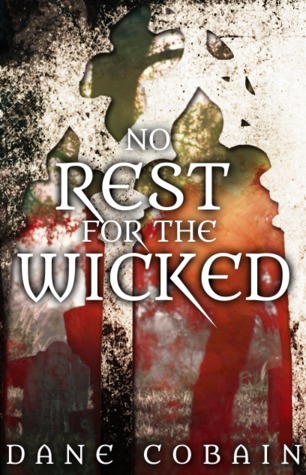 About the book...
When the Angels attack, there’s NO REST FOR THE WICKED.

Father Montgomery, an elderly priest with a secret past, begins to investigate after his parishioners come under attack, and with the help of Jones, a young businessman with an estranged child, Montgomery begins to track down the origin of the Angels.

When Jones himself is attacked, Father Montgomery knows he has to act fast. He speaks to the Angels and organises a final showdown where he’s asked to make the ultimate sacrifice.

The story itself is curious and twisted.  We have Angels that aren't quite as angelic as we've come to believe, people with hidden pasts that you would never suspect anything off-color of disappearing in VERY unusual (and painful!) ways, and the end of the world being a much more ACTUAL TIME than some distant perchance happening.  Yeah...like I said, TWISTED, but in an entirely GOOD way.  Well, not good like good, but good like interesting.  Follow me?  GOOD!  (^-^)  Have you really ever given consideration what the "end times" would be like?  Probably not outside of your Sunday sermons, but this one brings it front and center.  Some say the next time around, the world ends by fire...not my chosen way to go (I'm thinking in my sleep with no foreknowledge of it going to happen nor pain in the process of), but it might be preferable to what these so called Angels are bringing.  I'm telling you, they're asking, nay demanding a soul to justify its life...CREEPY...and how are you really suppose to answer that?  IS there a correct answer because their word seemed to be pretty final here.  *gulp*  At least until they meet someone that just might have them figured out... 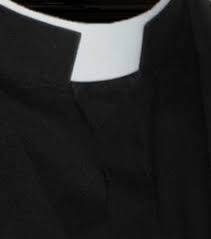 Father Montgomery is an interesting man of the cloth.  What's that?  Ah, yes...he IS a priest in fact and being so makes him a man of God.  They are able to act as an instrument of Him here on earth, pardoning sins, bringing others into the flock, and spreading his Word.  They are without fault...or are they?  Everyone has a past...even a Father...some are just worse than others.  His indiscretions?  Sorry, can't be the one to reveal them; you'll have to read the story to gain insight into this noble man.  The truth of the matter is though that his past and the path he took following those events are what lead him to be where he is right now and despite it seeming like the utterly WRONG place, it's exactly where he needs to be...for his own sake and that of the world.

I admit, I was kept pretty much on the edge of my seat throughout the 128 epages...and that's harder to accomplish with me when reading an ebook.  I know, I know...you don't want to hear it, but you know what I'm getting at... ME + EBOOK = NOT-AS-HAPPY-AS-WITH-PAPER.  There, that's all I'll say on the matter.  Getting back to my point, the author manages to pull some theological threads into his story without stepping on any religious toes.  There's enough to draw the curious reader of a faith based background but not so much that it crosses over into a Christian Fiction title.  No, decidedly not a Christian Fiction title.  I found myself constantly curious about the connections between what was happening in the community we were based in as opposed to the little tidbits and news blips from abroad.  Were they connected?  How and WHY?  Did it have anything to do with the experiment?  Were scientists trying too hard to play God?  So many questions and so few answers, but just enough of the former are sated to make this a MUST READ for your afternoon reading adventure.

Dane Cobain is a writer and poet from a place you've probably never heard of, somewhere in England. His debut novella, a supernatural thriller called 'No Rest for the Wicked', was released by Booktrope's Forsaken imprint in the summer of 2015. When he's not writing books, he's reading and reviewing them on his book blog, SocialBookshelves.com

Special thanks to author Dane Cobain for the ebook for review.  (THANKS!)  For more information on this title, the author, his other works, or the publisher, feel free to click through the links provided above.  This title just celebrated its BOOK BIRTHDAY May 22, 2016, so be on the lookout for it on a bookstore shelf or at your favorite online retailers.