Threat or Misunderstood?: People in Season by Simon Fay

Today, we're checking in on the late night side of things with a creepy psychological thriller.  It was originally published in Ireland (?!) under the title Wolf (very appropriate I might add), but makes its stateside self-published ebook debut ﻿with a new moniker.  Huh...much like the tendencies of the characters in the story when it suited them...coincidence?  I wonder.  Anywho, coincidence or not, it's not to jump into this curious read feet first and unconcerned with the danger of doing so.  Today's ebook of choice is... 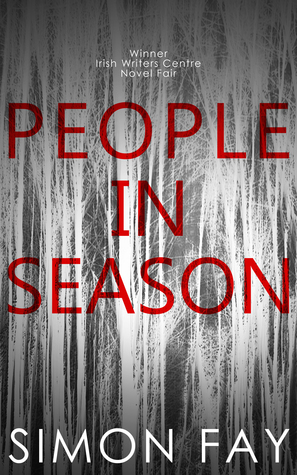 People in Season
by
Simon Fay

About the book...
The untouched – Psychopathic personality types banned from professions where they could do harm.

Agent Mullen is a man tasked with rooting out these dangerous social contaminants. Assigned to the newsroom of Dublin’s most popular media service, he has to be careful when he meets Ava O'Dwyer, a woman who's prepared to begin a game where seduction, deceit and murder are all fair play...

A curious read indeed.
The "untouched" are explained to something akin to the difference between psychopaths and sociopaths.  They get social cues and emotions, but only to the extent of their ability to mimic/mirror what they see. They are almost an empty shell otherwise, but picking them out of a crowd can be slightly more than tedious.

In the world as we're reading it, they've been banned from certain professions...our focal point being the media.  An unusual area to so diligently pick through as I would think indifference in that particular field wouldn't really matter all THAT much...they are there to report the news, not put a spin on it...but what do I know?  Here, it matters a lot or rather it does for the agent sent to riffle through the staff's minds and decide who gets the electronic brain scans and who doesn't.  Why does it matter to him?  Well, it's his job, but in this case...his intuition is also what gets him offed.  *dun dun dunnnnn*  That's right ladies and gents, a member of a government-type body is killed and we're left with dim and dimmer to solve the case.  Will they uncover the person behind the murder?  Will it be an "untouched" as they suspect or a regular old Jane or Joe?  Will they survive the investigation to make the revelations that need making or will they fall victim to a system already corrupt and unwittingly bury the truth?  Should I say "dun dun dunnnn" again?  It seems a bit repetitive to me...

Have I caught your attention?  Have I tickled your interest, put a bee in your bonnet, or any other catchy little phrase you can think of that would make this stick in your mind?  Good.  In truth, in its bones it was a good story.  Ava, Joanne, Alistair, the agents...everyone seems to have their ideas about who is who, and what their agendas are, but only one is playing a game where those lost along the way....matter not.  That's the hitch.  That's the lynch pin in the whole thing.  To me, it was obvious from the start, which made it awkward to follow the investigation that kept pointing me elsewhere with very little success.  Even the one they put directly in our paths didn't fool me for an instant.  It's not that I mind figuring it out on my own, but I like a little more to figure rather than being handed the culprit on a platter. 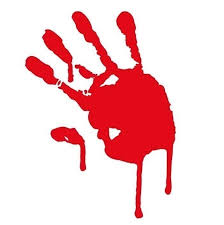 All in all, it was certainly an original and introduces some ideas/theories that will really make you think.  During the course of the story, there were a few parts where I became one with the "untouched" and zoned out a bit...sorry, but it got a little dissertation-like in an area or two...but it wasn't for long and I was brought back on track to uncover what twisted paths we would be exploring next.  Recommended read for adult readers for interest level and some darker content. 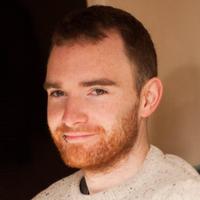 Simon Fay was born in Dublin. He is the author of numerous books and short stories including BULK, a demented tragic comedy of enormous proportions, and People in Season, a prize winning literary novel in his native Ireland.

Ebook for review received courtesy of author Simon Fay.  (THANKS!)  For more information on this title, the author, or his other works, feel free to click through the links provided above.  This title is available now, so click on over to Amazon and snag your copy today!