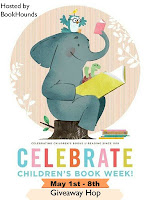 Well, we're marching towards the end of the Children's Book Week celebration (which if you haven't entered the GIVEAWAY HOP as of yet, you best get to it...it ends tomorrow at midnight!), but we've still MORE than enough material to go around.  That's the beauty of the bookish world...you're never in short supply of new things to discover, new adventures to embark on, and new "best friends" to make.

Speaking of literary best friends, I've made a new one recently that definitely stands out from the rest.  How?  Well, let's see.  She's a Princess for starters...and a HAMSTER.  Yes, a hamster, and before you go thinking tutus, crowns, and lording over kingdoms and dinner parties, take a step back because you might have to duck her sword.  Now, now, Princess...stay calm...the people just need to get to KNOW you first.  Without further ado, I bid you to grant a warm welcome to our guest, Princess Harriett, as we embark on not one adventure through the pages, but TWO thanks to the creative efforts of author Ursula Vernon!  Up first, its... 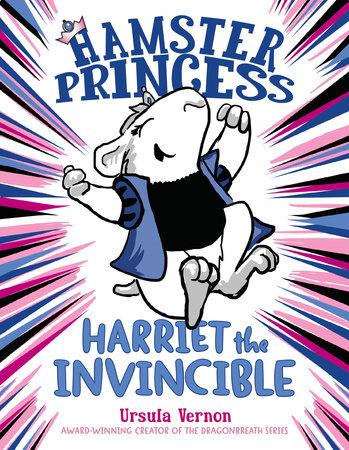 Sleeping Beauty gets a feisty, furry twist in this hilarious new comic series from the creator of DragonbreathHarriet Hamsterbone is not your typical princess. She may be quite stunning in the rodent realm (you’ll have to trust her on this one), but she is not so great at trailing around the palace looking ethereal or sighing a lot. She finds the royal life rather . . . dull. One day, though, Harriet’s parents tell her of the curse that a rat placed on her at birth, dooming her to prick her finger on a hamster wheel when she’s twelve and fall into a deep sleep. For Harriet, this is most wonderful news: It means she’s invincible until she’s twelve! After all, no good curse goes to waste. And so begins a grand life of adventure with her trusty riding quail, Mumfrey…until her twelfth birthday arrives and the curse manifests in a most unexpected way.

As it suggests, it's a furry, witty take on Sleeping Beauty like you've never seen before.  Where Aurora was meek and graceful, Harriet is out there and take charge.  Though Harriet is lucky (or not) to learn of the curse that's been placed on her from birth, she doesn't choose to hide from it...much to the chagrin of her noble parents.  Nope.  Instead, she figures out that in order for it to ACTUALLY work, she has to be ALIVE, thus granting her a few years of invincibility.  Pretty cool, right?  Oh it gets BETTER if you can believe it!  If you can't, well then you probably haven't read this author's work before; it's okay...we all have to start somewhere, and this NEW SERIES is a great place for that to happen.  Now that we've met the princess, it's time to scope out her second adventure (which obviously means she survived the first, but I shan't tell you how!)... 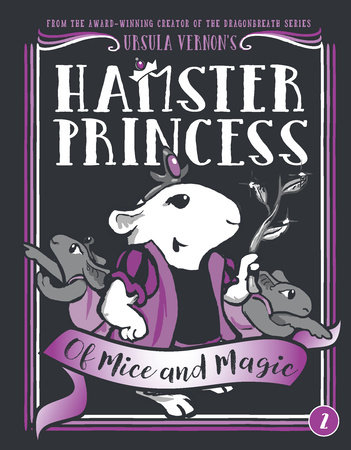 Princess Harriet has absolutely no interest in brushing her hair, singing duets with woodland animals, or any other typical princess activities. So when a fairy tells a very bored Harriet about twelve mice princesses who are cursed to dance all night long, she happily accepts the quest and sets off with a poncho of invisibility and her trusty battle quail. But when she arrives at the Mouse Kingdom, she discovers there’s more to the curse than meets the eye, and trying to help is dangerous business . . . even for a tough princess like Harriet.

Think the story of the dancing princesses (you know, the ones that danced all night wearing holes in their shoes but no one knew how, where, why, or with whom), only lacking a prince as the actual hero.  Well okay, there is a prince and he has potential to be a hero but just like Harriet, he has no intention of following convention.  Served him well the first story round, right?  Eh, okay...let's not remind him of that.  It was hard enough to restock his Chapstick supply after all that smooching.  *ahem*  Anywho, here we have Harriett off on another adventure, after all, she's a princess with time on her hands.  What is she expected to do...sit around and look pretty?  Yeah, wrong princess...though she is still lovely.  You're welcome, Princess!  No, this princess doesn't believe in sitting on her laurels and good thing too!  As it seems, the mouse princesses in the next kingdom over have a bit of a curse on their hands, and who better to help break it than the breaker of her own curse?  Except this one is a bit trickier, a bit harder to pin down, and with a grouchy (oddball) king demanding it be solved on three days time, she'll need all her wits about her, and the help of a friend or two made along the way.

To conclude, BOTH stories are fairy tales twisted in on themselves yet recognizable.  There's wit and snark, adventure and daring, self realizations and friends of all shapes and sizes.  The author really brings Harriet and her world to life, giving readers young and young at heart, a new pint sized hero-ess to look down, I mean UP to.

Special thanks to Rachel at Penguin Young Readers for the review copies, connection to the author, and amazing prize pack to give away in the Children's Book Week Giveaway Hop.  (YOU ROCK!)  For more information on these titles, the series, the author, or the publisher, feel free to click through the links provided above.  These titles are available now, so be on the lookout for it on a bookstore shelf or virtual retailer of your choosing.  Piqued your interest?  BOOK THREE, Ratpunzel, is set to release THIS OCTOBER!  I know what's on my wish list... 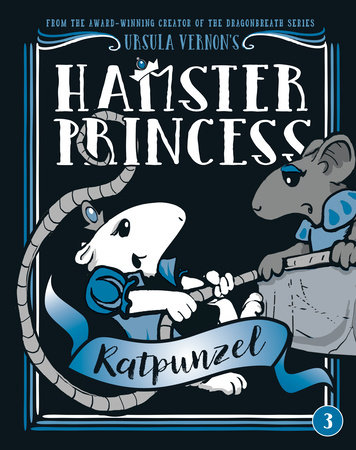