Hi guys!
Welcome back to Satisfaction for Insatiable Readers...the place to be when you're ready for some bookish fun, no matter what genre your loyalty lies with.

Today, we're exploring the next stage of a year long celebration and this time around?  YOU GET A CHANCE TO WIN!  What could I POSSIBLY be talking about?  Why the "Just can't get enough of..." promotion from Harlequin! 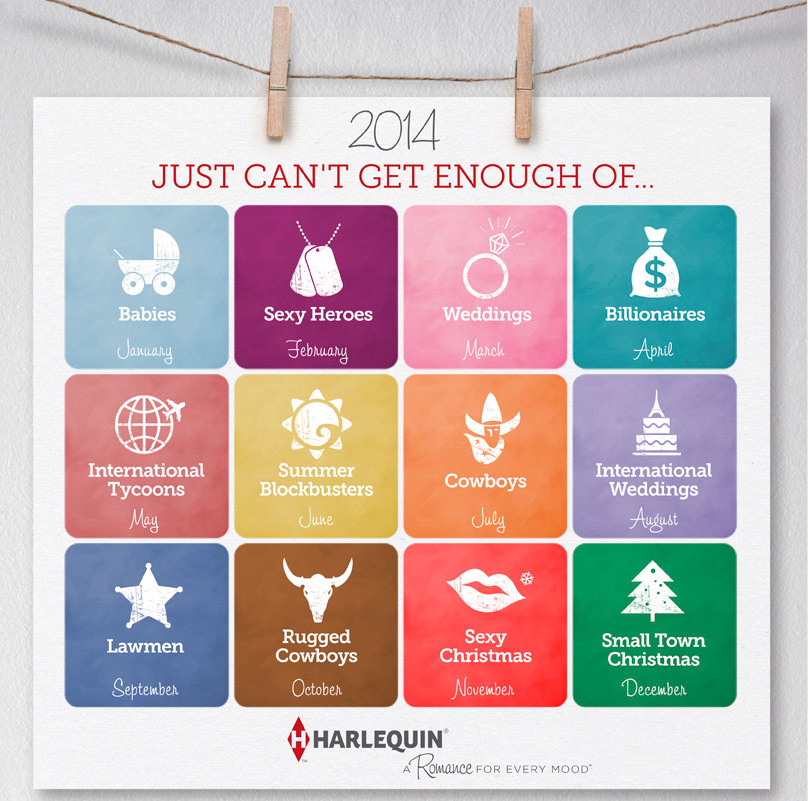 That's right!
There's a theme for every month of the year and there will be different titles featured throughout the coming months....some of which I'll even be featuring RIGHT HERE on the site.  Sound good?  I thought you might like it.  So, upon closer inspection, April's "can't get enough of" theme is...

...BILLIONAIRES!
Ooh...and who couldn't use one of those!

There are three titles in the spotlight this time around.  See if you can guess which one I put on my wish list for a possible review later this month....

The Black Sheep's Inheritance by Maureen Child
Estranged from his adoptive father, Sage Lassiter earned his own billions. But when J.D. Lassiter leaves a fortune to his private nurse in his will and cheats his own daughter of her rightful inheritance…Sage is enraged, to say the least. He's sure nurse Colleen Falkner isn't the innocent she appears. And he's willing to go to any lengths to expose her…even seduction.

But using sex—crazed, incredible sex—to find out what she knows could backfire. Because Colleen is not what Sage expected. And like it or not, she's about to demolish all the barriers he's carefully constructed around his heart.

What the Greek's Money Can't Buy by Maya Blake
Oil magnate Sakis Pantelides always gets what he wants—after all, he's drop-dead gorgeous, powerful and wealthy beyond words. But the one thing he can't have is his stunning assistant, Brianna Moneypenny—because she's the only woman this cynical Greek can trust.

But when an international crisis throws them together 24/7, intriguingly buttoned-up Brianna reveals a sensual hunger that rivals his own, and he realizes just what he's been denying himself for so long. But when his perfect PA's secret is discovered, will he pay the price for taking what he wants?

Stolen Kiss from a Prince by Teresa Carpenter
Charged with the care of the newly orphaned heir to the Kardana throne, nanny Katrina Vicente finds herself faced with an even more formidable task—working alongside the boy's uncle, the devastatingly handsome Prince Julian, the prince regent.

Desperate to keep the secrets of her past under lock and key, getting involved with a prince is the last thing Katrina needs, particularly with the world watching. But it's hard to ignore their instant chemistry—especially after one stolen kiss! Could her royal assignment be about to transform into the most magical of fairy tales?

Curious to see/read what you peg my interest as....

Don't worry!  I won't keep you in suspense long...
...watch for the review (possibly) COMING SOON right here on SFIR!

In the mean time...are you ready for the CHANCE TO WIN?
Let's go!


Up for grabs?  A prize pack of Harlequin goodness sure to shake up your reading world.  Gaze at the prize you can enter to win.....NOW.... 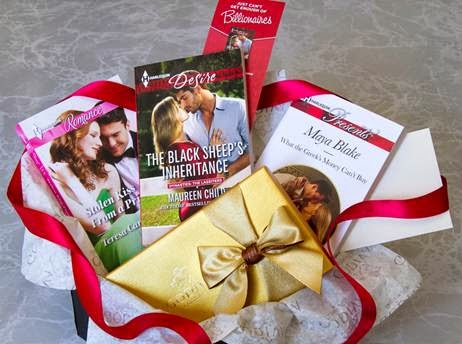 See?
Nice, right?
It's a basket containing a print copy of each featured title PLUS Godiva chocolates!
Which one to be MORE excited about?  OOh....that's a hard one.  ^_^
Well in either case, it can ALL be yours and to enter, all you have to do is fill out the Rafflecopter below.
The contest is open to US/Canada residents only; no P.O. Boxes please.  Entries accepted through April 30th, 2014.

Good luck to one and all....and of course, HAPPY READING!

The Black Sheep's Inheritance sounds interesting. I haven't read this author yet.

I think you would go for Stolen Kiss from a Prince.....I like how The Black Sheeps Inheritance sounds. Actually I like how they all sound,lol. ;)

What the Greeks Money Can't Buy, maybe I can read and pretend it's warm outside :)