Try Not to Burn by Michael David Matula

Hi guys!
Welcome to the site and thanks for stopping by Satisfaction for Insatiable Readers.  It’s all about the books, all the time but without the interaction with all of YOU, it’s like shouting into the great beyond, without the echo.  (Thank you Twitter tweeps for the wording there and most honest description.)

Today, we’re taking a look at a title that may have slipped under your radar, but is well worth the search and find.  It stars three (mainly) likable (mostly) characters trying to find their way through life, oh excuse me…the AFTER life, with some amazing (scary!) obstacles and a surprising conclusion….for now at least.  Have I peeked your interest?  Good!  Let us continue as we face the music and….

Three strangers must join forces in order to escape from Hell.

Brandon Morales, a rookie cop with a shadowy past, shot dead at the age of twenty-two.
Samantha Reiss, a female bank robber, killed by lethal injection.
Jane Calrin, a teenage girl who ate a bullet to cap off a tear-stained murder-suicide.
All they have to do is pass a series of tests, avoid the wanton clutches of their fellow inmates, brave nightmares made flesh, and keep being swallowed by the constantly evolving mass of Hell itself.  Of course, none of those obstacles might matter one lick, as the three of them might all just end up killing one another before their quest even begins.  Only God knows for sure.

Okay, first things first…BURN in this case is DIE but yet on another level seeing as their current states aren’t exactly among the living.  Second, if you’re easily offended by other’s ideas of the afterlife, than this may not be the book for you.  However, if you’re willing to break away from your hard held truths and accept this for what it is, a work of Fiction, than you are in for a rip-snorting riotous fight through the underworld on the way to redemption and a higher calling…possibly.  Hey, there are no certainties here except that every day will offer a new challenge, and despite the fact that they’re all corporeal-ly dead, they still have to be wary of the final BURN. *cue dramatic music*

Personally, I found the tale rather interesting, and shared as much with coworkers and friends.  What?  I can’t keep a good book to myself alone now can I?  Well, obviously not since I DO have a book blog.  (^_^)  The author’s imaginings of Purgatory are curious; dark and gritty, and yet with a thread of salvation still out there, if only those lost souls care to look.  Trust me, most DON’T….but there are always those that defy the odds, stand out like a sore thumb, seek what they didn’t know was lost, etcetera, etcetera, etcetera.  You know the type, and if you don’t, you’re about to.  Here they aren’t perfect.  Here there are no preconceived notions of holier-than-thou to deal with.  They made this stopover between Heaven and Hell BECAUSE of those transgressions….but guess what?  They didn’t go straight to the bottom level BECAUSE of them either, meaning…what exactly?  That there’s still HOPE. 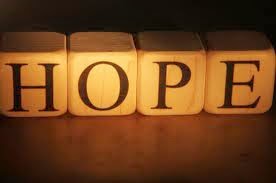 I had a customer once, a regular if you will, that told me her meaning of HOPE….something she learned from someone else as well.  It stuck with me for it was quite profound and poetic all at once.  For her (or rather them) it stood for Hang On Pain Ends; definitely a thought we all need from time to time.  Here it serves well to illustrate the faith that young Jane has retained in the changing world around her.  For despite the years she’s spent there, she stills believes that some day, some how, they’ll find a way out.  The appearance of Brandon seems to be that chance as the wheels begin to turn towards a new day, but with their change in heart, or rather spirit, so changes the way the ‘scape around them reacts.  Hardships multiply.  Enforcers upgrade themselves.  It’s an all out war…the end prize POSSIBLY being the fate of your soul.  Isn’t yours worth fighting for?

The creatures encountered are bad enough to make Wes Craven proud.  Trust me, if your stomach is easily turned or nightmares plague you after reading scary stories, you might want to delve into this one in the daylight.  The baddest of them all?  Ooh…that’s a hard choice because some control others which makes them equally terrifying but I think if I had to pick a favorite, it would be the unseen ones in the garden-type utopia of Eden.  Yes, Eden.  For those that know their Bible verses, it’s probably ringing some bells but don’t expect it to appear just as you imagined; remember, this IS Purgatory, not an everlasting sun fest in a sin-free world.  Stay on the path, you’ll be fine….step off the path, and meet….well, you’ll see, but again they’re my favorites; they make the most sense to me.  Anywho….

Character wise, you can understand what brought each of our key players there, but you can’t help but feel for them as well….thus making their stay in Purgatory a natural choice.  I mean, if they were beyond repenting completely, what would be the point?  It’s a good reminder to readers since we all have different backgrounds, have made different life choices, that there are ways to atone for the things we’ve done, the feelings we’ve hurt, the ill’s we’ve committed….as long as there is breath still in our bodies.  (Okay, perhaps afterwards as well, but why let it come to that ESPECIALLY with the multiple layers of heck to go through to maybe catch a glimpse of Heaven? *shudders*)

In the end, an unexpectedly GOOD read that I’d recommend for older teens through adults.  If you like action, heroes and heroines that are most certainly flawed but still likable, and the potential (however slim) for a something MORE out there, this is definitely the book for you.  Pack your bags and get ready to take a trip to the world just above the under, like you never experienced before.  Oh and if you were wondering what to pack?  I’d do the opposite of what The Godfather movie recommends….pack the guns LEAVE the cannolli; a much better option for where you’re heading even if it’s just for the scare tactic.

SIGNED review copy courtesy of author Michael David Matula.  (THANKS!)  For more information on this title as well as those forthcoming, be sure to seek him out online.  This title is available now, so be on the look out for it on a bookstore shelf or virtual retailer near you.  Need a head start?  Try Amazon, and Barnes & Noble.