The Whine Heard Round the World: I Don’t Wanna Be an Orange Anymore by Hank Kellner

Hi there!
Welcome back to another day, another post here at Satisfaction for Insatiable Readers.

Today, we’re examining a work of Fiction that reads almost like a Memoir….because although our leading little fellow gets in a lot of trouble (and causes a good share of it too!), it’s not so far out there that it couldn’t/wouldn’t happen.  Makes for a curious read, I’ll say…but enough vague details, let’s get to the ebook itself!  The featured title of the day and book of choice is…. 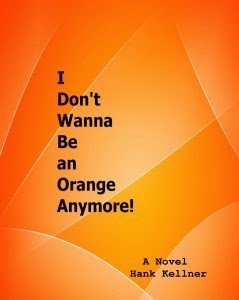 Growing up in the fictional town of Meadowview, young Willie Watson objects to being required to play the part of an orange in the school play when he is nine and in the fourth grade. But that's just the beginning of his problems. As he continues through elementary school and into junior high school, Willie has to deal with the town bully; Christmas with his relatives; the death of a schoolmate; the loss of his girlfriend; the theft of a fountain pen, and his broken eyeglasses.


But that’s not all. Willie doesn’t want to eat his peas; take the garbage out; deal with his troublesome kid sister; try to climb the ropes in gym class while his gym teacher harasses him, or have to stay after school until he’s “…old enough to grow a beard.”

Readers will discover how Willy becomes a member of Brucie’s gang; what happens in the old movie house on Main Street; how feisty old Grandma inspires Willie, and much, much more.

I cheered for Willie.
I leered at Willie.
I wanted to hug him…
…and then I wanted to cut off his air supply, for a short time at least.

Basically, he and I had a bit of a love hate relationship, if you couldn’t tell.  My main problem with our leading little man is that he had great potential but very little backbone.  He started off right (although his desire to not play an orange in the school play was a bit much), even earning some brownies points in my book for his relationship with Ginny, and his avoidance of activities that he knew would get him into trouble or were more frowned upon than others….but then as they say, it was all downhill from there.

He focused way too much on thoughts of his kid sister meeting an unfortunate end.  He broke down more than once in his moral standing just to avoid a beat down himself.  He wouldn’t even hold his own ground when going against his parents when he was CLEARLY in the right!  I mean, if you won’t stand for anything…well, you know how the saying goes; grant it, he may not since he is only in grade school, but watching his sense of self diminish was disheartening.  Now, he does come around later in life, which we get to experience as well since the story is actually told in memories recollected, but still, I’m afraid Willie and I were never truly going to become friends. 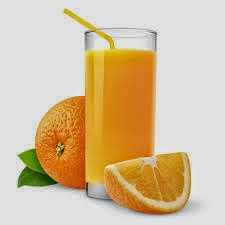 Recommended read for Middle Grade fans and beyond; the content doesn’t get risqué or anything, it simply deals with life and the crazy twists of fate that can happen along the way.  Sometimes the class clown turns out the be the next presidential candidate.  Sometimes the bully reflects on his past deeds and turns a 180.  Sometimes people don’t really change their core selves at all, but time and experience deepens their character making their choices, reactions, and indecisions more understandable.  It’s all in how you look at it….after all, an orange is as an orange does.  ^_^

About the author…
Hank Kellner is a retired associate professor of English. He is the author of 125 Photos for English Composition Classes (J. Weston Walch, 1978), How to Be a Better Photographer (J. Weston Walch, 1980), Write What You See (Prufrock Press, 2010), and, with Elizabeth Guy Reflect and Write: 300 Poems and Photographs to Inspire Writing Prufrock Press, 2013). His other writings and photographs have appeared in hundreds of publications nationwide.

Ebook for review courtesy of author Hank Kellner.  (THANKS!)  For more information on this title as well as the author himself, be sure to stop by his official blog.  This title is available now online at Amazon and Smashwords.