INTERVIEW: Author Nancy Allen, THE CODE OF THE HILLS

Hi there!
Welcome back to the site that aims to please the reader in you with bookish fun at every turn (even of the digital page)....Satisfaction for Insatiable Readers.

Today, we're shining the spotlight on a recently released eBook title courtesy of Witness Impulse, an imprint of HarperCollins Publishing.  Thanks to Andrea, an amazing member of their team, I have the chance to bring the EBOOK BIRTHDAY celebration to YOU, with a little something more.  First things first, let's get to that "about the book" section!  Today's featured title is.... 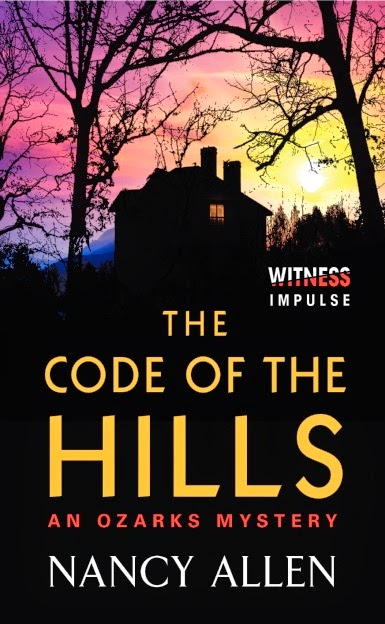 The Code of the Hills,
An Ozarks Mystery
by
Nancy Allen
Witness Impulse

To uncover the truth, she'll have to break the code of the hills …
In the Missouri Ozarks, some things aren't talked about … even abuse. But prosecutor Elsie Arnold is determined to change that.
When she is assigned to prosecute a high-profile incest case in which a father is accused of abusing his three young daughters, Elsie is ready to become the Ozarks' avenging angel.
But as Elsie sinks her teeth into the case, everything begins to turn sour. The star witness goes missing; the girls refuse to talk about their father, who terrorizes the courtroom from the moment he enters; and Elsie begins to suspect that their tough-as-nails mother has ulterior motives. To make matters worse, Elsie receives gruesome threats from local extremists, warning her to mind her own business.
While Elsie swears not to let a sex offender walk, she realizes the odds—and maybe the town—are against her, and her life begins to crumble. But amidst all of the conflict, the safety of three young girls hangs in the balance ...

Scary, frightening and disturbing all in one, right?
Yeah, I hear ya.  Gave my stomach a turn.
Curiosity also raised it's head though.
I mean, haven't you wondered how stories like this are born?
So, with that vein in mind and the opportunity presenting itself,
I went straight to the source.

That's right!
I scored an AUTHOR INTERVIEW and asked the...
...well, okay, not the HARD questions, but some good ones
at that.  Don't believe me?  Read it for yourself! 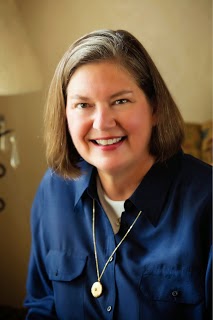 As the world runs at the speed of light, our free time gets shorter and our attention spans all but disappear.  For those that like to get a feel for a book at a glance, DESCRIBE YOUR BOOK IN 20 WORDS OR LESS....and GO!

A: THE CODE OF THE HILLS is a “hillbilly noir” legal thriller set in the Ozarks, about an incest prosecution.

This is your debut novel...congratulations! Curious minds want to know though, why such a HEAVY topic for your first bout into the writing world, considering it was inspired by your own experiences?

A: In the Ozarks hill country, there’s a long tradition of “the code of the hills.” It has been described as an unwritten law that permits a man to do what he wants with his land and his family, without outside interference. And it decrees a code of silence. People aren’t supposed to speak to outsiders about the things that happen within the family circle. As a prosecutor in the Ozarks, I had to break through that wall of silence and secrecy when I handled cases of incest and sexual abuse.

When I returned to my home town in the Ozarks after law school and went to work as assistant prosecutor, I was the only woman on the staff—and the second woman in all of Southwest Missouri to serve as prosecutor. They assigned me an unprecedented number of sex cases, because I was female. So as a trial lawyer, I cut my teeth on incest—of which we have a fair amount in the Ozarks. Greene County, Missouri, where I have always lived, has the highest rate of sexual abuse in the state; and Missouri has the 5th highest rate of that crime in the nation. I thought at the time that I should write a book, showing what sex case prosecution is like from an insider’s perspective. It took me thirty years to get the job done.

Any characters that wouldn't leave you be during the creative process? You know, the ones that simply MUST have their story shared?

A: The character of Charlene Taney, the eldest of the crime victims, continued to grow. I kept writing more “Charlene scenes” and developing the character. Charlene demanded more attention; she wanted her story told.

What's next for Elsie...assuming she makes it through the case and avoids the death threats?
A: Elsie will be still be in the Missouri Ozarks, working hard at the McCown County Prosecutor’s Office. But she’s wrangling with a new case, with plenty of surprises to test her mettle.

....favorite color?  A: Sky Blue
....favorite food?  A: Chocolate birthday cake and vanilla ice cream. It’s okay if some melted candle wax is stuck in the icing. I’ll pick it off.
....favorite song?  A. So many to choose from! How about “Whiskey Lullaby” with Brad Paisley & Allison Kraus?
....favorite author (as in you will read pretty much whatever they put out)?  A: Easy! Hank Phillippi Ryan! She’s my favorite “can’t put it down” author.
....your last book read?  A: Shadows on the Mirror, by Frances Fyfield. Loved her Sarah Fortune character—fascinating! I am planning to spend the summer catching up on Fyfield reads.

If I wasn't an author, I would have been....
A: Well, that’s kinda funny. Because I have emerged as an author with many professional years behind me. So: I have been a trial lawyer; a teacher; a public servant in the Mo Attorney General’s Office and Greene County Prosecutor’s Office, a wife and mother. It’s easier to think of things I’ll never be: a Vegas showgirl, a movie star, a model (that ship has sailed, friends).

When not penning the next big thing, I can be found....
A: Teaching my law classes at Missouri State University; doing laundry; letting the dog and cat in and out the various doors of my home.

Something I wish I knew then that I know now....
A: My mother was right. About just about everything.

Advice to future authors in the reading audience....
A: You must be immune to discouragement. Believe in your book; keep making it better. And when you’re knocked down, stand back up and dust yourself off. Then go out and pitch it again.

My thanks to author Nancy Allen for indulging my curious nature and making this interview a success!  To discover more about this title as well as the author behind it, seek thee out a copy at your choice online retailer.  Oh and for those that prefer a "tree" edition, it's coming soon!  Mark your calendars for MAY!

Additional thanks to Andrea at HarperCollins for the chance to bring this feature to you.  (THANKS!)  For more information on this title as well as their full catalog, be sure to connect with them online or any number of their social media outlets.

This sounds like a harrowing read but nevertheless one I think I'd enjoy.

Thank you for the interview with the author, its always interesting to read about the thoughts behind the book.