Punctuation is Everything: Sorry You're Lost by Matt Blackstone

Greetings fellow readers!
Welcome back to the site that aims to bring the reader in you something to mull over, digest and conclude about every day of the week….Satisfaction for Insatiable Readers.

Today, we’re checking out a Middle Grade Fiction title that deals with a very REAL subject….death...but not in the classic morbid after-life sorta way.  No sir.  It brings us another view of the story from the eyes of the family left behind, in this case a young son and now single father, who have just lost someone but are also lost themselves.  Have you been in their position?  Perhaps know someone who has been?  This might just ring true for some of you, tug on a few heartstrings as well as tickle those funny bones.  Ready to get a bit emotional in one direction or the other?  Today’s book of choice is…. 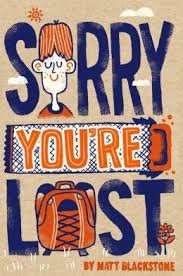 When seventh grade Denny “Donuts” Murphy’s mother dies, he becomes the world’s biggest class clown.  But deep down, Donuts just wants to return to a time when his mom is still alive and where his dad doesn’t sit on front of a TV all day.  He tries to get back into the groove by helping his best friend, Manny, with a scheme to snag dates for the school dance.  But things don’t go exactly as planned.  He soon learns that laughter is not the best medicine for all of his problems.  Sometimes it’s just as important to be true to yourself.

It’s all about the apostrophe.  Funny how such a little thing can change the meaning of a word, and in turn the sentiment of an entire statement.  For Denny, aka Donuts, what starts as a sentence with a misused word, ends up being a truth no one, not even themselves, could at first recognize.  Understandable for certain considering the loss he and his Dad have suffered in the last few months, but in honoring her memory…they have strayed well beyond the path of least resistance.  Humor may be the best medicine to chase away the blues, but denial is the cowards way out which serves no one in the end…and there’s a thin line between the two.

Upon ruminating about this read, I found it to be a powerful story about loss, family, friends, and in the end, LIFE.  Our days keep ticking by with or without us.  Do you really want to look up one day to see your own end on the horizon and nothing to show for it?  I’m not talking riches. I’m not talking material items at all really, unless that is YOUR strict definition of success and achievement.  I’m talking being present in YOUR present.  I’m talking about having shown up day in and day out despite the obstacles thrown in our ways both physical and emotional to tell the world HERE I AM, YOU WILL NOT SHUT ME DOWN NOR COUNT ME OUT.  To lose a parent is a pain I can’t begin to imagine (thank goodness…*hugs those who have*) nor one I’d wish on my worst enemy, but even something this big that strikes you to the core can be overcome, can be worked through given time and the support of family and friends.  You just have to open your heart and give love a chance to work its magic….it’s that first scary step towards a lighter tomorrow. 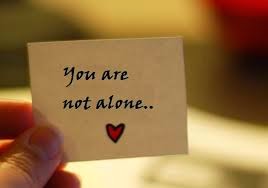 So, in conclusion, though a read I didn’t connect with during or even after the final page (surprised?  Wait for it…), it’s still something I’d recommend to others.  It’d be a great fit for Middle Grade (and beyond) readers that have lost someone close and ended up lost themselves (*hugs again*).  It’d work for those MG fans that are simply looking for another book to add to their reading lists for boys.  It even works as a way to address the issue of being a class clown on a consistent basis when the reason is something other than merely having a good time….perhaps a conversation starter of sorts to uncover what’s really happening.  In short, though not for me, certainly a worth while read for generations young and young at heart.  It shows the stages of grief through the eyes of youth, it’s ill effects on everyone it touches and hope’s promise that eventually everything will be okay.

ARC for review courtesy of Leigh at Regal Literary.  (THANKS!)  For more information on this promotion as well as those forthcoming, be sure to stop by their official site.  This title was released January 2014 via Farrar Straus Giroux, an imprint of MacMillan Children’s Publishing Group, so be on the lookout for it on a bookstore shelf near you.