Hi guys!
Welcome back to Satisfaction for Insatiable Readers…the place that readers call home from across the globe, or at least they are more than welcome to; the more the merrier!

Today, we’re playing host to a blog tour courtesy of  Pump Up Your Book Online Book Publicity (Thanks, Dorothy!) featuring a mighty dystopian thriller that may shock, could awe, but most definitely will have many of you running for your nearest bookstore or online outlet.  Why?  Because…it just SOUNDS good! Ready to take a look?  My pleasure.  First, a peek inside the cover…. 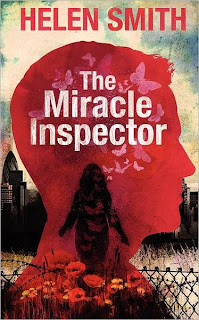 The Miracle Inspector
By
Helen Smith

The Miracle Inspector is a dystopian thriller set in the near future. has been partitioned and is an oppressive place where poetry has been forced underground, theatres and schools are shut, and women are not allowed to work outside the home. A young couple, Lucas and Angela, try to escape from – with disastrous consequences.

Good, right?
I know I was outraged by the oppression even glimpsed in this brief synopsis and what kind of future are we expecting to have if schools are shut down and any form of literature is sent underground!  *-*  Gotta say, I’m already rooting for Lucas and Angela and I haven’t even met them yet…though those consequences don’t sound so good for them.  Moving forward….

As my reading schedule is a bit tight at the moment, in lieu of a review of today’s featured title, I opted for a guest post from none other than the author herself.  Subject?  It was an open door, but she filled it with something I think you’ll all be anxious to read.  Without further ado, please welcome Ms. Helen Smith!

Dystopian books offer a bleak, disturbing vision of the future. Often in the story there is a totalitarian government that controls and deceives its citizens, and rebellion is dangerous or futile. There may be a threat to the survival of the population, perhaps because of declining fertility or environmental problems. The endings of such novels are often downbeat or ambiguous. They hold a mirror to the way we live now, and an implicit or explicit warning about what may happen if we don’t preserve our freedom and individuality.

The Children of Men
P.D. James’s novel, The Children of Men, is set in in 2021, when infertility problems among the population mean that no child has been born for twenty-five years. is ruled by a despot called Xan with a private army. As the population is dwindling, foreign workers are brought into the country and exploited. Older people are a burden on society and commit suicide, and childless couples find child substitutes to love, such as pets or dolls. The story is told partly through the diary of a man called Theo who discovers that a woman called Julian is pregnant. If she has a baby, there is hope for the population – so long as the baby doesn’t fall into Xan’s power.

The Children of Men was published in 1992 and made into a film starring Clive Owen in 2006.

A Handmaid’s Tale
Margaret Atwood’s bleak novel is set the which is ruled by men in a right-wing totalitarian theocracy.  Women have been stripped of their rights and we follow the story of Offred, a woman who is ‘handmaid’ to a man called Fred and his wife, forced to have sex with him in order to conceive a child for the couple. She must give birth to a healthy child, ‘a Keeper’, but this is almost impossible given that so many children are born with birth defects, and because Fred is probably infertile. There is a resistance movement and the possibility of a way out for Offred – but can she trust the people who say they want to help her?

A Handmaid’s Tale was published in 1985 and made into a film in 1990 starring Natasha Richardson as Offred.

Nineteen Eighty-Four
George Orwell’s book is set in , a republic ruled by Big Brother. Surveillance, censorship and ‘doublethink’ prevail. Torture is used to break down resistance among citizens. Political language – what we might now called ‘spin’ – is important as a way of controlling the population’s understanding of their situation. Winston Smith works for the Ministry of Truth and though at first he loves Big Brother, he rebels, begins an illicit romance with a woman called Julia, is captured and tortured, and betrays his lover. Though he has been approached by someone who claims to be a member of the resistance, it seems that even this may not exist except to flush out rebellious citizens so they can be re-educated. On reading or rereading this book, you see that many of Orwell’s invented terms have become part of the lexicon, especially when discussing political ideas.

Nineteen Eight-Four was published in 1949. In 1984 it was made into a film starring John Hurt as Winston Smith. (On a side note, Suzanna Hamilton, who played Julia in the film, appeared in a play of mine called The Memory Man that was produced in in 2011.)

Brave New World
Aldous Huxley’s book is set in in 2450. A peaceful rules the citizens of the world, dividing them into castes and educating them to work and behave in pre-defined ways suitable to those castes. There are no families, and children are incubated and hatched rather than being conceived naturally. People seem happy but this is because they’re medicated by Soma, a drug that takes away their creativity and individuality and stops them questioning their existence. An outcaste or ‘savage’, John, who was conceived naturally by a woman called Linda who exiled herself in shame, is brought to London at the age of eighteen to see this ‘brave new world’ for himself. He is intrigued and horrified by it, and, mourning his mother, he becomes a spectacle for the citizens of who are excited by his passionate feelings.

Brave New World was published in 1932. It was made into a TV film starring Leonard Nimoy in 1998.

Never Let Me Go
Kazuo Ishiguro’s book is set in . It begins in a boarding school where three characters, Kathy, Tommy and Ruth, are friends. The story is told from the point of view of Kathy, using her slightly limited vocabulary and outlook – she’s quite a passive character. As adults, they are housed in cottages, and Kathy becomes a ‘carer’. It’s difficult to describe what happens in the book without giving away an important ‘reveal’ that will spoil the opening chapters of the book if you know what will happen while reading them. But this is a haunting, sad book that came together for me when I read the last page, which made me cry.

Never Let Me Go was published in 2005 and made into a film in 2010 starring Carey Mulligan as Kathy. 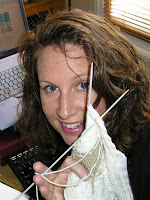 Helen Smith is a member of the Writers Guild of Great Britain and English PEN. She traveled the world when her daughter was small, doing all sorts of strange jobs to support them both – from cleaning motels to working as a magician’s assistant – before returning to live in London where she wrote her first novel which was published by Gollancz (part of the Hachette Group).

She is the author of bestselling cult novel Alison Wonderland. She writes novels, poetry, plays and screenplays and is the recipient of an Arts Council of England Award. She’s a long-term supporter of the Medical Foundation for the Victims of Torture and mentors members of an exiled writers group to help them tell their stories.

Her latest book is the dystopian thriller The Miracle Inspector.

Wow!
How’s THAT for a list of future reading options…after of course checking out The Miracle Inspector.  ^_^  Whilst traipsing about her site, I also discovered why the author’s name was familiar to me when I first caught wind of this tour.  She’s ALSO the creative mind behind Alison Wonderland (as noted in her bio as well), a sort of modern detective-type play on the tale we know so well (and a resident of my own personal ).  Love when coincidences work out that way…

Special thanks to Dorothy at Pump Up Your Book Online Book Publicity for the chance to host a spot along this tour….and of course my thanks to author Helen Smith for giving us a little insight into your own reading world.  (THANKS ladies!)  For more information on this tour as well as their future adventures yet to come, be sure to check out their official website, like them on Facebook, plus them on Google+, follow along on Twitter, or sign up for their FREE newsletter!  To discover more about author Helen Smith as well as her complete body of works, be sure to visit her online, friend her on GoodReads, like her on Facebook, or follow her Twitter feed.  This book is available now on a bookstore shelf near you as well as on Amazon.com.

Thanks for hosting me and letting me post. I really enjoyed writing this one.

Great post. I had to laugh at the future London being described as an oppressive place as to me it already is.

The Miracle Inspector sounds fascinating and I look forward to reading it! I loved the guest post and hearing the author's top dystopian books. I am a huge fan of The Handmaid's Tale and A Brave New World. I have to check out some of the others. :)
~Jess

Thanks, Jess. Have you seen the film Children of Men? It's worth checking out as it's so beautifully made.

Petty Witter - aw, I love London! But thanks for the kind words about the post.

Helen Smith: My pleasure! Thank you for the fabulous post and comments/answers!

DMS: Awesome! It's great when we find book connections, no?