Because It Is My Blood by Gabrielle Zevin

Why hello there!
How are you this fine Thursday?
Great I hope….or at least in a better situation than our lead characters finds herself in in today’s featured title; trust me, it’s a doozy.  What’s that?  WHY trust me?  Well because…this is Satisfaction for Insatiable Readers and the aim of our game is to give you something new (or new to you) to chew on every day of the week! 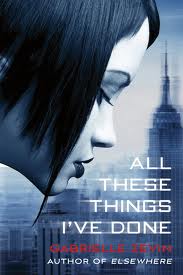 Today’s featured title, already vaguely mentioned above, is the long awaited (well, any day you have to wait makes it LONG when it’s a GREAT story…in my mind at least ^_^) sequel to All These Things I’ve Done….the first book in the newly christened Birthright trilogy.  For a quick reminder of what’s transpired, feel free to click on over to my review for a brief overview of that opening title and then hurry back because you WON’T want to miss this…

Ah, there you are!
Ready to continue?
Let’s DO this!
WARNING to those that haven’t read book one…yet…a few spoilers may abound but nothing to get yourself in a tizzy about.  Now that that’s settles, the title of the day is… 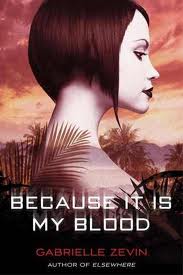 Birthright, Volume 2:
Because It is My Blood
By
Gabrielle Zevin

Since her release from Liberty Children's Facility, Anya Balanchine is determined to follow the straight and narrow. Unfortunately, her criminal record is making it hard for her to do that. No high school wants her with a gun possession charge on her rap sheet. Plus, all the people in her life have moved on: Natty has skipped two grades at Holy Trinity, Scarlet and Gable seem closer than ever, and even Win is in a new relationship. But when old friends return demanding that certain debts be paid, Anya is thrown right back into the criminal world that she had been determined to escape. It’s a journey that will take her across the ocean and straight into the heart of the birthplace of chocolate where her resolve--and her heart--will be tested as never before.

It’s another twisted road for Anya Balanchine; daughter of and heir to a chocolate empire, target of those with ill intentions towards her name and her family, and above all a teenager simply trying to find her way in life and love.  Yes, it’s a hard life she leads but she was made for it.  Who else but Anya could juggle the many faces she must wear?  Who else but Anya could willingly choose a life on the lamb in order to protect her family, friends and the boy she loves?  Who else but Anya could even TRY to take down the psycho trying to kill her in the middle of a cacao plantation?  Her violent past and uncertain future give her the strength to withstand almost anything thrown her way making her a force to be reckoned with…but even she is not invincible.

You see that last line there…the mention of a flaw in her armor…that’s just one of the things I LOVE that the author built into Anya’s character.  Above all else, the independent streak, the “I-can-handle-everything” attitude….she is human.  Her veins may run with brown gold from her family tree but her heart is 100% pure…even if her intentions are not always so (hey, she has underhanded dealings to deal with…she can’t always lay all the cards on the table; it’s called leverage).  She would do anything for her family and friends…ANYTHING…but she never expects anyone to do the same for her.  When she does let her guard down, she gets bitten…in the worst way possible considering everything else that’s already happened but it’s a lesson learned and one that she’ll not likely forget.  Trust is something very important to Anya and her family; once broken, you can believe that the road back to her graces will be anything but easy.  Fool me once, shame on me.  Fool me twice, or should we saw try to fool Anya twice and you may not be around for the “third times a charm”.  Moving forward…

The characters introduced this time around are varied and a wee tad hard to keep track of, but rest assured they are well worth knowing, or at least knowing of.  There’s a connection made between the story’s beginning and end that you won’t see coming but in hindsight, it’s totally sitting there on the outskirts of it all.  Back to the people though, I had a love/hate relationship with SEVERAL of them this time around.  From Mr. Kipling, Anya’s lawyer (oh yes, he CAN do wrong) to Theobroma Marquez, aka Theo (a funny kid from a bit further South that can teach her a thing or two about many things), Charles Delacroix (Win’s father and loser of the election…HA! Sorry…) to Gable Arsley (who is STILL just like his last name sounds), it’s a big mixed bag of characters but it keeps things interesting…though I could have done with a less “interesting” take when it came to Win Delacroix.  Honestly Win, the road was clear for you!  Lighten up on the “leave it behind business”, get on the “yay chocolate” bus, and step up to the plate already!  Sorry, but he has a lot of pretty words and some great actions but then flips like a switch; makes my head crazy.  Anywho… 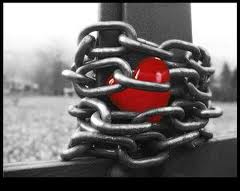 All in all, a fabulous follow up to all the greatness that was introduced in book one with enough story to hold its own and tide us over until the final installment is released.  (Soon, I hope…soon?)  Step into a world where chocolate is taboo, paper books are scarce and love weaves just as tangled of a web as ever before…just a bit more dangerous.  You’ll be swept away as Anya wages war in battles that were never meant for her, carried off by promises too sweet to be denied, and lose your footing when the carpet is grabbed from beneath your step once again.  In the end, you’ll rise like the phoenix Anya has proven to be showing the world that some things CAN be counted on for life….and her word is 100% pure.

Recommended read for teen readers and beyond; while the story gets a tad violent a time or two, nothing rates as “TOO much” to be handled on my radar. Special thanks to Ksenia at MacMillan Children’s Publishing Group for the ARC package for review.  (THANKS!)  For more information on this title as well as their complete catalog, be sure to visit them online, check out their blog, like them on Facebook, or follow along on Twitter.  To discover more of the literary worlds of author Gabrielle Zevin, stop by her site, check out her blog, like her on Facebook or follow her Twitter feed.  This book is available now on a bookstore shelf near you from Farrar, Straus and Giroux.

Until next time… and happy reading!

The Birthright series is new to me, and you have me really curious about it now. A psycho, a cacoa plantation..chocolate..eep, adding these to my list! Awesome review now i want chocolate!

Oh wow. Interesting! :) Thanks for sharing this one as I'd not heard of the series before. :)