The wonderful world of Julia Dweck and friends! 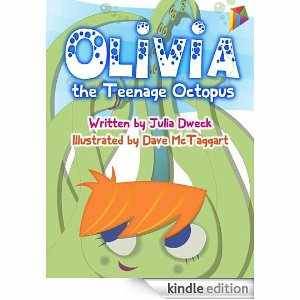 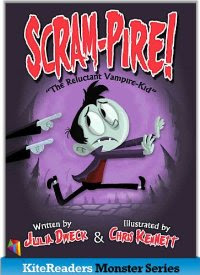 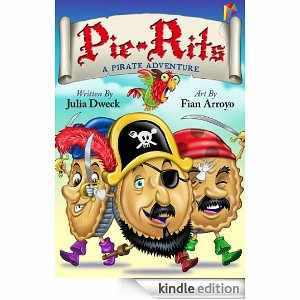 Hi all!
Welcome back to Satifaction for Insatiable Readers...the place to be when it's time for a bookish treat and you simply can't decide which tasty treat to embark on next.

Today is all about indulgence...at least as far as decisions are concerned.  You see, recently I was lucky enough to make a connection with author Julia Dweck on Twitter (http:/twitter.com/juleloves2write).  She's a children's author on a mission to right the wrongs of the world one e-storybook at a time. She employs rhyme and meter with a story that's as cute as it is heartfelt leaving behind a masterpiece fit to be shared with one and all. They've really been quite a treat and so in the spirit of sharing (and simply because the books are so short, I don't want to reveal TOO much), today we'll be taking a quick look at three. Ready? Set? Here we go!

All she wants is a normal life, to be treated like every other teenager.  So what if when she talks on the phone it's with SIX other girlfriends at once...or that her summer reading is over in a flash because she can hold and read SIX books at once. Her differences make her who she is, but acceptance of those differences by others REALLY helps form the type of girl...err, octopi... she'll grow into.  She's a hoot with a bright attitude to boot that young readers will love for her quirkiness and older readers will appreciate for the message she sends.

Bud is not your average vampire, in fact he may not even be one through and through thanks to an unusual set of parents, but he doesn't let that stop him from making the most of life.  He shares his preferences, doesn't simply bend to peer pressure, and in the end of this delightful story, finds a role he's perfect for at his new school.  The only drawback I experienced with this one was right at the end.  It goes from "outcast" to "accepted" in the blink of an eye...to me it was almost missing a panel with the speed employed.  Moving on...I have to say that of the three I'm featuring today, I adored the illustrations in this one the most. Thry were crisp, clean, and despite their cartoonish nature, had so much life in them, I expected to see them animate right off the screen. I'll definitely be seeking out further works from both parties this time around.

No, you're not reading that title incorrectly.  This is a story about PIE- rates...as in pirates that are actually pies, female leads that are cherry cupcakes, and crumbly heros that are french bakes goods.  Yes, imagination was certainly in full force here as Cherry longs to be whisked away from her bakecase existence and the dashing Pierre invites her to sail the savage seas (in a mixing bowl no less!) to help rescue his dough (literal dough) from the crusty pie-rates. What ensues is a delightful story filled with rhymes and tasty times that will have little ones squealing with delight and older readers jonesing for a bakes good while smilinv right along.  I mean really, who'd have thought a cupcake could accomplish so much...guess it just goes to show you what you can really accomplish if you never stop believin and never give up.

So you see fair readers, this is a prolific author who tends to wrap her craft in rhyme and meter while dressing it in the finest illustrations to create an appetizing combination for readers of all ages. If you haven't checked out her work, I certainly suggest you do!  You can find out more about these and other titles on her official website (http://www.juleloves2write.com).  These titles were released as ebooks from KiteReaders...so for more storybook action on the go, be sure to check out their full catalog

These look hilarious and I know a certain young man who would gobble these up..thanks :)

These books look too cute! Love the idea of pie pirates! :)

These sound cute and clever.

-Kate the Book Buff
Recent Post: Good Golly Miss Molly! Review: When It Happens to You by Molly Ringwald

Wow, such a wonderful assortment, Scram-pire particularly appeals to me.