Hi guys!
Welcome back to Satisfaction for Insatiable Readers…the place to be when you’re in the mood for a satisfying treat, bookish style.

Today, we’re playing host to a blog tour celebrating the release of author L M Preston’s latest Young Adult lit wonder.  It’s the second in her series featuring a kick butt heroine that will not take no for an answer and refuses to let anyone else carry the burden or fault for the events transpiring…even to her detriment.  If you need a formal introduction to the series, check out my review of book one from days gone bye by clicking HERE; if not, feel free to proceed.  Without further ado, today’s book of choice and blog tour guest is… 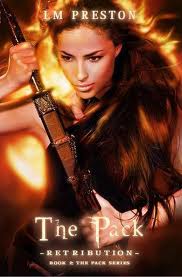 Revenge has met its match, and she's got someone worth fighting for.
Revenge doesn't have a name, but has chosen a victim - Shamira. But she's never been the type to lie down and let someone hurt her family or her friends. In order to find the mastermind behind the threat to all she cares about, she must give up the one person who's found his way into her guarded heart, Valens.
Valens refuses to back off easily, and neither will Shamira's friends. They join forces with her in order to deal with a new enemy who seeks to kill everyone in Shamira's life that dared save the missing kids on Mars.

That’s right!  We’re back on Mars and things are just starting to heat up.  If you thought the enemies were bad in book one, well…you were right, they were!  This time around, they may not seem to be having as wide of an impact but their more focused energies are nothing to shrug off and more often than not have dire consequences….DIRE, as in several people will not make it out alive.  ~ dun dun dunnnn…..~ 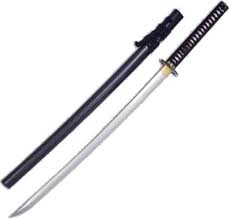 I love the way Shamira is cast in this series.  She started out all easily pitied simply because of the circumstances life dealt her, proceeded to give Johnny Q. Public’s idea of who she should be a run for their money and showed them what she could really do…sight or no sight.  Now that things have been righted in her world (for the most part), one would think…okay, the battle was won, her sight restored and we’ll go skipping through the Martian tulips.´ Right?  WRONG.  There are more bad guys to deal with than those initially off’ed in book one and this time they mean business….or more pointedly, they mean to take out the person who tried to end them as well as everyone and everything she’s ever loved.  Sticky situation especially when that circle of caring has grown to include a few friends and a boyfriend, but nothing she can’t handle…right?  Yeah, well let’s just say that if she doesn’t learn to trust SOMEONE soon, there won’t be anything worth saving.

The supporting cast play their roles and play they well; from friends to frenemies, authority figures to lying cheating scuz bags, they range wide and are varied but pull everything neatly together in the end.  My favorites (beyond Shamira of course) have to include Valens for one.  He may be the “love interest” but that’s not ALL he is.  He has the mind of an inventor, a heart of gold, and the know-how to seriously put a hurting on anyone who messes with those he calls friend.  I can’t see his foundation of truth ever being shaken, even if he is all too often having the wool pulled over his eyes in the case of Shamira’s independent nature.  You gotta love a guy for trying especially when we all know how great they would be together. 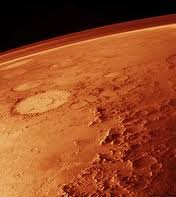 Second spot on the “other favorites” list is claimed by David, Taren, and Manny.  Okay, so I’m cheating a bit….that’s three people crowding into spot number two but they are her siblings by birth or choice and I think of them collectively for the most part.  They are wonderful extensions of her family and the love they show for their sister is pure and true.  Even in the midst of all the chaos that ensues, there are moments of tenderness and joy.  They trust Shamira 100% and would do anything for her just as she would do for them.  It’s not often you see that dynamic in Young Adult books, where the family actually cares for each other greatly, especially between siblings! Moving forward…

In the end, a great addition to a growing series that you need to read to believe.  You’ll be whisked away to a planet beyond our own to a time and place not truly hard to imagine suffering from problems they had hoped to escape with its creation.  Silly planet builders…you should know you can’t run from the bad guys; only hope to control or eliminate them one by one.  Don’t worry, Shamira and her merry band of friends will show you how; after all why would you send a boy to do a woman’s job?  (hehe)

Review copy received courtesy of author LM Preston.  (THANKS!)  For more information on this title, the growing series and her complete body of works, feel free to visit her online, check out her blog, stop by the party blog, like her on Facebook or follow along on Twitter.  This book is available now and should be readily available via favorite online outlet or coming soon to a bookstore shelf near you.  Don't forget to check out the other sites on this tour including My Four Monkeys and The Magic Reads that happen to be celebrating with me today.  Now, for the piece de resistance….a CONTEST! 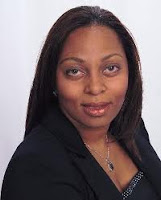 First of all, there is this amazing contest going on over at the party blog as a part of this tour so be sure to check out the GRAND PRIZE…and believe me, it’s pretty darn grand! It includes: a Tshirt, $20 Amazon Gift Card, 1 Ink Pen, The Pack Series (Book 1 & 2 in print), and an ebook copy of Flutter Of Luv! To make things easy, you can even enter RIGHT HERE and then jet off to check out all the festivities...sound good? I thought it might. Here's CONTEST FORM NUMBER ONE...


Secondly…you now have a chance to win a copy of this book on my site…thanks to the generosity of the author.  To enter, just fill in the Rafflecopter form below and POOF….you’re entered!  There will be ONE winner;  US or gets their choice of an ebook or print copy…International is ebook all the way.  Now this is a QUICK contest, so you have from now through midnight September 29th, 2012 to get your entries in…and if you’re so inclined, to spread the word!  Why the quickness?  Simple!  There’s an AWESOME Facebook party scheduled from 11am-11pm EST that day where you and the author can chat and make merry online so what better day to mark the end of the celebration…or perhaps, the beginning if you happen to be the winner.  ^_^

Not one but two generous giveaways.

Sounds like an interesting series and you are so right about the cover which does indeed say this is one kick butt heroine, certainly not someone you'd mess with.

First I have to mention the cover..awesome, and such a step up from the first books cover..and Mars that is so cool, I am really liking the sound of this series. Thanks for sharing your review!

Every time I hear of a main character with no name, I'm reminded of Daphne Du Maurier's novel, Rebecca.

I'm with Kimba, I absolutely love the cover!

It sounds like this series is one that should not be missed. What an interesting description! Wow! Thanks for sharing. I have LM's books on my list of books to read!
~Jess

Thanks muchos for allowing me to stop by your blog. And...and I'm so happy you took the time to read my book baby and liked it :-D

This sounds very exciting! Thanks!

I"m an L.M. fan and a Satisfaction for Insatiable Readers fan - so this is one not-to-be-missed post!

Oh I have the first book of this one, and need to get to it. :) Thanks for the amazing post.