Hi guys!
Welcome back to the weekend edition of Satisfaction for Insatiable Readers….where the bookish party is ALWAYS started and you are most certainly on the guest list. 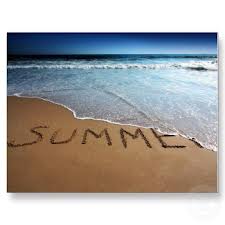 For many out there, summer time officially ended with the arrival of a new school year.  Me?  I LOVED the back to school shopping (new school supplies…YAY! _calms down_) and the anticipation of what we’d be learning that year (English Literature was also a fave subject…).  For Arabelle, the star of today’s book, her heart is set on making a good impression AND a name for herself in the school play (something I would have been WAY to shy to do)…but as a freshman?  Others are so thinking….AS IF!  Shall we have a seat in the auditorium to watch today’s production?  Let’s…or rather please do as I introduce today’s book of choice…

Impulsive, romantic Arabelle Archer is determined to make the most of her freshman year. She'll audition for the school play and soon be on her way to the stardom she knows is her destiny.
Arabelle's year gets off to a unexpectedly rocky start, however, when all the roles in the play go to upperclassmen and she has to settle for prompting. And to make matters worse, her guidance counselor insists that she fulfill her community service requirement by volunteering at the Heavenly Rest Nursing Home -- the last place she wants to be.
But when a crisis puts the school play at risk, Arabelle realizes the true value of the friendships she's made at Heavenly Rest, and discovers that making a lasting impression isn't always about being a star.

The cover screams of cuteness but the story holds more depth than imagined.  This is the story of Arabelle Archer.  It’s her freshman year and she’s going to do things right like add to her circle of friends, perhaps catch the attention of the opposite sex (in a purely demure way…no risqué here, only good hearted fun!), and score a starring role (hence the title) in the school play.  Too bad for Arabelle that the Seniors in the Drama Club do NOT like newcomers, especially those that are lower in the high school food chain.  Yeah…it’s gonna be a GREAT year, simply marvelous….but you know what?  If you knew Arabelle, you might not be so skeptical of that statement…

She is a lean, un-mean, freshman machine sent to the hallowed halls of high school for higher learning (yes) and a chance to reach for the stars!  Her eyes are set on the stars of and she knows just how to accomplish her dreams…good for her!  It’s great to see a go-getter in this genre, which to me is a younger-ish Young Adult or older Middle Grade read.  Too often do we see the damsel in distress that can’t find her way out of a paper bag (not that I don’t like those stories too); it’s refreshing to see someone who has her head on straight…for the most part.  There is one area that Ms. Archer is lacking in and that my friends is compassion, or more pointedly, understanding.  It’s not that she doesn’t understand things, she does but in this instance I’m referring to the idiosyncrasies that reside in us all.  Those things we make exceptions for in others or love/like them in spite of them all; even she falls victim to these oddities that make us who we are.

Arabelle doesn’t see her love of the arts as anything but ordinary, yet to others, she can seem single minded to the point of obsession…especially when a monkey wrench is thrown in the works with the school play.  Her friends accept this and move on, happy to not rock the boat for something that is simply a part of her.  When the tables are turned and the spotlight is not on her or her passion however, now that’s when we run into trouble.  Poor Erna Sue…her best friend tries pretty hard to keep the peace but sometimes even she likes the limelight.  Boris, the new foreign exchange student, is happy to make friends, but when his struggles with our language get in the way of easy conversation, patience is the key not jumping off the handle.  Even Jeff who starts as an annoyance yet has potential to become something more catches grief from the storm that is Arabelle when things aren’t going her way.  Try as they might, until she has her “AH-HA!” moment, they are like actors in a silent film….screaming their heads off and nary an ear drum split in sight.

A bleak picture I have painted, but not all is lost!  There is hope for our star even in the most unlikely (in her mind) of places.  Its name is Heavenly Rest.  It’s a nursing home to which Arabelle has the pleasure of being assigned to fulfill her school’s community service requirement.  The good news?  Not much is needed and it’s only a few hours here and there.  The bad news?  She loathes nursing homes.  You see, she remembers spending time with her grandfather in such a place not so long ago and things did not end well and as some children are apt to do, she blames herself. Why?  That all comes out in the story as does the healing of her heart, but suffice it to say it was no more her fault than anyone else’s; sometimes people are simply called for greater purposes.  Her time spent at Heavenly Rest is not all down and out thought….especially with the “characters” that reside there.  They are a hoot and a half for certain!  You’ve got the older lady who won’t react to anyone, an older man who forgets his clothes half the time and let US not forget the uber cheerful Happy Holliday (Yes, that’s her name…^_^) who helps run the show!  It’s a varied cast but one you’ll come to love as each in turn grows from the experiences they share.

All in all, it’s an inconspicuous little book with a whole lot of heart and much fun to be had along the way.  You’ll blush at Arabelle’s brush with a crush, thrill at her first taste of young love, be excited for and with her as she follows her passions, all the while discovering that everyone is good at something and it’s our differences that make us the stars of our own shows.  Three cheers for Arabelle AND friends!  A book deserving of a standing ovation …

ARC for review won via LibraryThing Early Reviewers and received courtesy of Rachel at WM. B. Eerdmans Publishing Company.  (THANKS!)  For your chance to win a title of your own from upcoming favorites, be sure to visit LibraryThing.com and connect with bookish friends the world over.  To discover more about the publisher, be sure to stop by their official site, check out their blog, like them on Facebook or follow along on Twitter.  Don’t forget to pass a little bookish love to the author as well for creating this fictional world of possibility!  Author Hillary Hall De Baum can be reached online, or on Facebook.  This book was released just last month via Eerdmans Books for Young Readers and should be readily available on a bookstore shelf near you.

This sounds like a fun book and I love that the MC is a girl who knows how to go after what she wants! Arabelle seems like a character I will root for all the way through the book. Thanks for the introduction!
~Jess

Enjoyed your review! Great to hear about a book with a strong, confident girl as the main character! We need good role models for girls and it sounds like Arabelle fits the bill! Much better than Bella at least! *L*

Have a great weekend!

Wow, I just discovered your wonderful review of Starring Arabelle, and since I'm the author, I want to thank you belatedly for your enthusiasm and vote of confidence. If I were Arabelle, I'd toss a blood-red rose at your feet!

Alexia561: Agreed...but hey, Bella had her moments. (Twilight fan, whoo! ^_^) She certainly represents a more "Real" experience than some...

Hillary DeBaun: Wow...thank you so much! *accepts rose* It never fails to put a smile on my face when I have a chance to hear back from the author. Hats off to you on this wonderful book; thanks for sharing your creativity with the world!