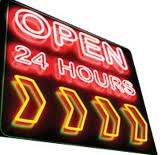 Welcome back to Satisfaction for Insatiable Readers...the place that's open 24/7 to FEED your NEED to READ.  This week, I promised tasty bookish delights, and I plan on delivering just that.  Yesterday, we perused the Southern US of A in a "mockingbird" tone (just check out yesterday's post for more details)...but today?  Today we step into a dystopian future not so far from our own here and now but with startling differences that threaten to shake their world to its core.  The book....All Good Children.  The author....Catherine Austen.

I had the fortune of being asked to participate in the author's blog tour and she graciously entertained a few questions I had about the book.  The following is our email interview exchange...AND for those with questions or thoughts after reading it, you may be interested in knowing that the author is swinging by the site periodically throughout the day to answer any comments, so feel free to speak up!  Without further adieu, please raise your bookmarks high for Ms. Catherine Austen!

Max certainly loved to stir up trouble to keep things interesting yet you could see that underneath it all, he really cared about the world he lived in. How was he able to foster that desire to make things better in a world where much was already set for them?

Max’s love for his family and friends is very intense. Partly it’s his nature and partly his upbringing. He’s an outsider who comes from a strong family, he has a sweet little sister but he misses his father terribly, so he has an unusual sense of protectiveness on the one hand and vulnerability on the other, and together they intensify his love for his family and friends and his fear of losing them. For me, that’s what makes a good dystopian hero: someone who really loves somebody else. When you love someone you want to make the world better for them and you can’t accept the things that threaten them.

Xavier is a side character and yet I can't help but wonder in the way he was developed (so complete and distinct), was he ever a lead character in a draft of the book....or perhaps will he be playing a bigger part upcoming?

Xavier is loosely based on a real person who was the inspiration for this book (a boy who was strange and beautiful and heavily medicated). He was never a lead character but Max’s story began with him, i.e., my first conception of Max was of him half-listening to Xavier. (I never imagine my main character from the outside, always from the inside. It’s kind of freaky.) So even though Xavier is a side character, he’s at the heart of the book. (Or at least beside Dallas. I love Dallas. I would like to adopt Dallas. Or be him. I can’t decide which.) 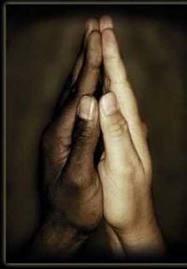 Another surprising, or perhaps not so surprising, part of the story I saw glimpses of dealt with racism. Curious how a society so forward in many ways could be so backwards in others. Was it intentional or did it just surface while the story was being conjured?

It was intentional. Economic uncertainty and changing demographics can bring out hatred and blame in any community. My first draft had more overt discussion of racism and homophobia among the kids at school. Now it reads more like fish in water – which is tough, especially when you’re writing for teens, to show something like that and let it stand without moralizing. It makes for a better book, but one more open to misinterpretation.

But on the question of race... Max was white until midway through my first draft. I had to come up with a Halloween costume, so I sat at my kitchen table pretending to be Max with Dallas, and I picked up the salt and pepper shakers and thought, okay, one of them can be black. Once Max was a visible minority, it suited his character and plot so well I couldn’t think of him any other way.

I have to admit, the scene in the airplane with Ally, Max and the bag of chips...too funny. So the question begs to be asked....was it art imitating life? (Where'd the inspiration for it come from?)

Yeah, I have a teenage son who torments his little brother. I’ve heard praise from many adults about how I captured the annoying jerk aspect of teenage boys in this book. But Max is a saint compared to real kids at their worst. He is arrogant and bored and naughty but very good at heart. I LOVED being in his head while I wrote this book. It was so fun and liberating and young.

Everyone wants to know (or will once they read the book)...will there be a sequel? When? Any details you can share?

Yes, although I didn’t intend one when I wrote All Good Children. It should be out in 2013, if all goes well. Max’s life goes down the toilet for most of the book while Dallas’s takes off flying, and they end up on different sides of a violent clash between a corporation and a commune, through which they uncover a horrifying secret about the agricultural labour force that takes them back home to New Middletown for a good old us-against-the-world smackdown.

If you weren't a writer, what was your plan b?
Pretty much anything that pays.

On your days off, where can you be found?
Libraries, museums, parks, in the basement on the drums, out in the yard feeding squirrels, in coffee shops, at the movies, hanging out with my family.

The most important thing I've learned in life so far is.....
....nothing lasts but some things last longer than others.

Pretty cool, right?
So, what are your thoughts, comments, reactions and the like?
Feel free to leave them in the comments below...you never know when the author will drop by for a spell.

Remember, this is a two post type of day folks, so be sure to stop by later on for the book review.  For more information about the author as well as the blog tour going on now, feel free to visit her official website.  Special thanks to author Catherin Austen for indulging my curiosity and graciously answering all of my questions no matter how prying.  ^_^

Ally, Max and the bag of chips... now I'm intrigued. Thanks for this post Catherine, very interesting, I especially enjoyed reading your thoughts on the racism element.

Thanks for reading and taking the time to comment, Petty. I'm so glad you're intrigued - what kind of torment could be going on with that bag of chips?! Hope you get your hands on the book someday.

This sounds so good. I need to try it.

Thanks, Juju. I hope you do try it. Hey, I checked out your blog - love the literary baby shower display! Gorgeous. (It's never too early to promote literacy.)

Another great interview! It's a treat to see the different questions popped from stop to stop on the tour. Thanks for hosting, SfIR!

Thanks, Danielle, for taking the time to read them and comment - I really appreciate it. And yeah, these are some great questions - they really made me stop and ponder my characters.